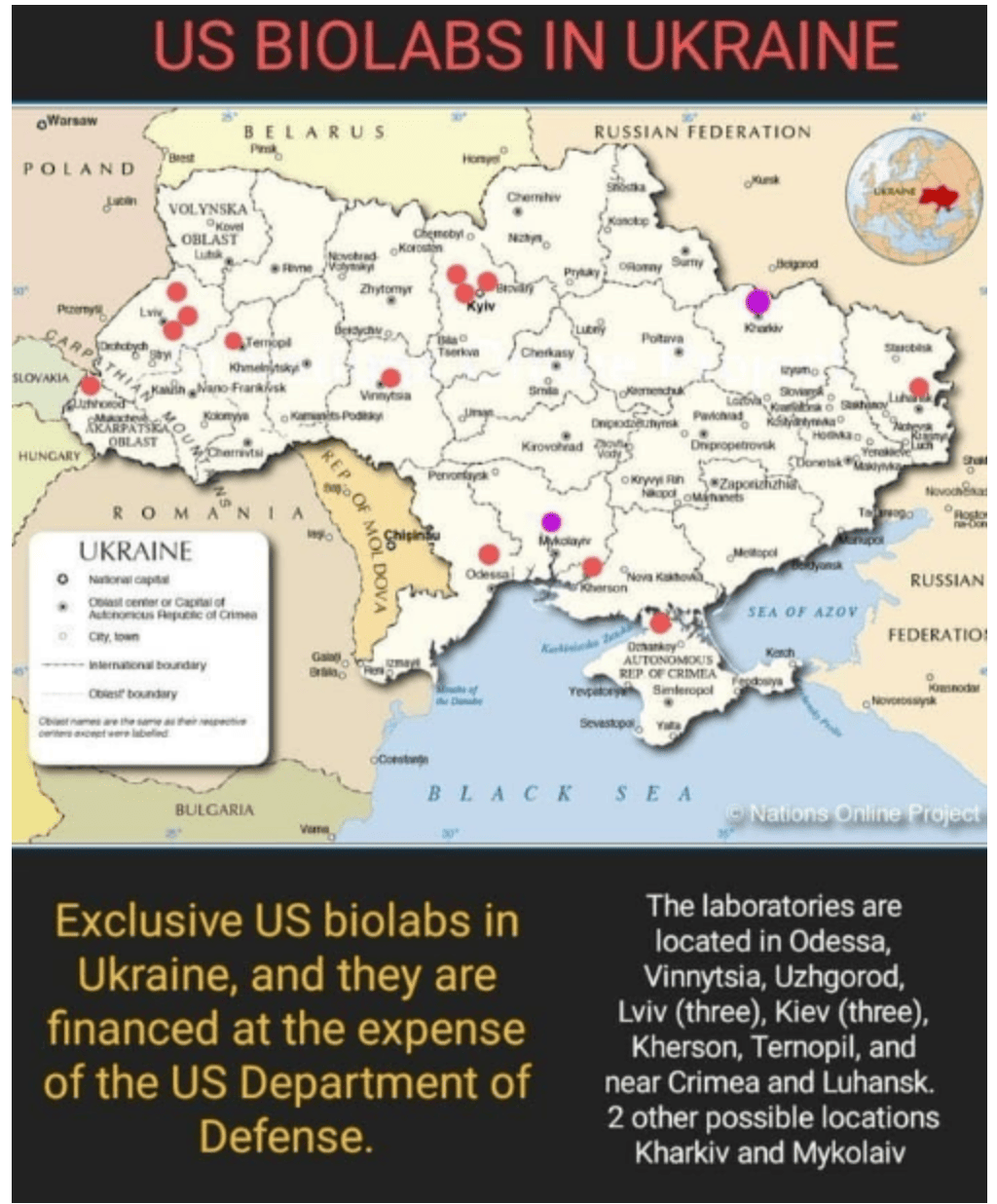 This very powerful Moon/Sun/Jupiter conjunction in Aquarius is breaking old patters on many levels. From this triple conjunction we have a karmic half square to another triple conjunction of Venus/Mars/Pluto Sagittarius and in between is a Saturn/Mercury conjunction in Capricorn.
Now this is a very loaded energy and you can see it unfolding in the war scenario in the Ukraine! There is so much hidden and the government there is supporting the NWO – it is the place were many labs are who create bio weapons and are connected to the cabal.

It is not what is told in the mainstream, there are a lot of different things going on. I heard a very good analyze (https://www.youtube.com/watch?v=KAXWAA5GnEI) If you compare what was going on to other wars that were created by the US: They go in and destroy every thing, force the country into their knees and then come and rebuild… at high costs!
What President Putin is doing is the opposite: they come in and tread very carefully and gentle. When they feel resistance in a city, they move back and surround it. They don’t want to destroy the country but only certain places, like bio labs as highlighted in this image. There is a lot more info in my Telegram group if you are interested. Some mainstream media images are from archives from previous events including some people who “died” several times in such false media reports. They hired actors for such films!

There are so many secrets. lies and deception that it is really difficult to keep up for those who are just awakening now. The horrors go back for so long, centuries and millennia of “prison planet earth” that if someone who has not done any research for a longer time will be totally overwhelmed and what we face now is cognitive dissonance!

Literally, the gates of hell are open, Pluto in Sagittarius with Venus and Mars are showing all the distortion of the pure energies into satanic tools. Just look at the symbol of Venus that is turned around into the evil rune of the devil that you see so often in the music-pop scene and in all of Hollywood’s production, including Disney land and -world. The misuse of the gender is also clearly here, you are born in a specific gender for a reason. We have chosen it to complete our journey and finish the bonds of unfinished business (karma) to be able to ascend. That the evil elite does not want to let go is obvious and the reason is clear: Humans are their food in many ways. They harvest the negative fear emotions and it goes so far that they eat human flesh and drink their blood.

Now all of it comes to the surface and we are forced to confront it for the liberation of humanity, which is represented in the blue trine from this triple conjunction to the North Node in Taurus. The two quintile (yellow), both coming from one of the triple conjunctions are Venus aspects and tell us that the healing can only find place first within us if we let go of all the preconceived ideas about life that are indoctrination which ave been repeated programs for centuries. One of the main mouthpiece of it was religion… twisted teachings of true Masters with oh so many contradictions! How can a god be loving and at the same time punish you to rot in hell eternally? The image of god has been made into an image of a father that is moody, unfair and mean. On the one hand god is love, on the other, they claim that you have to go to war in his name and kill people.

There is another aspect in this triple conjunction, which is the birth of the new world. Those who follow my readings longer, know that I “see” in Pluto not only the Lord (or Lady) of the underworld but also the limitless potential of creation. Considering that within Scorpio is the hidden 13th sign, there must be a second ruler here and the topic is more… the whole distortion of astrology into a system used today that in fact (yes solid fact) has nothing to do with the star constellations in the sky how they are visible to us. You can see in the horoscope image in the outer circle are the real star constellation and in the center you find the tropical/western chart with is widely used. Which is why I came to astrology as a skeptic! Every charts I looked at, there were question marks and they were just not completely accurate and some totally useless. Since I work with the real star constellations I have never experienced this! This is also true for the time quality that I am analyzing in this way since 1993.
Therefore, if you look at the triple conjunctions, in the center circle of Western Astrology they are in different sighs and don’t make any sense at all!

Mercury in Capricorn with Saturn in conjunction is very difficult to understand because the program won’t let us see the truth. We have to free ourselves first from the program and the first step is to know that it is a program and the second step would be to acknowledge that what we know might not be true and have the courage to question every thing.

The dark moon conjunction with Jupiter is helping us now to expand our consciousness and feelings into realms where they have not been for a long time. Meditation in all ways is a very helpful tool, no need to follow instructions, just be. For some mediation is sitting still, for some it’s walking, hiking, swimming etc. It is a place that is inside and not connected with the “first world” that we see with our eyes, but the “second” world that is behind it. The world where we create our lives and manifest what we experience.

Aquarius brings us the unexpected and with the half square as a karmic aspect which connects us to the other triple conjunction in Sagittarius, does not give any break and option. The old is falling, the veil that has hidden the truth is falling and reveals the skeletons in the cellar. Which are old fears, phobias and shock experiences that need to be healed.

The reason I mention above the situation in the Ukraine is just a sample of what is happening with each individual. The abuse that has happened there and in many other places can’t be hidden anymore. We need to bravely face it, transform, forgive and move on. There is a second half Square from Chiron (finally not retrograde anymore) and the North Node confirming this!

Life that is ahead of us is beautiful. The call to the individual to take back his/her power is a fantastic opportunity, but also requires the courage to stand on one’s own two legs and start to be responsible for life. This is our future, no rulers like in the past will tell you what to do. Creativity will be the key to every thing and with all the new things that will be revealed, patents, free energy and much more, it is more than worth the time now to transit consciously, take of the dirty glasses and step by step redeem and heal what every comes up in your life.

Remember: you have created it.. all of it… even if you don’t remember! Now taking back our power we start to create consciously and detach from the program of anticipating the negative. Being in nature can help a lot!

Many blessings to you,
Katharina

SkyView Astrology does not tell you who you are, but shows the time quality and blueprint/road-map of one’s life. It also is no fortune telling tool and can’t predict the future since you have the innate ability to co-create your life within the curriculum you have chosen for this incarnation. Once you know how, you can change your life and time line.

The Western Astrology has nothing to do with the star constellations, but is a method to show how the sun moves trough the season, which makes a certain sense in the northern hemisphere, but doesn’t make any sense near and below the equator in the southern hemisphere. The sun represents out consciousness and not the “persona”

For your convenience I list the degrees of the sign and dates when the sun enters the signs:

The dates of the transition of the sun are based on the guidelines of IAU (International Astronomical Union).

Katharina Bless is Author of “SkyView Astrology – Applying the real Star Constellations to our Life’s Journey and Soul Evolution” and “Flower Healing Power” book one and two and “The Secret of the Abundance Box”. She lives in Chiang Rai, Thailand. If you are interested to have a personal reading or life coaching, you find the contact info here: http://www.somaretreatcenter.com/contact-us.html