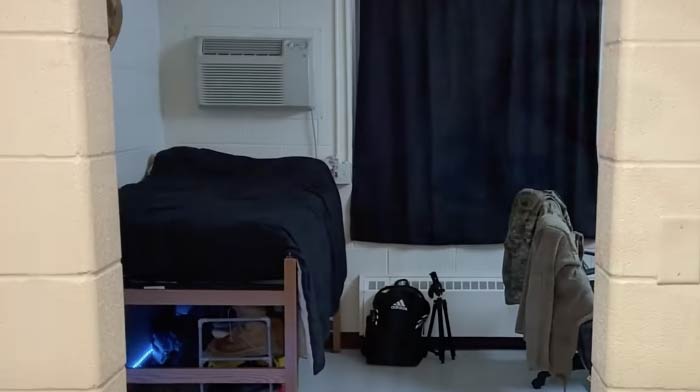 There is something very odd going on at Fort Bragg.

So, incredibly odd, that an investigative reporter and the contributing editor of Rolling Stone Magazine wants to know what the heck is going on.

His name is Seth Harp, and he’s been following a disturbing story out of North Carolina, involving A LOT of servicemen who are turning up dead in their bunks at Fort Bragg.

“83 soldiers died at Fort Bragg in the 18 months ending June 2021. Only 11 of those deaths were from natural causes. Fort Bragg hasn’t announced any fatalities since then. They’re still happening, but the base has gone dark.”

Back in January 2022, Seth wrote about this for Rolling Stone. In that piece, he discusses the MANY mysterious deaths occurring at Ft. Bragg since early 2020.

He writes: meanwhile, Fort Bragg soldiers have been turning up “unresponsive” in their barracks on a disturbingly regular basis since the beginning of 2020, including Caleb Smither, Terrance Salazar, Jamie Boger, Joshua Diamond, Matthew Disney, Mikel Rubino, Michael Hamilton, and numerous others who have not been named. Drugs may have been involved in the cases of Diamond and Disney, who were found dead on the same day in June 2021, just two weeks after an airborne master sergeant named Martin Acevedo III was charged with trafficking cocaine. Otherwise, there has been absolutely no explanation from the Army for how these apparently healthy young men died.

Likewise, in January 2021, an Army captain named Robert Latham died from an “apparent heart attack,” despite being 32 years old and seemingly in excellent physical condition. In October, a highly trained Green Beret and intelligence sergeant named Calvin Rockward died from a “sudden, unexpected medical event,” though he was only 38 and in even better shape, to go by his Instagram photos.

In total, a staggering 83 active-duty soldiers stationed at Fort Bragg died in the 18 months ending June 2021, according to data obtained by Rolling Stone. Only 11 of these deaths were from “natural causes.” Many, perhaps a plurality, were suicides. But in no fewer than 33 cases, the Army has classified the cause of death as “undetermined.”

In other words, the Army can’t or won’t say how a whole platoon’s worth of soldiers died at its largest installation, home of the Special Forces, the Airborne Corps, and the Joint Special Operations Command. Over this same 18-month period, just three Fort Bragg soldiers died in overseas combat, meaning these elite troops are a dizzying 27 times more likely to die stateside than in war zones such as Afghanistan, Iraq, and Syria.

And just yesterday, I saw this tweet from Seth.

Nine more soldiers, all in their 20s or 30s found “unresponsive” in their bunks.

Here’s what Seth said: “Here are nine more US soldiers, all in their 20s or 30s, who recently died at Fort Bragg from “undetermined” causes, or after being discovered “unresponsive” in their bunks. How can the US Army not know what is killing these soldiers? No comment from Fort Bragg.”

Could this be rampant drug use and overdoses? Yes, of course, it could be drugs or some other nefarious reason.

But while we’re contemplating that, shouldn’t we also look at the possibility this could be related to the vaccine?

After all, the military started “officially” injecting soldiers back in December 20202.

A year later, the MHS has distributed more than 6.4 million doses of COVID-19 vaccine and reports 90.1% of active duty service members are fully vaccinated against COVID-19, with an additional 6.4% partially vaccinated.

It’s encouraging to see that an investigative reporter is actually “curious” about these deaths, but let’s see if he actually works to uncover what’s really going on, or just provide “cover” for the government…

Whatever is going on, there must be a full-scale transparent investigation, and we the people need to speak out about it, and demand lawmakers get involved.

No matter what the cause, something very terrible is happening, and it’s killing a lot of healthy young people, and we need to find out exactly what is going on at Fort Bragg — and also, is this happening at any other military bases?

There are a lot of questions right now, and not a lot of answers.