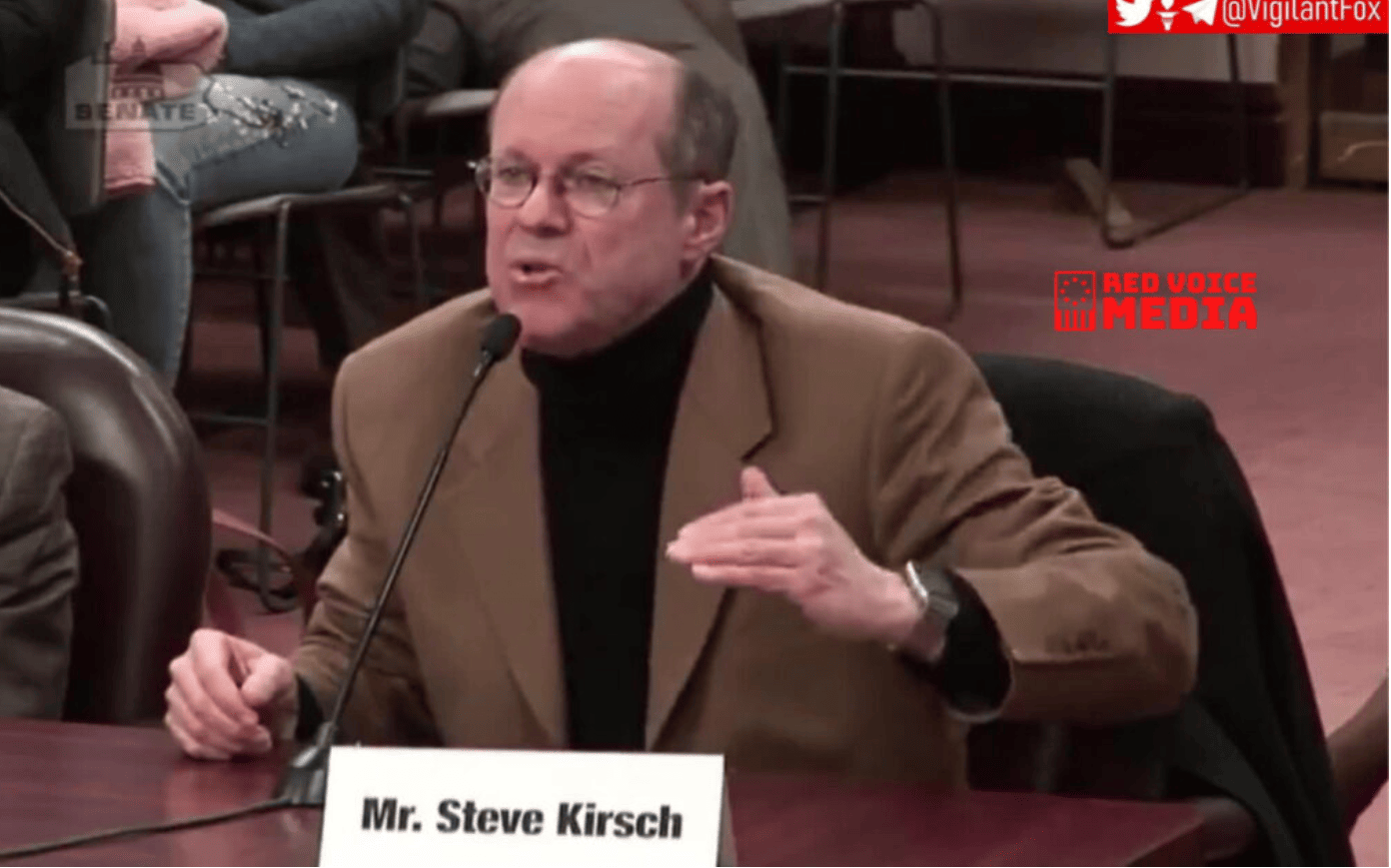 Earlier in March, Steve Kirsch participated in an expert panel discussion regarding COVID-19 before the Pennsylvania Senate, claiming that the injuries stemming from the COVID jab rollout “is the worst cover-up in human history.”

During the March 4th panel discussion, Senator Doug Mastriano gave a warm introduction to Kirsch, highlighting his notable work in technology and efforts regarding the pandemic.

“Our next presentation is from Mr. Steve Kirsch, he’s a former Silicon Valley tech executive. And when the pandemic started he created the COVID-19 early treatment fund to fund researchers working on repurposed drugs, including Fluvoxamine, which is shown to reduce death from COVID by a factor of 12 – that’s amazing – that study was featured on 60 Minutes. Steve also writes a popular COVID-19 newsletter on Substack and has testified in front of the U.S. Senate regarding the pandemic response.”

Kirsch made mention of his theory surrounding the alleged underreporting he suspects is present within the VAERS data as it relates to deaths caused by the COVID shots. He then segues to how the insurance industry has seen an increase in deaths for those under 64, saying that such spikes in deaths “can’t happen by chance.”

“In other words, you take the 10,000 deaths in VAERS and you multiply by 41, you get 410,000 deaths. Now if those people weren’t killed by the vaccine, what killed them? Nobody wants to answer that question. You know, it’s the same with the insurance company. You know, the insurance company executive in Indiana thought he was just talking to his peers when he mentioned there was a 40% increase in the third quarter in deaths of people under 64. That’s not supposed to happen if you look at the insurance statistics, they’re all flat, they’re all – it’s the same number every year. And now it just jumps 40%, how does that happen? That’s a 12 sigma variation, it can’t happen by chance.”

Kirsch also brought up conversations he’s had with embalmers, saying how one, in particular, has seen an alarming rate of “these blood clots that had never been seen before the vaccines,” were released to the public.

“So it didn’t happen by chance, something caused that. Something caused – this is like the greatest cause of death in human history, and nobody knows what it is. I’ve talked to embalmers, embalmers are the end of the line, you know they’re right before you go six feet under. I talked to one embalmer, 93% of her cases – that’s what they call the dead bodies, they call them cases – 93% of the cases had these blood clots that had never been seen before the vaccines rolled out. Now she’s seeing those blood clots in 93% of the people she embalms. This is the greatest killer of mankind.”

According to the entrepreneur, he feels as though these deaths presumably stemming from the COVID jabs are part of the “worst cover-up in human history,” and facilitated by “the U.S. government.”