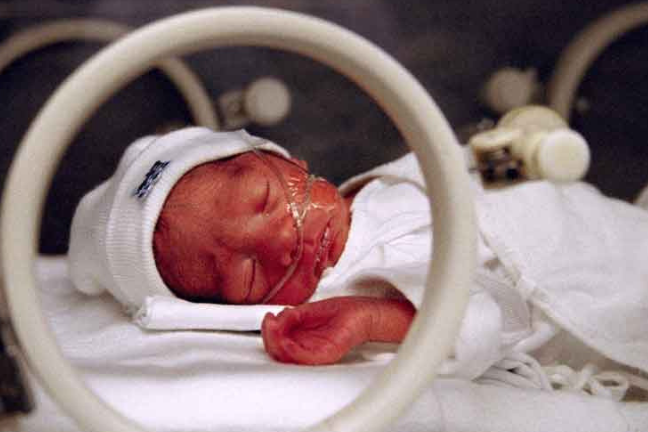 A California Assembly committee has passed a radical bill that legal analysts say would legalize infanticide, letting babies die up to 6 weeks after birth.

Assembly Bill 2223, sponsored by Assemblywoman Buffy Wicks, D-Oakland, is one of eight bills that the Planned Parenthood Affiliates of California identified as a legislative priority this year and the Assembly Judiciary Committee held a hearing on the legislation today.

While more than a hundred individuals opposed AB 2223 in committee — in person or by phone — no individuals spoke in support of the bill. The only supporters of the legislation were pro-abortion groups like Planned Parenthood, NARAL and the ACLU.

All six of the committee’s ruling Democrats voted in favor of AB 2223 awhile the three Republicans on the panel voted against it. Now the measure heads to the Assembly Health Committee and, if approved there, if will proceed to the full California Assembly.

Pro-life advocates and a legislative analysis warned that Wicks’ bill would legalize infanticide as well as expand abortions. Attorney Wesley Smith has written how the bill would possibly allow letting babies die as old as 6 weeks but it appears certain that infanticide would be tolerated for the first 28 days after birth.

The bill would prohibit authorities from charging a mother for “actions or omissions” related to her pregnancy, “including miscarriage, stillbirth, or abortion, or perinatal death.” Anyone who “aids or assists a pregnant person” also would be exempt from prosecution. Additionally, the bill would allow the woman to sue police and other authorities who arrest or charge her in such cases.

According to the California Family Council, the “perinatal death” language in the bill would exempt mothers who kill their newborn babies from prosecution.

“Although definitions of ‘perinatal death’ vary, all of them include the demise of newborns seven days or more after birth. Some definitions extend from weeks after birth up to a year,” the pro-life organization said.

A legislative analysis of the bill also confirmed that the “perinatal death” language could be interpreted to allow infanticide, according to the Bee.

“As currently in print, it may not be sufficiently clear that ‘perinatal death’ is intended to be the consequence of a pregnancy complication,” the Assembly Judiciary Committee bill analysis states. “Thus, the bill could be interpreted to immunize a pregnant person from all criminal penalties for all pregnancy outcomes, including the death of a newborn for any reason during the ‘perinatal’ period after birth, including a cause of death which is not attributable to pregnancy complications, which clearly is not the author’s intent.”

Wicks lashed out pro-life advocates for exposing the problems in her bill, calling their alarm “absurd and disingenuous.”

“Anti-abortion activists are peddling an absurd and disingenuous argument that this bill is about killing newborns, when ironically, the part of the bill they’re pointing to is about protecting and supporting parents experiencing the grief of pregnancy loss,” she said in a statement.

Wicks filed an amendment to her bill Monday that changed the language to “perinatal death due to a pregnancy-related cause” but leading pro-life groups in the state still opposed the bill, saying it allowed infanticide.

As it currently is written, attorney Susan Arnall, of the California-based Right to Life League, said the bill would allow abortionists like the infamous Kermit Gosnell to murder newborns without consequences.

“In California under AB 2223, former Philadelphia abortionist Kermit Gosnell, who murdered three infants born alive after botched abortions, could not be prosecuted,” Arnall said. “And incredibly, someone like Gosnell who helped a California mother kill her newborn after birth will actually have a cause of action to sue police for investigating the matter if AB 2223 becomes law.”

Republican Jordan Cunningham of San Luis Obispo did not vote.