Prepare For Change
Home Discernment Will everyone who got “vaccinated” for COVID be dead by 2025? 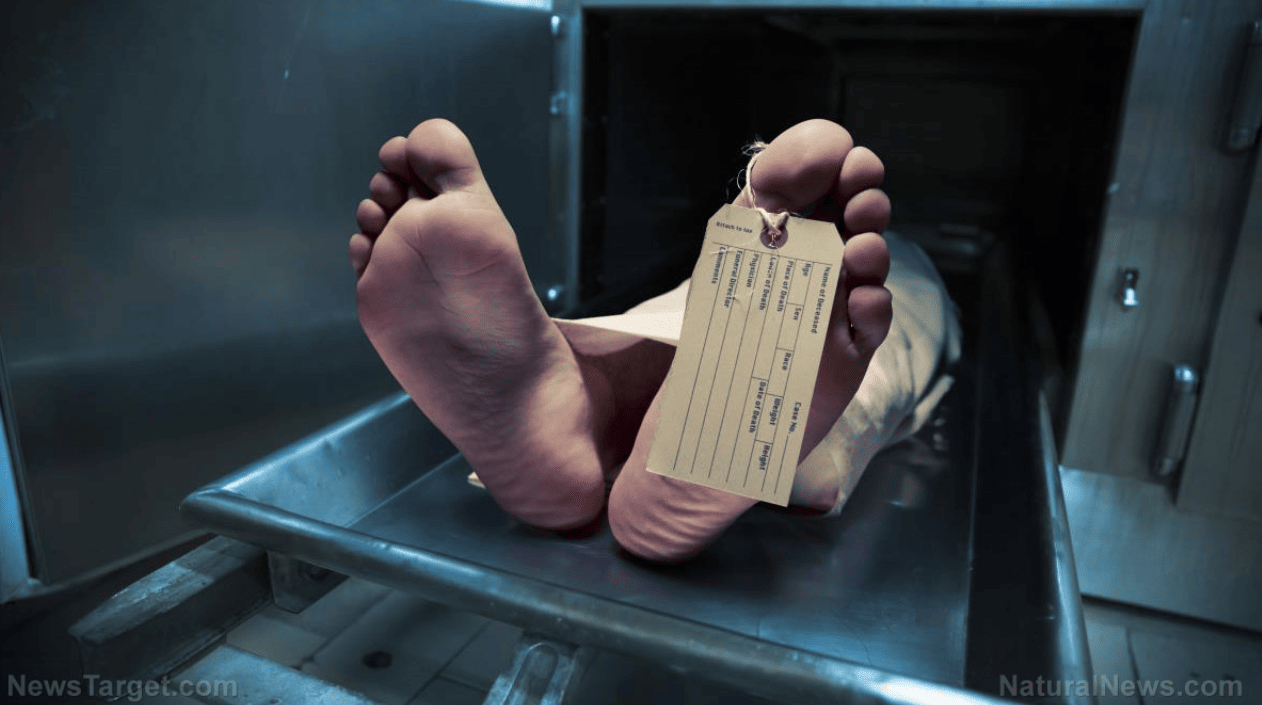 Attorney Todd Callender, CEO of a large insurance group, is warning that excess mortality and “every kind of disease” is skyrocketing among the “fully vaccinated” for the Wuhan coronavirus (COVID-19).

Callender spoke via a video call about how excess mortality is up 84 percent while excess diseases are up 1,100 percent. In 2022 alone, he said, his company is expecting a 5,000 percent increase in deaths, compliments of Operation Warp Speed.

“I happen to be in the morbidity business,” Callender explained during the call. “I don’t think that it’s by coincidence, by the way, that Moderna has now just received licensure of their emergency use authorization HIV vaccine. So, they gave everybody AIDS, and here’s your salvation, another vaccine.”

Preliminary mortality data from the Centers for Disease Control and Prevention (CDC) from 2021 shows an expected death count of 2,948,273. In actuality, there were 3,447,405 deaths, meaning there were 499,132 excess deaths for the year.

With a 5,000 percent increase in excess deaths so far in 2022, Callender estimates that as many as 25,455,732 jabbed people in the United States could die just this year alone.

Did the DoD know about future mass COVID jab deaths back in 2015?

At this rate, assuming it continues on the current trajectory, everyone who got injected for the Chinese Flu will be dead by 2025. This was also forecasted in the population reduction charts that have been posted at the Deagel website for many years.

“About one third of Germanys population remain unvaxxed,” Turner explained. “Today’s population is 83 million, so Deagel’s report may be quite accurate.”

Since Deagel has been around since 2015, the Department of Defense (DoD) guy who runs it appears to have known since at least that far back that there was going to be a plandemic, and that many, if not all, of the people who got “vaccinated” for it will soon die.

“Deagel has always had the forecast at the year 2025,” Turner said. “The numbers may have fluctuated but the date never did.”

We also now know that Big Pharma and the Food and Drug Administration (FDA) have known for at least the past year-and-a-half – and likely long before that – that the COVID-19 “vaccines” damage the immune system and trigger antibody-dependent enhancement (ADE).

In essence, the jabbed now have vaccine-induced AIDS (VAIDS) and could succumb to a deadly cytokine storm (ADE) at any moment. For some, this has already happened and they are now chronically ill or deceased. For the rest, well, time will certainly tell what becomes of them.

“Fifteen fully vaxxed and boosted professional tennis players had to withdraw from the Miami Open this week because of chest pains,” wrote a reader at Natural News. “You draw your own conclusions.”

“99.9% people do more research for a used car than any vaccine they may take,” wrote another. “A pro vaxxer is most of the time someone has done zero research.”

“Vaccines have historically been soft-kill bioweapons wrapped in the ‘Hegelian dialectic’ as … ‘mankind’s greatest achievement,’” added someone else. “Vaccines certainly have been the predator class ‘greatest achievement’ to #1 dupe the sheep class into poisoning themselves especially their own children, and second, make the SICK industry rich and more powerful beyond their own wildest dreams.”

Here’s the full interview with Todd Calender, via Brighteon.com: