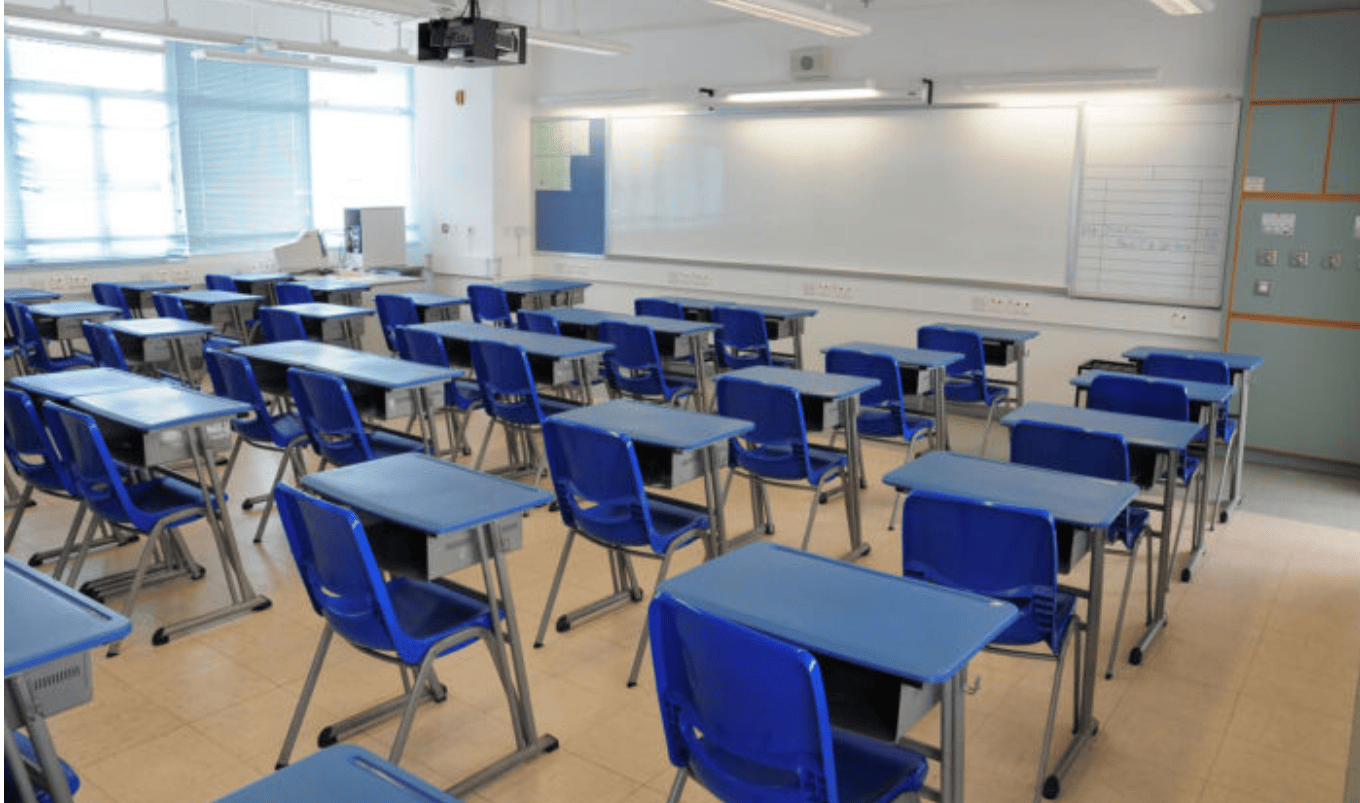 With the end of the academic year in sight, an overwhelming number of educators are planning to close the book on their teaching careers.

Much of this stems from post-pandemic classroom behavioral challenges with students and ongoing staff shortages that create excessive workloads for teachers.

Many educators who have 25 years or more under their belt are opting to retire, but even less seasoned ones are walking away and choosing different career paths.

Back in February, the National Education Association (NEA) released a study conducted by GBAO Strategies that revealed a startling 55 percent of teachers planned to leave their profession ahead of schedule.

The NEA is the most prominent teachers union in the United States and represents 3 million educators.

Widespread educator shortages pre-date the arrival of COVID-19, but the pandemic also served as the last straw for many, kicking off the trend of an early departure.

A RAND study from January 2021 showed nearly a quarter of those surveyed expressed the desire to quit after just one year of teaching during the pandemic.

The average national turnover rate was only 16 percent before COVID-19. However, in 2021, that number jumped to 25 percent.

This year, 80 percent of NEA members reported that unfilled job openings at schools have led to more work obligations for the educators who’ve chosen to stay in their profession.

“I think people are leaving because it’s all too much. It’s a firestorm. It’s all eroding,” Heidi Rickard told The Epoch Times.

Rickard has been an educator since 1999. After spending some time teaching in Colorado Springs, she put down roots in the Alameda Unified school district in the San Francisco bay area.

She explained that many veteran teachers “just can’t take it” anymore and are leaving due, in part, to the scale of mental health challenges students brought back to the classroom after two years of online learning.

“As a veteran teacher, when the best of my best isn’t working, that’s so defeating,” Rickard said.

Two years of excessive screen time at home and the disengagement of online learning have left students struggling, falling behind, and adrift in a sea of depression.

COVID-19 and its subsequent restrictions created a mental health crisis for youth, which is now manifesting as aggressive or excessively troublesome behavior in the classroom.

And the dire shortage of counselors in school districts to assist students has added to this.

Rickard noted, “We haven’t had a counselor all year. Nobody even applied.”

Findings from a joint study on the role of school counselors from the Connecticut State Department of Education, the Connecticut School Counselor Association, and the Center for School Counseling Outcome Research and Evaluation at the University of Massachusetts Amherst revealed schools with fewer students and more counselors had lower rates of student suspensions and disciplinary actions.

Former superintendent, educator, and school counselor Gary Marks spent decades working in Nebraska schools. He agreed that student counseling and support for teachers in the classroom have hit a critical point.

“You need way more counselors when you’re having all these mental health issues,” Marks told The Epoch Times.

For example, he pointed to where his grandchildren go to school in Tennessee’s Farragut school district, which has only two counselors for about 600 students.

He also thinks a general lack of respect for educators underscores why more are leaving their jobs early, and others are reluctant to apply.

“The respect situation is just a huge issue,” he said.

Marks was candid when asked about the difficulties of hiring new talent in schools. “I don’t know right now, given the way the world is, if I’d be interested in being a classroom teacher.”

Yet the struggle to keep existing educators and hire new ones is only half the battle. A new report from the American Association of Colleges for Teacher Education indicates that university students pursuing teaching degrees are declining.

In 2019, U.S. colleges awarded fewer than 90,000 undergraduate degrees in education. That’s down from nearly 200,000 a year in the 1970s. Over the past 10 years alone, the number of people completing traditional teacher preparation programs has dropped by 35 percent.

“This is a five-alarm crisis,” said NEA president Becky Pringle.

One of the hurdles administrators face amid the staff scarcity is a lengthy certification and training process even after qualified university graduates apply to teach.

“I want to continue teaching—however, I’m being forced out,” Lisa Carley Hotaling told The Epoch Times.

Having taught in Michigan and New York, Hotaling found herself between a rock and a hard place after she took a teaching job in California as an emergency hire in the Alameda Unified school district.

Despite already having a master’s degree and more than a decade of education and classroom experience, she still has to take the California Basic Skills Test (CBEST) and go back to school specifically for her master’s in education to continue teaching.

“That only gives me a one year credential,” Hotaling explained. “[Then] I’ll be required to return to school to do what I’m already doing in the classroom. It makes no sense. And I have to pay for further education on top of it?”

Last year, the Golden State eliminated the requirement for the CBEST and the California Subject Matter Exams for Teachers (CSET) to earn a teaching credential, so long as the applicants complete approved coursework.

Yet, some districts still want their educators to complete the additional screening, despite a shortage of educators.

Dutton has been a math instructor for nine years in the Community Learning Center Schools in the San Francisco Bay area.

She explained a lot of time is spent training a teacher who may leave if they’re not a good fit. This happens more often with newer teachers because Dutton says the first three years are profoundly challenging.

“I went into COVID with seven years of teaching experience. If your first three hellish years are on top of a pandemic, it would just crush you,” Dutton said.

“We lost a lot of teachers before the pandemic anyway, maybe 30 percent. But if you started in the middle of this horrible pandemic … people think it’s just too hard and can get paid as much or more doing something else.”

And the lack of substitute teachers has created a disproportionately high workload for the educators who remain.

“The sub [teacher] shortage is awful. We haven’t had subs all year, I think the pool of them dried up during COVID,” Dutton noted.

Additionally, Rickard says the lack of substitutes makes it nearly impossible to be gone for even a day.

“I feel guilty if I have to take a day off. There’s literally no one to cover. It leaves everybody in a bind.”

Dutton mentioned that in the high schools in her district, only three teachers would return in the fall. The rest will be new hires.

“If all the veteran people give up—where will we be?” Rickard asked.