Prepare For Change
Home Financial US FED is Quietly Handing Out $250 Million in Interest Payments PER... 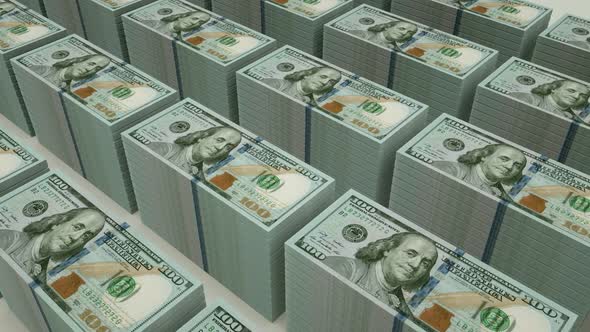 With all of the money laundering schemes currently in the works – ‘stimulus’ money, billions in aid to Ukraine, executive orders for… solar panels, endless money for experimental vaccines, etc. – it seems as if the powers at be are literally ‘cashing out’ while they can as they burn the economy down in preparation for the great reset.

In response to the record inflation, which is being caused by reckless and destructive spending by the Biden administration and the Federal Reserve, the FED raised interest rates by 75 basis points last month – the largest increase since 1994 – in an effort to slow the Bidenflation tidal wave.

Unsurprisingly, there has been little to no improvement in the economy since the change. In fact, inflation has continued to trend in the wrong direction since the rate was raised. On top of that, the FED revised its quarterly projections to show negative GDP growth is expected for the second quarter in a row, signaling that a recession isn’t on the horizon – it’s fully here.

Instead of helping ease the economy back on track, as intended, the raised interest rates could end up making the skyrocketing inflation issue markedly worse, as the change quietly paved the way for a small group of mostly unidentified beneficiaries to begin reaping hundreds of millions of dollars per day by way of interest payments, thanks to the Federal Reserve’s reverse repo program.

With a record 2.330 trillion in cash holdings on hand within the Federal Reserve’s reverse repo facility, interest payouts have ballooned since the FED’s rate hike, and now total over $100 million a day.

A total of 108 depositors, who hold assets in the fund, are the recipients of the payouts.

…there is a record $2.33 trillion in cash parked at the Fed’s overnight facility, doing nothing…

…Well not nothing: it was nothing when rates were zero, but at 1.55% which is the current reverse repo rate, that $2.33 trillion is a golden goose for the 108 counterparties that are parking cash at the facility, a mixture of money market funds, banks, GSEs and various other financial intermediaries.

How big is this particular Golden Goose? The chart below shows the payment in interest that the Fed makes day on this record $2.33 trillion in funds: as of today it amounts to just over $100 million every single day! That’s right, more than $100 million in interest payments on funds parked with the Fed, which is by definition the world’s only risk-free counterparty!

As ZeroHedge points out, the interest profits are only due to the FED’s past reckless spending.

“All of the above is with the Fed Funds rate at 1.75%. As a reminder, the Fed hopes to keep hiking at least another 175bps (or more) in the next 6 months, which will push the rate to 3.50% and will mean that the Fed will be paying half a billion in interest every single day to a handful of mostly unknown counterparties every day, money which for said counterparties is also known as (riskless) profit and which is only the result of the Fed’s previous money printing.”

And, with that, another scheme was set in full swing.

‘We live in an Orwellian hell-scape’: Facebook fact-checks top economist for stating America IS in a recession after Biden refused to admit it