Prepare For Change
Home Awakening The Unvaccinated Will Be Vindicated: A 100K Thank You to the Citizen... 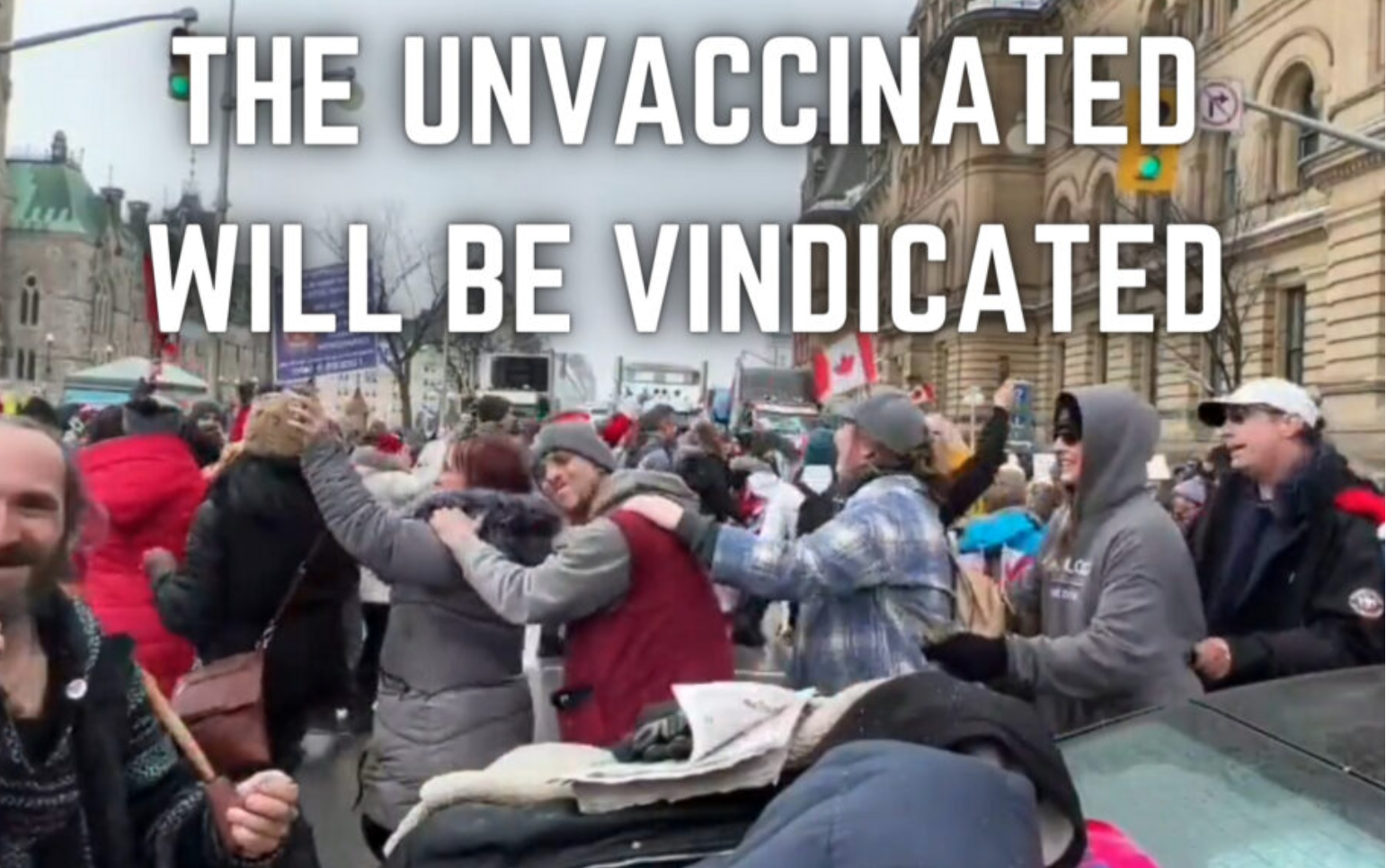 Mandates are now becoming a thing of the past, thanks to brave freedom fighters who had the courage to say NO.

Yesterday (8/15/22), I hit 100K subscribers on Telegram. And wow, what a wild ride. I am truly living the dream as I’ve turned a passion of mine into a career. And I want to thank you all for your support, as YOU were the ones to help make that happen. I made a video compilation for the occasion, and my initial intent was to showcase the events of the past year from my point of view.

But in the process, I came to a realization. When you reflect on where we were then and where we are now, you can’t help but think, “Wow. I am so thankful for the progress we’ve made.” Because the unvaccinated were on the verge of being “othered” to the point of being sent straight to the gulags… “Over 200 million Americans have gotten at least one shot. We’ve been patient, and our patience is wearing thin, and your refusal has cost all of us.”

This was the moment that sent a deep chill down my spine and raised all alarm bells that “We are on a very dangerous path,” and I decided there and then, “I can no longer be a spectator.”

The President of the United States was directly threatening his own citizens and blaming a subset of people for the ongoing COVID crisis. I was thinking, “Haven’t we learned from mistakes of the past that you don’t single out one group of people and blame them for the woes of the country?” But this took a global scale… We were between stages 6 and 7. The government was deliberately propagandizing the vaccinated to turn on the unvaccinated. And they waited until they reached the majority of the populace before doing so…

And then came the two-tiered society… (October 2021) Reporter: “So you’ve basically said this is gonna be like … two different classes of people if you’re vaccinated or unvaccinated. You have all these rights if you are vaccinated.”

So those God-given rights you were born with? “We’re taking those away unless you comply with our demands.”

These policies were overt human rights violations, and it saddens me how so many people were okay with them. But it goes to show the power of propaganda, mind control, and group think.

And as if things weren’t getting absurd enough.

If you dared to speak out against the mandates, even if you are vaccinated, you’re just as much “anti-vax” as the unvaccinated. In other words, “If you dare to question the authority of the state, we will also place you into the ‘other’ category.”

And then came discriminatory lockdowns of the unvaccinated. Most notably in Austria. (November and December of 2021) The unvaccinated were barred from leaving their homes for all “non-essential” purposes. You couldn’t even take your family for a humble meal at McDonald’s without the threat of police barging in to check your papers.

Keep in mind that it was well known that the COVID jab did not stop transmission. But governments worldwide continued to punish the unvaccinated, stripping away their jobs, their ability to travel, ability to feed their families… They went as far as to divide us with fences… And Austria even intended to criminalize being unvaccinated… (December 2021) “An Austrian newspaper published the rules the government wants to introduce on first of [February] already here in Austria. Those rules say that if you’re not vaccinated, you can get fined up to 2000 euros each time you’re caught unvaccinated. This can mean, and this is explicitly being said so that you can also get fined more than once a day, or three times, four times, five times if you’re unvaccinated. If you refuse to pay this, the government wants to put us into a separate prison which has to be created for unvaccinated people up to one year.”

On a global scale, the unvaccinated were treated like animals, “others.” So were the people who didn’t want to wear a mask…

An Australian police officer manhandled and appeared to choke a young woman for mask noncompliance outdoors. Quarantine camps popped up in Australia.

With fines of up to 5,000 Australian dollars for breaking the rules on their grounds… But in the face of coercive measures and medical tyranny, a ‘small fringe minority’ took a stand. (January 2021)

The Canadian truckers were the tip of the spear. Students started walking out of schools with mask mandates. And protests to end the mandates became larger, more frequent, and more fierce across the globe. In Wellington, New Zealand, the Māori people demonstrated outside of parliament with the famous “Haka,” a ceremonial dance with a history of intimidating its opponents before times of battle.

Thanks to these demonstrations and dissenting voices speaking out, ‘The Science’ was exposed, public opinion shifted, and vaccine mandates went down one by one. Dr. Ryan Cole speaking at the ‘Defeat The Mandates’ rally in Washington, D.C.

What appeared to be a certain just a year ago, vaccine mandates for schoolchildren, except for a few outliers, are NOT HAPPENING in the United States. Thanks to the unvaccinated, their resolve, their courage to say NO in the face of tyranny, there is still a control group for the greatest experiment ever conducted on humanity. The Unvaccinated Will Be Vindicated

“It was not compliance that ended domination by big pharma companies, Bill Gates and his many organizations, and the World Economic Forum; it was the thanks to the people we tried to embarrass, ridicule, mock, and tear down.

We should all try and find some inner gratitude for the unvaccinated as we took the bait by hating them because their perseverance and courage bought us the time to see we were wrong.

So if mandates ever return for COVID, or any other disease or virus, hopefully, more of us will be awake and see the rising authoritarianism that has no concern for our well-being and is more about power and control.

The war on the unvaccinated was lost, and we should all be very thankful for that.” Thank you for making it all the way to the end. If you had the courage to resist vaccination or speak out against the mandates, I want to offer you my deepest gratitude. Thanks to your bravery and the millions alike, we’ve been spared from the gulags and have the powers that be on the ropes.

There’s much more progress to be made, and we will get there in time, but when you look back at where we were then and where we are now, there is no doubt that WE ARE WINNING!