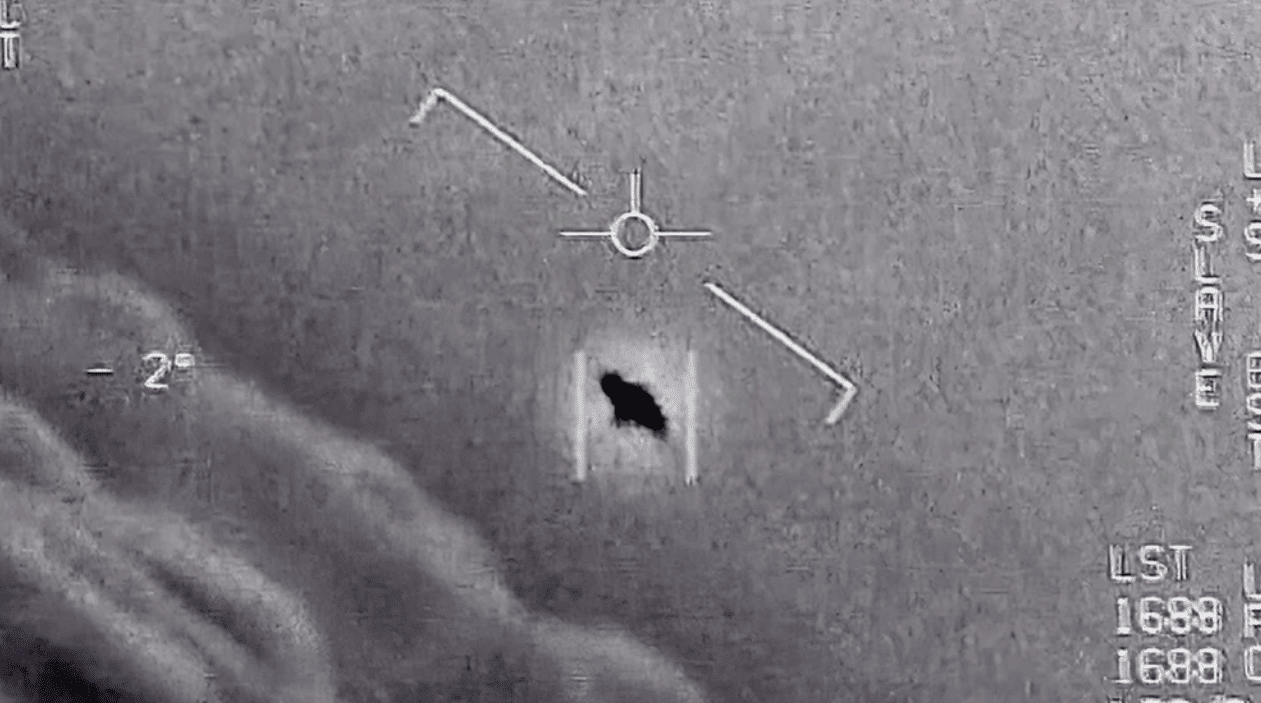 The new budget for America’s intelligence services directs the Pentagon to focus its UFO investigation on those objects that it can’t identify.
Image: Department of Defense

After years of revelations about strange lights in the sky, first hand reports from Navy pilots about UFOs, and governmental investigations, Congress seems to have admitted something startling in print: it doesn’t believe all UFOs are “man-made.”

Buried deep in a report that’s an addendum to the Intelligence Authorization Act for Fiscal Year 2023, a budget that governs America’s clandestine services, Congress made two startling claims. The first is that “cross-domain transmedium threats to the United States national security are expanding exponentially.” The second is that it wants to distinguish between UFOs that are  human in origin and those that are not: “Temporary nonattributed objects, or those that are positively identified as man-made after analysis, will be passed to appropriate offices and should not be considered under the definition as unidentified aerospace-undersea phenomena,” the document states.

The admission is stunning chiefly because, as more information about the U.S. government’s study of UFOs has become public, many politicians have stopped just short of claiming the unidentified objects were extraterrestrial or extradimensional in origin. The standard line is typically that, if UFOs exist, then they’re likely advanced—although human-made—vehicles. Obama refused to confirm the existence of aliens but did say that people have seen a lot of strange stuff in the sky lately when asked directly on The Late Show with James Corden, for example. But now Congress seems to want to specifically distinguish between objects that are “man-made” and those that are not.

A “cross-domain transmedium” threat is one that, by the Pentagon’s definition, can move from water to air to space in ways we don’t understand. In July, the Pentagon announced it was opening the All-domain Anomaly Resolution Office (AARO) to investigate these threats. The bill would reclassify Unidentified Aerial Phenomena (the government’s term for UFOs) as Unidentified Aerospace-Undersea Phenomena and rename the Pentagon’s office in line with the new designation. Last year, a leaked video that was confirmed by the Pentagon as being authentic appeared to show a UFO seamlessly flying beneath the waves.

Senator Marco Rubio, the vice chair of the Senate Select Committee overseeing intelligence that issued the report,  has publicly said he wants the UFOs to be aliens and not foreign weapons.

A large question, of course, is why Congress is seemingly admitting this now, in public. After all, lawmakers are privy to classified information that the general public isn’t. “It strains credulity to believe that lawmakers would include such extraordinary language in public legislation without compelling evidence,” Marik von Rennenkampff, an Obama-era DoD official, said in an op-ed in The Hill about the budget. According to the op-ed, the comments were first noticed by UFO researcher Douglas Johnson.

“This implies that members of the Senate Intelligence Committee believe (on a unanimous, bipartisan basis) that some UFOs have non-human origins,” von Rennenkampff continued. “After all, why would Congress establish and task a powerful new office with investigating non-‘man-made’ UFOs if such objects did not exist?”

“Make no mistake: One branch of the American government implying that UFOs have non-human origins is an explosive development.”

A bipartisan group of U.S. legislators has long put pressure on the Pentagon to figure out what the strange lights are that Americans are seeing in the sky. In 2021, the DoD issued a report detailing more than 100 sightings that it investigated. It said some of what it studied could not be explained with current scientific models and asked for more time and money to study the phenomenon. Congress has given it to them and now it’s asking the Pentagon to focus only on those objects that haven’t been designed by human hands.