Prepare For Change
Home Nature The climate scaremongers: It was hotter in 1976! 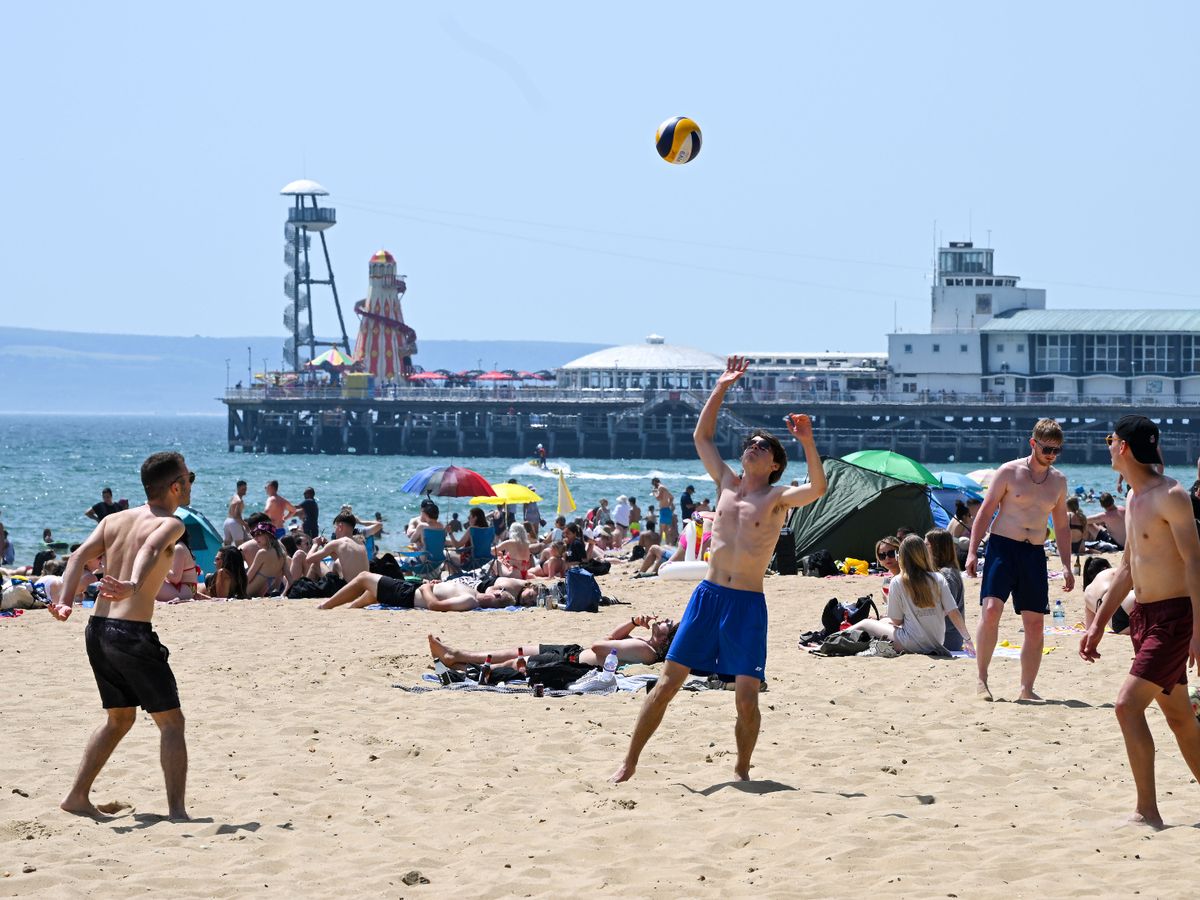 FOR weeks we have been told that this year’s warm summer is due to climate change.

The BBC’s Justin Rowlatt was quite clear: ‘We know what is behind this – greenhouse gas emissions caused by our burning of fossil fuels like coal and gas,’ a message amplified across the media and stoked by the Met Office, who delighted in their red warnings and public health alerts.

It was not only the heat. The Met Office claimed that this summer’s drought is a harbinger of the future we could expect, ably assisted by fraudulently misleading images of ‘dried up reservoirs’ on BBC News.

As many of us suspected all along, the summer of 2022 was not a record breaker at all, and that it was much hotter in 1976, as the Central England Temperature Series makes clear:

You may recall how in July the BBC felt it their duty to lecture anybody who dared point out that the heatwave was much more intense in 1976. According to the BBC, climate sceptics were spreading a ‘misleading comparison’.

Perhaps we should be grateful that we no longer seem to get the exceptionally cold summers which were commonplace in Victorian times. Years such as 1879, described by Countryfile magazine as ‘the disastrously wet year of 1879, when some crops were still uncut in November’.

And the drought? This summer ended up being the sixth driest on record. The driest was 1995, followed in order by 1976, 1869, 1983 and 1887. Dry summers occur every so often in England, and climate change has nothing to do with it whatsoever.

The prize for the biggest hoax of the summer must go to the utterly discredited Sir David King, once Chief Scientific Adviser to Tony Blair.

On July 16, he advised LBC listeners: ‘Up to 10,000 excess deaths have to be anticipated during Monday and Tuesday’s heatwave.’

Given that average deaths for July in England and Wales are about 1,300 a day, an extra 10,000 in two days would be rather noticeable. Bodies would be piling up in the streets!

The reality was more mundane. According to official data from the ONS, age-standardised mortality rates in July were not significantly different from July 2021 or previous years.

Meanwhile death rates in July were the lowest of the year so far, something you would expect every summer:

While average summer temperatures may have risen since the mid 20thC, individual summers are not becoming hotter, or for that matter drier or more deadly.

But that won’t stop the BBC/Met Office trying to convince us otherwise.

Nationalisation is not the answer

ROCKETING energy prices have inevitably led to demands for nationalisation of Britain’s ‘energy industry’. Last week the Telegraph reported that nearly half of Conservative voters support the renationalisation of the industry. Such demands, however, are over-simplistic and ignore the complexities of the market.

The first question to address is just who these energy companies are. The common answer would be the Big Six – British Gas, EDF, E.ON, Npower, Scottish Power and SSE. However these are essentially energy supply companies, and the supply side of the industry is not making exorbitant profits. It is the electricity generators who are making hay.

All of the Big Six also have generating operations, but much of the UK’s generating capacity, particularly renewable, is not owned by the Big Six.

A good example is the London Array, the 630 MW offshore wind farm located off the Thames Estuary. Built in 2012, it is owned by a consortium, made up of:

RWE is German-owned, CDPQ is a Canadian institutional investor, Orsted is the Danish state-owned energy company, and Masdar is wholly owned by Mubadala Investment Company, the strategic investment company of the Government of Abu Dhabi.

None of these are in the Big Six, but all share in the massive profits being generated by the London Array. This typically produces about 2.5 TWh a year. At wholesale prices of, say, £300/MWh, electricity sales are around £750million a year. Two years ago, before the price spike, this figure would have been about £125million. That means a windfall profit of £625million this year alone. On top of this, energy users are paying £265million a year in subsidies to the London Array.

There are hundreds of other wind and solar farms owned by banks, private equity and non UK energy companies. A conservative assessment would suggest windfall profits of £13billion for all the renewable generators covered by ROC subsidies.

Slapping a windfall tax on the Big Six, or nationalising them, would not alter this situation one iota. The only solution is radically to reform the energy market, as I laid out here last week.