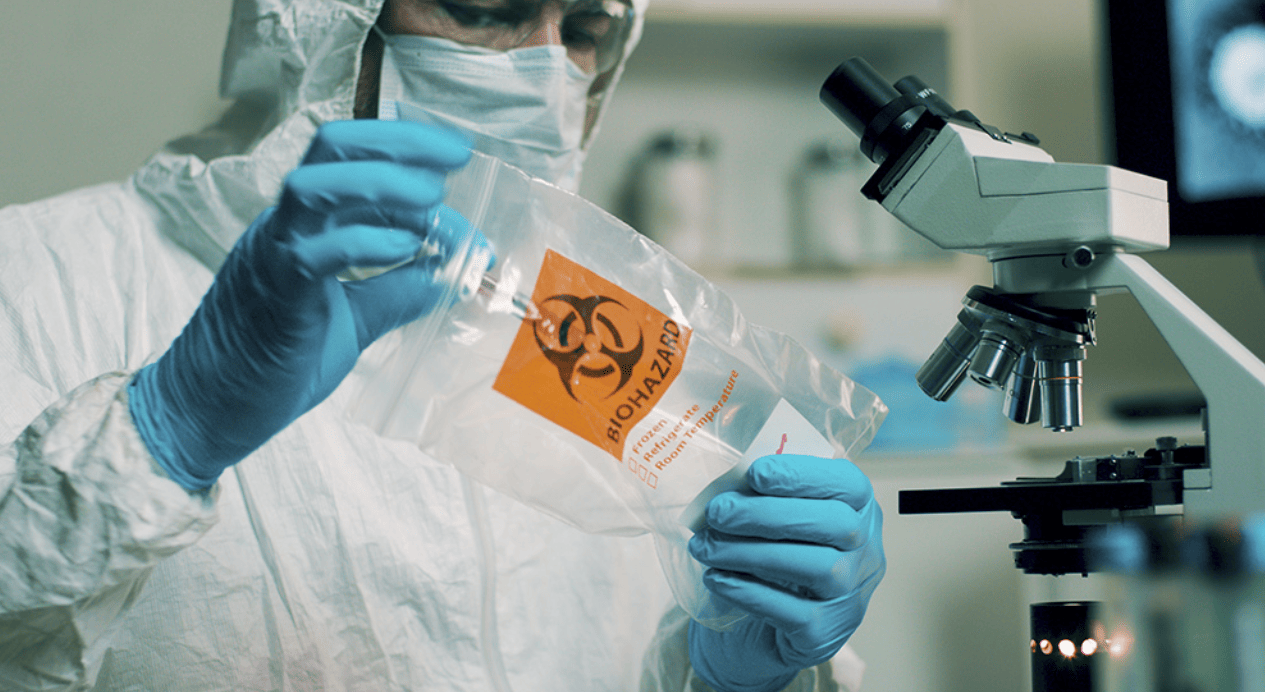 The Plum Island Animal Disease Center – located a mile off Long Island, New York – is the center of controversy in regards to the development and release of Lyme disease, among other known infectious diseases that could escape from the lab and transmit between animals and humans.

This biolab has been used by the US government for several decades to develop defensive strategies to protect against foreign animal diseases that could be accidentally or intentionally introduced into US livestock.

This is the government’s official story; however, documents uncovered from the lab in 1993 by investigative reporter John McDonald, detailed Plum Island’s true mission and tell a very different story. According to the documents, the lab existed to “develop biological warfare weaponry that would be used to poison cattle and other livestock in the former Soviet Union.” In other words, the biolab was working on OFFENSIVE bioweapons that could be used to take down livestock in other countries.

Plum Island lab has Nazi origins, involved in the development of offensive bioweapons

The Plum Island biolab was also founded with nefarious intentions. The biolab was founded after the Second World War to develop offensive bioweapons. The US government, under Operation Paperclip, brought in Nazi bioweapon expert Erich Traub. Traub is widely regarded as the “godfather” of the lab. Traub had previously worked in the Baltic on an island called Riems. His mission was to develop offensive bioweapons that would poison cattle in the Soviet Union, crippling the enemy’s food supply and spreading infectious diseases that could transmit between animals and humans.

Plum Island was operated by the United States Department of Agriculture (USDA) up until 2003. It is currently managed by the Department of Homeland Security (DHS). After DHS took over, different parts of this animal disease research have been shifted to other laboratories around the country.

Today, scientists at Plum Island are tasked with identifying the pathogens that cause foreign animal diseases. They research these diseases so they can develop diagnostics, treatments and profitable vaccines. The list of animal diseases studied there includes but is not limited to: African swine fever, Brucellosis, classical swine fever, foot and mouth disease, Nipah virus, Rift Valley fever, Rinderpest, Sheep and goat pox, vesicular stomatitis, and West Nile virus. Many of these pathogens infect both animals and humans.

Karl Grossman, a journalist from State University of New York, investigated Plum Island over several decades. He reports that the laboratory is “shrouded in secrecy” and lacks “transparency.” Back in 1971, the USDA allowed select reporters into the lab to investigate. Grossman became the first journalist to get the US government to concede they engaged in defensive biological warfare. He reported that the US government was infiltrated by Nazi biowarfare agent Erich Traub, who helped convert Fort Terry on Long Island, New York to a biolab that specialized in animal disease warfare.

The weaponization of ticks, African swine fever and Lyme disease

In 1977, there were reports of African Swine Fever outbreaks in Cuba. Investigative reporter, Karl Grossman connected the outbreaks back to Plum Island, the Central Intelligence Agency, and a CIA operation in Panama. The biolab was the only place African Swine Fever ever existed in the Western Hemisphere, and was weaponized as part of an attack on the pig population in Cuba.

“What it would indicate, if correct, was that this strictly ‘defensive’ use of biological warfare done on Plum Island might not all be true, there may have been offensive biological warfare activities going on,” Grossman reported at the time.

Plum Island is also associated with the release of Lyme disease, which is now a global epidemic. Lyme disease is named after Old Lyme, Connecticut, along the New England Coast, across from Long and Plum Islands. Lyme disease is transmitted through tick bites and can lead to chronic health issues such as fatigue, facial paralysis, impaired memory, heart problems and nervous system disorders. Up to 437,000 new cases are now reported in the US every year, according to the CDC.

The microbe that causes Lyme disease was first discovered by Willy Burgdorfer, who later went on to develop bioweapons for the U.S. Department of Defense (DOD). According to a Congressional investigation of Dr. Burgdorfer’s lab files, there is enough evidence to suggest that the DOD engineered ticks to spread this microbe. It is now commonly spread through deer ticks. The ticks were loaded up with the microbe so they could be deployed as weapons to cause disease, disability and death to foreign enemies.

Deploying ticks as biological weapons is nothing new. In fact, Grossman says that ticks have long been regarded as disease vectors in biological warfare. Much of this is documented in books authored by John Loftus, an attorney who was skilled at pursuing Nazis. He worked for the Office of the Special Investigations of the U.S. Department of Justice. Nazi germ warfare included poisoning ticks with biological agents and dropping them from planes, so they could spread disease on unsuspecting enemy populations.

As such, in 2019, the U.S. Congress passed an amendment that requires the Inspector General of the DOD to investigate the “possible involvement of DOD biowarfare labs in the weaponization of Lyme disease in ticks and other insects.” At the center of the controversy is the Plum Island Animal Research Center — a place that should be painstakingly investigated using military-style audits and interrogations of all scientists involved with the lab, past and present.

Watch this video at the website to learn more about the history of Lyme: