Prepare For Change
Home Current Events Putin’s speech on annexation: What exactly did he say? 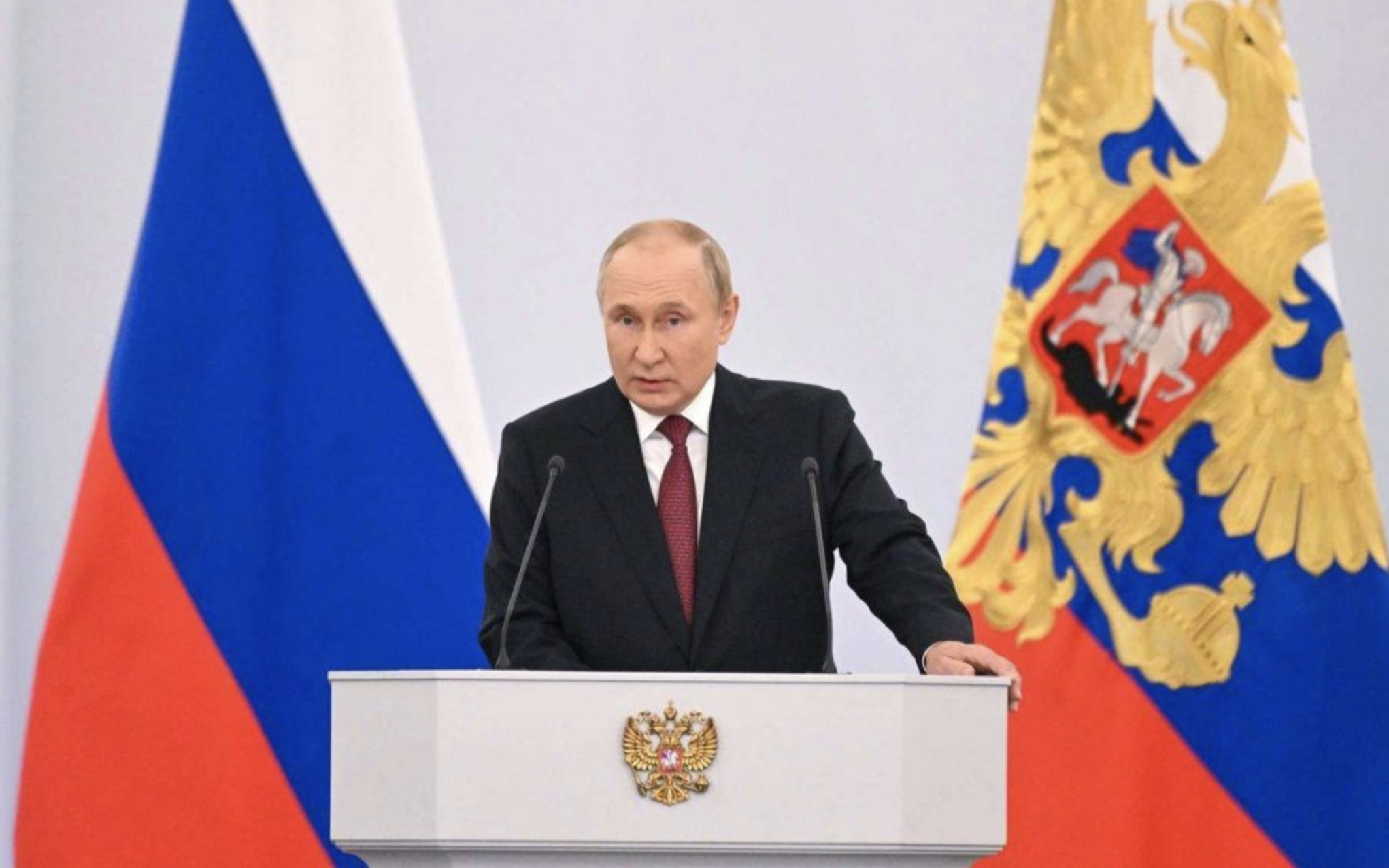 On Friday, September 30, Russian President Vladimir Putin gave a 37-minute speech in Moscow at a ceremony to announce that four occupied regions of Ukraine would formally be incorporated into Russia. The full speech is below in the video with english translations.

Highlights of the speech were outlined in the following article which originally appeared in Aljazeera. Russia’s claim that favorable votes from the citizens of the four regions now aligns them squarely with the Russian Federation and as such will be defended by Russia. Putin extended an invitation for peace talks and addressed the Nord Stream pipeline sabotage.

Russian President Vladimir Putin announced the formal annexation of four regions of Ukraine in a speech on Friday.

Putin and leaders of the four regions signed treaties to annex Luhansk, Donetsk, Kherson and Zaporizhia – a move which has been denounced as illegal by Ukraine and Western powers.

During a 37-minute long speech, Putin spoke about the break up of the Soviet Union, Western “colonial policy”, nuclear weapons, and his view of Western morals. 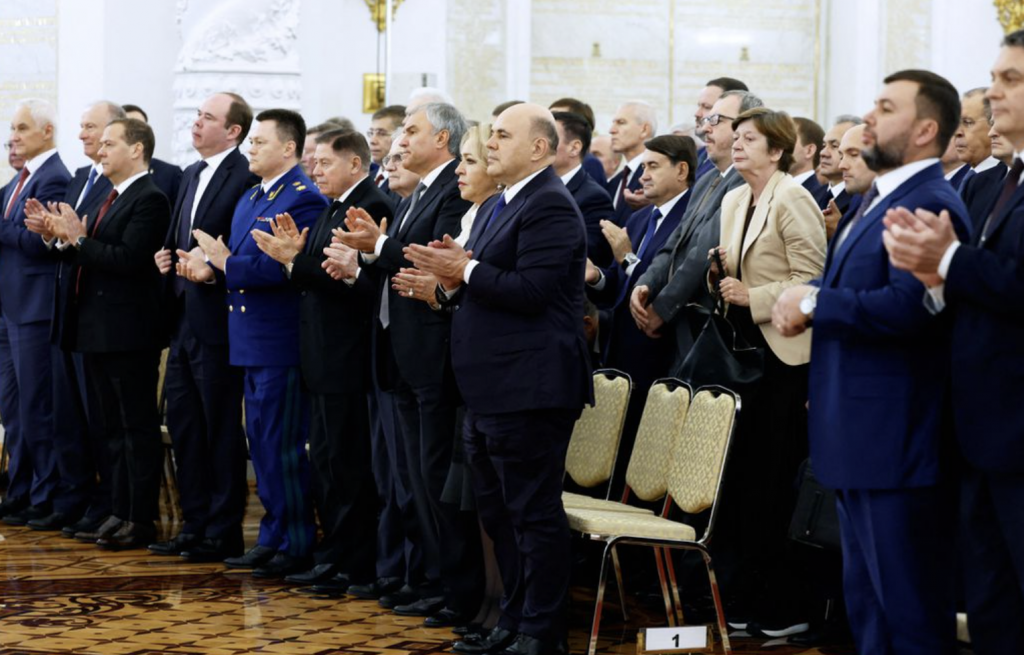 The quotes below have been translated into English from Russian.

“We will defend our land with all the powers and means at our disposal.”

“In 1991, at Belovezh Forest, without asking the will of common citizens, representatives of the then-party elites decided to destroy the USSR, and people suddenly found themselves cut off from their motherland. This tore apart and dismembered our nation, becoming a national catastrophe …

“I admit that they did not fully understand what they were doing, and what consequences this would inevitably lead to in the end. But this is no longer important. There is no Soviet Union, the past cannot be brought back. And Russia today does not need it any more. We are not striving for this.

A Message to Kyiv

“I want the Kyiv authorities and their real masters in the West to hear me so that they remember this. People living in Luhansk and Donetsk, Kherson and Zaporizhia are becoming our citizens. Forever.

“We call on the Kyiv regime to immediately end hostilities, end the war that they unleashed back in 2014 and return to the negotiating table.

“We are ready for this … But we will not discuss the choice of the people in Donetsk, Luhansk, Zaporizhia and Kherson. That has been made. Russia will not betray them.”

“Sanctions were not enough for the Anglo-Saxons: they moved on to sabotage. It is hard to believe but it is a fact that they organised the blasts on the Nord Stream international gas pipelines, which run along the bottom of the Baltic Sea … It is clear to everyone who benefits from this.”

“The West … began its colonial policy back in the Middle Ages, and then followed the slave trade, the genocide of Indian [Indigenous] tribes in America, the plunder of India, of Africa, the wars of England and France against China …

“What they did was hooking entire nations on drugs, deliberately exterminating entire ethnic groups. For the sake of land and resources, they hunted people like animals. This is contrary to the very nature of man, truth, freedom and justice.”

“The United States is the only country in the world that has twice used nuclear weapons, destroying the Japanese cities of Hiroshima and Nagasaki, and setting a precedent.”

“Even today, they actually occupy Germany, Japan, the Republic of Korea, and other countries, and at the same time cynically call them allies of equal standing.

“Now they have moved on entirely, to a radical denial of moral norms, religion, and family …

“The dictatorship of the Western elites is directed against all societies, including the peoples of the Western countries themselves. This is a challenge to all. This is a complete denial of humanity, the overthrow of faith and traditional values. Indeed, the suppression of freedom itself has taken on the features of a religion: outright Satanism.”

“Do we really want, here, in our country, in Russia, instead of ‘mum’ and ‘dad’, to have ‘parent number one’, ‘parent number two’, ‘number three’? Have they gone completely insane? Do we really want … it drilled into children in our schools … that there are supposedly genders besides women and men, and [children to be] offered the chance to undergo sex change operations? … We have a different future, our own future.”