Prepare For Change
Home Conspiracy and Crimes Against Humanity Proof your Government is manipulating data to cover up the lethality of... 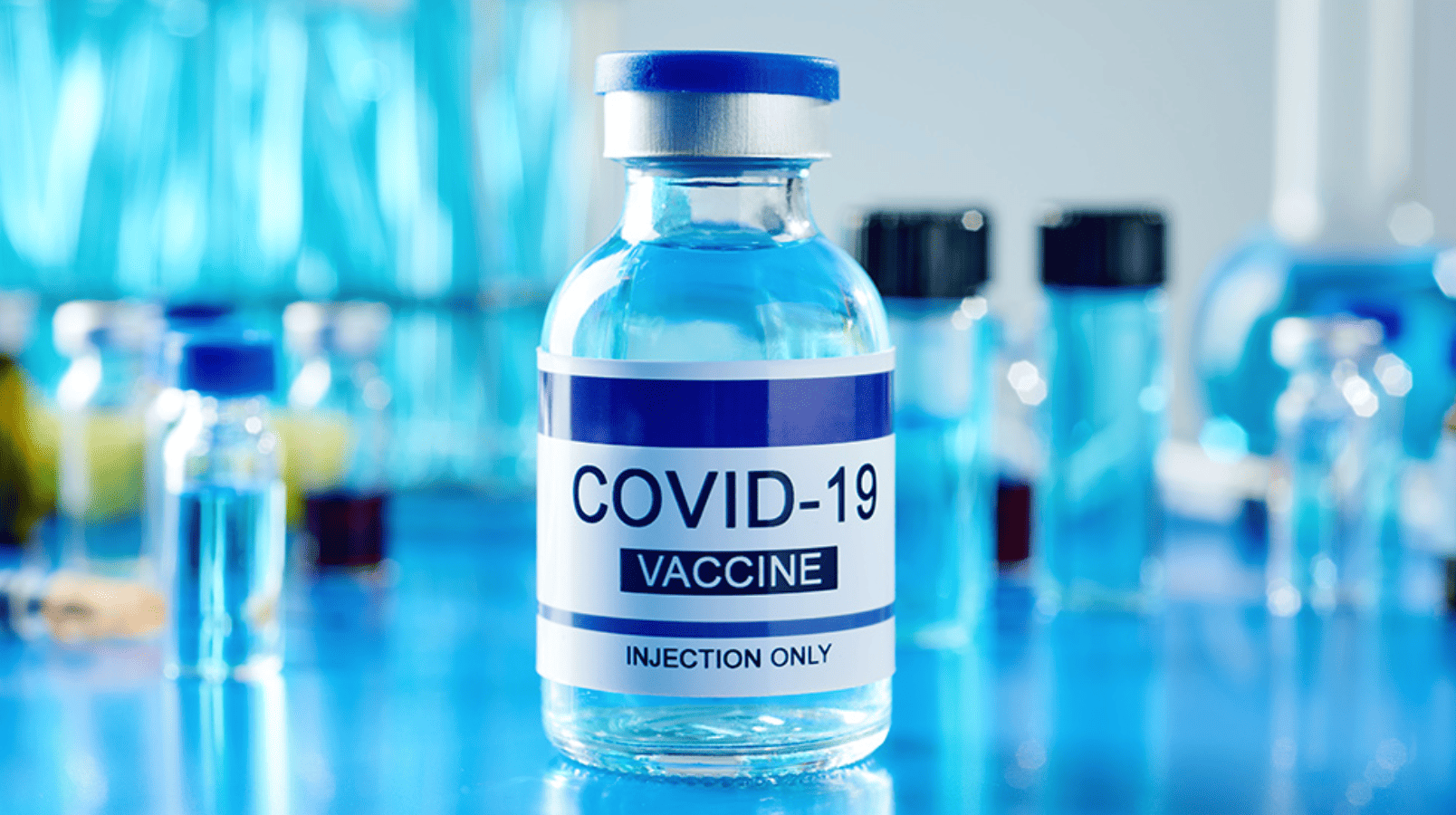 Despite widespread anecdotal and research evidence of severe disease and death closely associated with COVID-19 injections, their link to COVID mortality has been dismissed as rare and coincidental, because comprehensive statistical evidence has not been obvious in official mortality data.

A recent paper [1] solves this puzzle by identifying a systemic data flaw in the reporting convention which obscures the immediate fatal impact of COVID-19 injections, where substantial “vaccine” deaths have been wrongly attributed to the “unvaccinated”.

Recently, Deborah Birx, coordinator of the White House Coronavirus Task Force (WHCTF), who set the strategies for early US COVID responses copied by much of the world, has publicly lamented the poor quality of US COVID data and said [2] “It was a pandemic driven by assumptions and perceptions, rather than data and science”.

On health agencies, she also said: “Data for publication, not data for implementation change.” That is, COVID data are collected, not to inform, guide and implement policy changes, but to manage public perception, which could mean that data may be manipulated to mislead the public, as will be shown below.

The official claim that “policy follows the science” is the opposite of reality: “science follows the policy” i.e., the policy is first supported later by fake science and manipulated data. Data analysts may not realize that they could be aiding and abetting misinformation by publishing misleading statistics of manipulated data. We provide evidence for the dramatic consequences of the flaw in COVID data reporting [3] specified by the US CDC.

The CDC defines “vaccination status” as a 14-day lag from the last COVID injection, with the rationale that it takes at least 14 days for the injection to take effect. For example, a “breakthrough case” of a person “vaccinated with a primary series” is specified by:

“Vaccinated case with a primary series: SARS-CoV-2 RNA or antigen detected in a respiratory specimen collected ?14 days after verifiably completing the primary series of an FDA-authorized or approved COVID-19 vaccine.”

Such data collected are not raw data but manipulated data because the adjusted data may distort the interpretation of the results. The adjusted data is a data flaw in plain sight, because the adoption of a time lag of 14 days, while widely accepted, has not been justified by scientific research or by debate on its potential to mislead.

The important distinction between raw data and manipulated data, in this case, comes from the fact that adverse events and deaths have occurred frequently soon after COVID injections, much less than 14 days, as the CDC’s Vaccine Adverse Event Reporting System (VAERS) database reported by OpenVAERS [5] shows.

The VAERS data, which are reliant on voluntary reports, therefore underreported and incomplete, clearly show the existence of an immediate lethal effect of COVID injections, most likely in less than 14 days. This evidence has been ignored as unrepresentative due to insufficient fatalities compared with the large number of injections.

However, the evidence shows the 14-day time lag has a confusing and significant impact on definitions of “vaccination status”, which could have important ramifications. For example, if someone dies immediately after a Pfizer booster, then the data would not be reported as the death of a boosted person, but as the death of a double-dosed person. The recorded data would mask the lethal effects of the booster since the death would not be attributed to the booster.

The cited paper [1] has investigated this data flaw and has shown that it is clearly evident in COVID data and that the data error has a substantial impact on COVID mortality statistics and on our assessment of the safety of COVID injections.

This article intends merely to describe the method of analysis, summarize the main finding and indicate how the data flaw significantly distorts the view on safety and the conduct of the COVID-19 pandemic. The main purpose is to urge others to replicate similar studies and to seek further details of our method in the original paper [1].

Datasets requiring both numbers for populations and deaths according to injection dosages or “vaccination status” are not often available. Fortunately, there is a small amount of such data for a population of 8.2 million in New South Wales (NSW) in Australia, from early September 2021 to 2 July 2022 [6].

However, this NSW dataset is even more distorted [7], as a person may be considered “unvaccinated” up to 21 days after the first injection. The data will be shown to suggest many people died within this 21-day window but were all classified as deaths of the “unvaccinated”.

Our method to expose the data flaw analyses the increases and decreases in the populations of different dosages as shown in the following table. After the first major injection campaign in NSW for several weeks, the double-dosed population (second column) increased by a few million, at the expense of both the single-dosed and un-dosed populations (negative numbers are in brackets).

The two yellow columns highlight a data anomaly: the new death counts for the “vaccinated” appear disorderly and potentially erroneous (grey columns), with some resurrections (outside Easter) of the single and double-dosed populations.

Over this period, the “unvaccinated” population reduced by more than a million persons getting one or two doses of injection, the double-dosed population increased by over three million, while the single-dose population suffered a net loss of about two million.

The pattern of data anomaly has occurred in every subsequent injection campaign from the first booster (third dose) and then to the second booster (fourth dose). The empirical evidence for these subsequent campaigns is described in the original paper [1].

All data examined suggest that COVID injections systemically have a significant and immediate lethal impact in agreement with the evidence of the OpenVAERS report cited above.

Significant numbers of deaths within 14-21 days after injections were reported not as caused by, or related to, the injections, but rather reported as COVID deaths of those who have not yet had those injections. The collected COVID data led to two false and misleading claims to drive the injection campaigns.

The truth is just the opposite: new injections were unsafe and associated with many deaths, but attributed wrongly to those yet to be injected, creating an illusion of a deadly plague for the fearful to get the first jab and subsequently an illusion of “waning” or “new variants” for the “vaccinated” to get more jabs.

It is likely that first-hand experiences of health workers who witness the immediate consequences of COVID injections may distrust official reports and leave the industry rather than risking their own health by submitting to “vaccine mandates”.

Initially, this scheme has worked wonderfully to drive the uptake of billions of doses among world populations, but in recent times it has started to fail because it has become evident that most COVID deaths were among the “vaccinated”. Why?

The reason is that the proportions of the two populations have stabilized, with relatively few first doses being administered and therefore erroneous attribution of deaths to the “unvaccinated” has largely ceased.

However, since those attempts have failed to convert enough “unvaccinated” to accept COVID injections, COVID mortality risk among the “vaccinated” has climbed visibly in the official data. A simple solution for improved optics, at least temporarily, is to reduce the COVID death counts, by shunting them off as non-COVID deaths, which is easy to do, given the ambiguous definition of a “COVID death”.

A collateral consequence of the scheme has been a strong correlation between new COVID injections and a rapid rise in non-COVID deaths, eventually seen in the all-cause mortality data [8]. This observation solves a puzzle raised in a recent PSI article [9] about ONS data, which appears more accurate in small samples rather than in large samples [10]. The explanation here is that the further back the data go, the more inflated and distorted the mortality numbers of the “unvaccinated” due to the data flaw.

In conclusion, we have shown a data flaw exists in plain sight in an official data collection. We have advanced Occam’s razor hypothesis that the lethality of COVID injections, not officially recognized, can explain several important, but puzzling, observations.