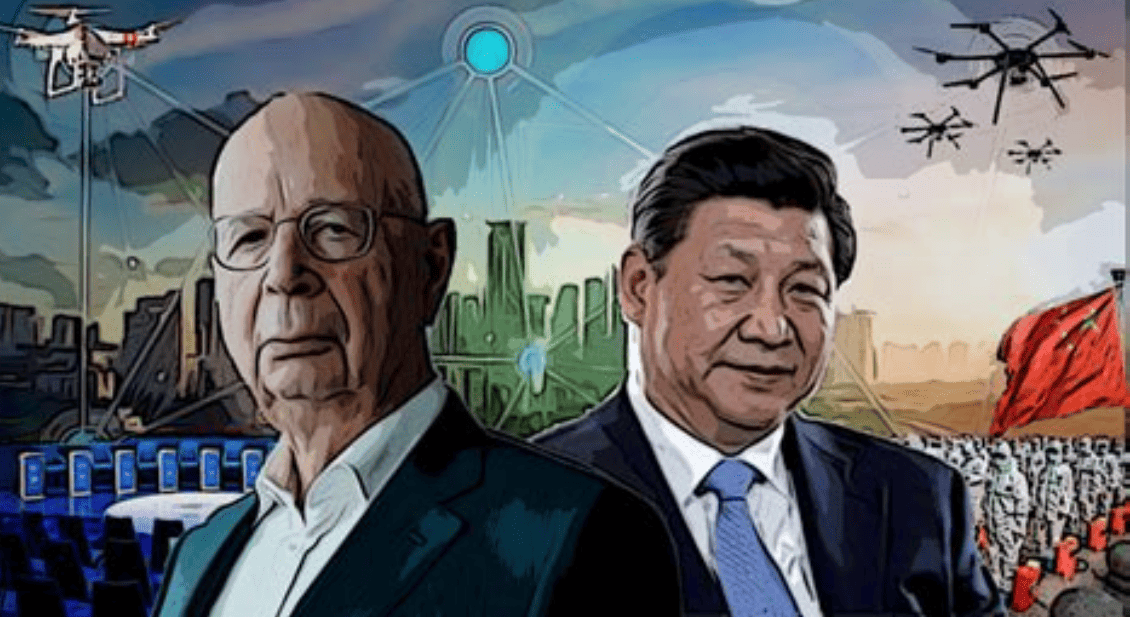 “China is the societal model for the globalists (the super wealthy families and their retainers).


China was nurtured by them as a testing ground as far back as the seventies.


They like the results – a super-passive population trained to live with arbitrary senseless rules and limited personal autonomy.


The failure of the pandemic to create an entry point for this Great Reset persuaded the elites to go back to the Cold War/ Nuclear War model.

It was agreed over the summer of 2021 to pursue a war/Cold War program, using existing biases and the long history of NATO/Warsaw Pact tension to create a new entry point for the Great Reset that had a better chance of rooting.”

Makow comment – I get how they switched from the COVID to war scenarios but the author doesn’t really explain how hating Russia is going to make people accept Agenda 2030. A friend explained that they will use famines and dislocation caused by war to starve us into submission.)

No one gets the whole picture. Neither do I but here is what I have gleaned from keeping ears open and head down.

I work in a secure place. That’s all I’m saying. Here’s what I know.

China is the societal model for the globalists (the super wealthy families and their retainers).

China was nurtured by them as a testing ground as far back as the seventies. They like the results – a super-passive population trained to live with arbitrary senseless, rules and limited personal autonomy.

The challenge since early 2000’s has been how to transfer this model to the “free” world with its hardwired tradition of what they term toxic and extreme individualism and relatively high amount of personal liberty.

The first attempt was through the fake pandemic.

Everyone with any clearance knows it’s fake by the way.

Th pandemic was a nutty scheme pioneered by a small but vociferous & well connected group. They really are pretty nuts.

it proved problematic from the beginning.

The story was going to be that this non-existent virus originated in China and the Chinese handled the dangers with customary ruthlessness and efficiency – but it worked.

This was intended to usher in an orchestrated debate in western media about whether human rights should be abandoned sometimes for collective good. 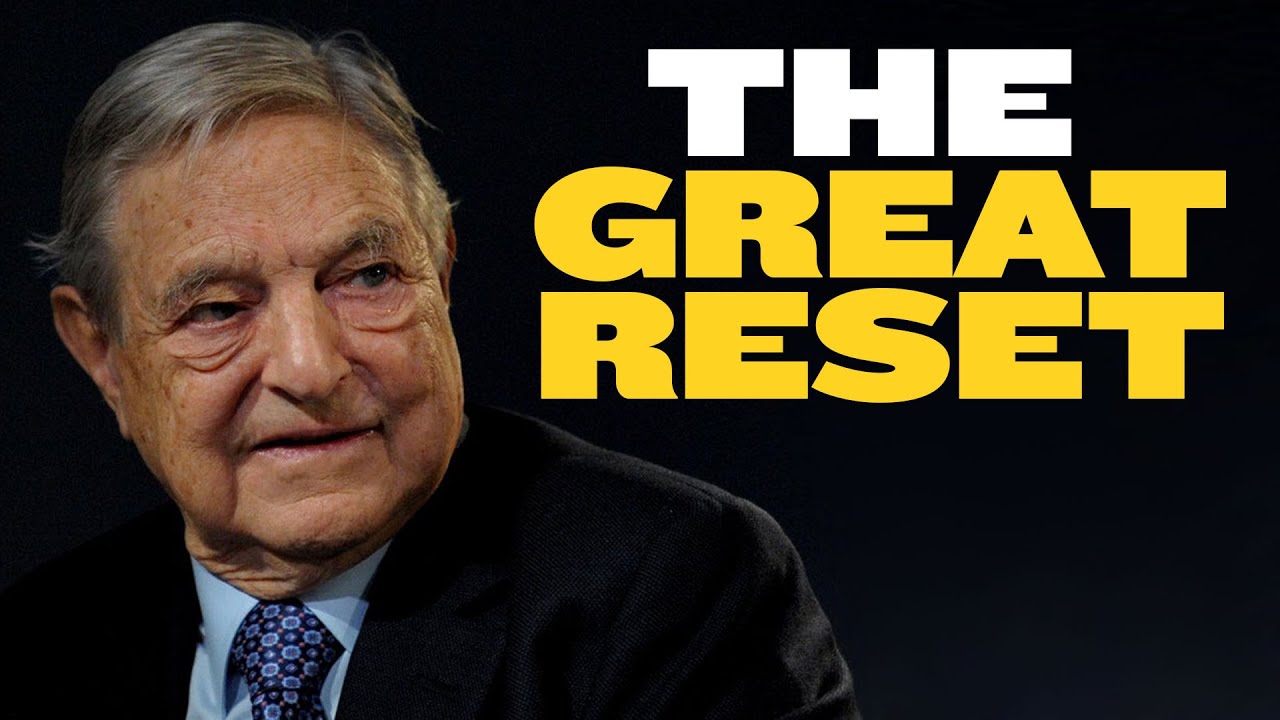 The result was pre-ordained to be a “yes”, thereafter the Chinese style of social governance would be slowly introduced into the West – to “save lives” etc.

At the same time the pandemic would be blamed for food shortages and rising prices, thus introducing rationing into the mix.

It was originally planned that by these methods we would, by mid-2021, be well on the road toward “owning nothing and being happy”

The more astute readers here will remember the puffs in the western media about China dealing with the pandemic so much better than the West etc etc.

However serious lack of agreement at the highest levels in certain western countries (mainly US and UK) about the nature and speed of the transition, plus unexpected (by the nuts) grass roots resistance worldwide began to slow things down and fragment initial resolve.

Too much info about the fake nature of the pandemic was circulated by disaffected members of organizations in the know who are not on board with the Great Reset.

The nuts were told to go home and shut up and the senior bosses (I don’t know who they are) commissioned a rethink. A new plan to achieve the same result – the so-called “Sino-fication” of the West.

This was when the war scenario was put together – over the spring/summer of 2021. I witnessed this part happen in part.

It was reasoned that one major weakness of the previous attempt had been the level of obvious co-operation between the global leaders, leaving the masses with a too-obvious common enemy – the leaders themselves. People like Trudeau and the NZ woman were freaked out. No likee.

A war scenario was favored for Attempt #2 as it would activate atavistic tribal loyalty instincts and play into long-cultivated geopolitical prejudices. 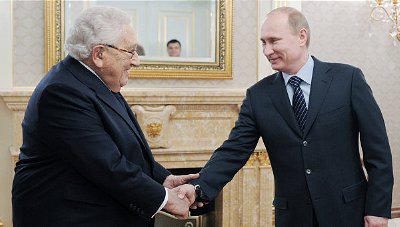 
This was put to the ruling clique in Moscow (no, not Putin, he just rubber stamps these days) who were in agreement.

I am assuming some are aware the Cold War was created as a psychological experiment in the immediate post-war period and proved very informative and useful for crowd-management, attention-control and fear-inculcation. Both sides of the artificial divide were of course carefully managed, stories crafted, crises generated to create maximum realism and induce long-term loyalties, prejudicial thinking and trauma responses that would prove to be multi-generational.

The Cold War as mass-management tool had been abandoned in the 1980’s in favor of the hedonism/inculcated-ignorance experiment, which was not particularly successful in terms of creating a mass psychology.

The failure of the pandemic to create an entry point for the Great Reset persuaded the elites to go back to the earlier model.

It was agreed over the summer of 2021 to pursue a war/Cold War program, using existing biases and the long history of NATO/WP tension to create a new entry point for the Great Reset that had a better chance of rooting.

The long-standing and carefully cultivated “flashpoint” in Ukraine, with its built-in polarization and collective trauma potential (images of Nazi regalia) was selected over Syria as being more potent in its potential effect on the Western audience (the initial target of this operation as outlined above).

It was agreed to inculcate subconscious and conscious associations with WW2 as well as the Cold War.

Conflicting and emotionally resonant narratives would of course be utilized and carefully planted so that – as with the original Cold War experiment – neither side had a clear moral ascendancy and therefore personal prejudices of individuals could be utilized to do much of the “heavy lifting” of assigning value and loyalty.. 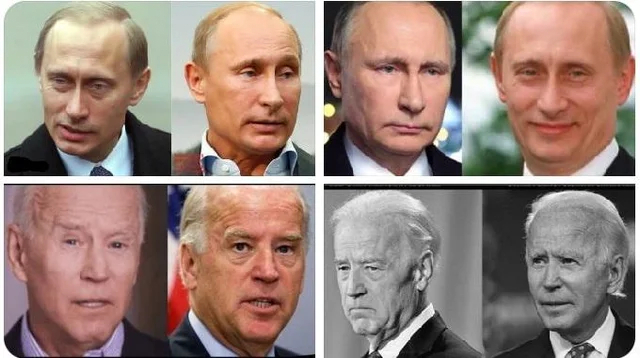 “Will the real leaders please stand up!”

Ukraine would be presented as a victim, while also disseminating disturbing images of the NeoNazis preserved in their midst through the legacy media.

Russia would be presented as aggressor, while its own story of victim-hood would be widely disseminated through its own media and through “independent” outlets.

This would provide a rich growth medium for polarized controversy.

It was agreed Russia’s “operation” (their military refused to call it a war for their own reasons), would be limited, devolve mostly on the various local militias in eastern Ukraine and remain as low key and token as humanly possible.

It was also agreed on the desirability of there being no clear resolution or outcome for at least 12 months, to give time for the other aspects to be rolled out through this new means.

It was agreed the covid attempt had been too speedy. Time would be taken on this second attempt.

Fear of escalation and nuclear war would be promoted directly in the media and through leaks or rumors.

Sabotage and sanctions would be slowly rolled out to create energy shortages, food shortages and price increases.

Which brings us to now.