Prepare For Change
Home Media On Veterans Day, Reflect on Why America Is Worth Fighting For 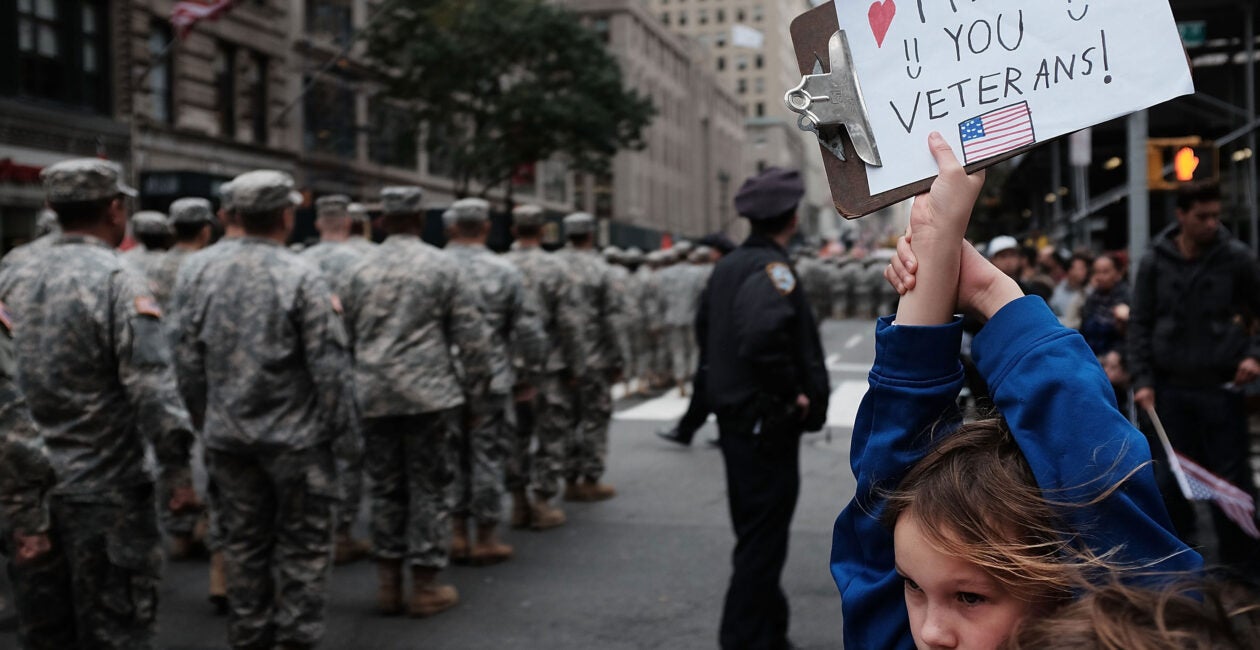 A defining characteristic of our American republic is service and devotion. No group exemplifies these civic virtues better than America’s veterans.

On Friday, this Veterans Day, it’s more important than ever to remember the sacrifice our veterans made for this country.

Every Nov. 11, on what was once called Armistice Day, we celebrate Veterans Day. Just over a century ago, when World War I ended, Armistice Day was the hopeful and annual remembrance of those who had served in what was hoped would be “the War to End All Wars.”

Unfortunately, wars have continued to happen, and in 1954, Congress officially changed the holiday to Veterans Day to honor those who had served and defended the United States in those hard years of World War II and the Korean War.

Some confuse the holiday with Memorial Day in late May, but that’s to honor those who paid the ultimate price and died for our nation, while Veterans Day is an opportunity to reflect and to respect and remember the contributions of our veterans who returned home from the war or served in peacetime.

A veteran is so much more than merely an individual who at one point was in the armed services. The values of sacrifice, dignity, and humility are often reflected in their daily lives.

Veterans continue to serve as leaders in their communities, their workplaces, and their governments. Veterans as a group truly are exemplary citizens.

Sadly, the proportion of veterans in society is shrinking, and the likelihood of new people entering the armed services is also shrinking.

The Army is at its smallest since 1940, and in fiscal year 2023 will likely fall short of its annual recruitment goals, as it did in 2022. This problem isn’t limited to the Army, however. It affects the entirety of the armed forces.

That raises the question: Why aren’t young people more motivated to serve?

There are myriad reasons for this, and they paint a sad picture for the country. One simple fact is that less than a quarter of Americans are eligible for service due to increasingly common drug use and obesity, and only 9% of Americans express a willingness to serve.

In the past two years, COVID-19 has also taken its toll on the ability to recruit and retain troops. Recruiters could not meet face-to-face with would-be recruits at schools, fairs, and sporting events. Those venues are where recruiters shine because they can show what military life is like in a very personable way.

It’s also undeniable that perceptions of U.S. institutions, the military included, have suffered in recent years. The perception of veterans as forgotten or mistreated, coupled with the notion of rampant physical, mental, or emotional health problems has served to scare young people away from service.

If we wish to remedy these trends, the onus is on us all to honor America’s veterans in a way that dignifies their sacrifice.

Many who haven’t served are often at a loss on how to do this, but there are many ways to show our appreciation. We can show up at parades; donate to, or volunteer with, veterans advocacy groups; and express our gratitude to the veterans in our lives. There’s no quick fix for the long-term issues, but we can do our part in building a culture that honors sacrifice and civic duty.

The disconnect between the perceptions of veterans and the barriers to service for those who are potentially interested in joining the military is a challenge for all of us to solve.

As we approach Veterans Day, it’s important that we remember and honor those who have given so much for us. A powerful way to express our gratitude for their sacrifice is to emulate the values we cherish in our veterans community by exercising our rights and participating in the enrichment of our society.

So, this Veterans Day, let’s reflect on why this country is worth fighting for.