Prepare For Change
Home Media Israelis shunned at Qatar World Cup: ‘You are not welcome’ 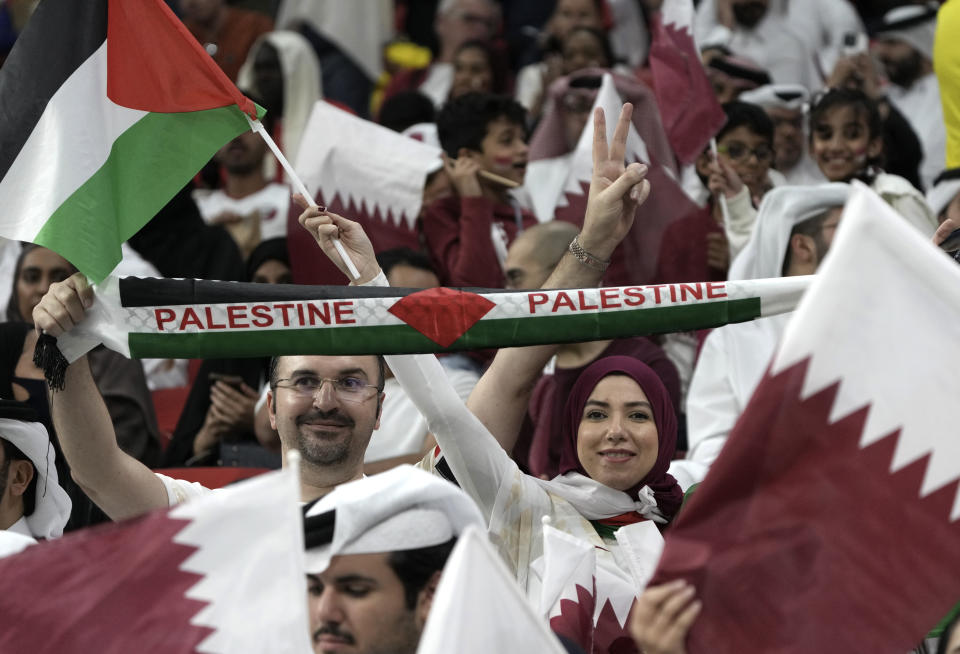 Israeli journalists and fans are being boycotted and yelled at by fans, locals, and officials at the FIFA World Cup in Qatar.

Multiple Israelis have claimed to have been met by an atmosphere of hostility and hatred at the World Cup in Qatar, with fans refusing to speak to Israeli journalists, waving Palestinian flags in the background of their videos and yelling at them.

Moav Vardy, KAN’s foreign affairs reporter, was yelled at by a Saudi fan who told him that “You are not welcome here. This is Qatar. This is our country. There is only Palestine; no Israel.”

Other videos from Qatar show people immediately walking away when they find out the person interviewing them is Israeli.

In one particular video, N12’s Ohad Hemo begins to interview a group of Lebanese men who then walk away when Hemo tells them he’s Israeli. One of them then turns back and asks Hemo what he’s doing there and then tells him that Israel doesn’t exist.

In other videos, people stand behind various Israeli reporters and raise Palestinian flags.

A fan displays a Palestine flag in the stands during the FIFA World Cup in Qatar, November 23, 2022 (credit: REUTERS/SUHAIB SALEM)

Israeli soccer legend and KAN World Cup panel member Eli Ohana also faced anti-Israel sentiments when he was on a golf cart being driven by a Qatari policeman. When Ohana said he is Israeli, the officer asked him if he was joking, and Ohana then said he was really Portuguese in order to avoid trouble.

The officer told him that if he had been Israeli, he would have turned the car around and refused to drive him.

Raz Shechnick, Yediot Ahronoth’s reporter for the World Cup, wrote on Twitter about his experiences in Qatar, describing an atmosphere of rejection and hostility from both locals and foreigners attending the games.

“We didn’t want to write these words, we are not the story here. but after ten days in Doha, we cannot hide what we are going through. We are feeling hated, surrounded by hostility, not welcomed.”

“We didn’t want to write these words, we are not the story here. But after 10 days in Doha, we cannot hide what we are going through. We are feeling hated, surrounded by hostility, not welcomed,” the journalist wrote.

He also described an incident in which he and his colleague had lied about their country of origin, saying they were Ecuadorian in order to prevent them from being harassed by fans.

Israeli journalist Dor Hoffman reported on Thursday that a Qatari taxi driver kicked him out of his cab when he discovered he was Israeli, refusing to take his money.

He later continued to a restaurant on a beach, where he was escorted out of the restaurant by security, with the owner demanding that he delete every photo taken in his restaurant. Hoffman said the owner took his phone and that he felt threatened.

On Saturday, Tunisian fans waved a banner saying “Free Palestine,” despite Qatar and FIFA’s policy of not allowing political protests at matches, a policy that led to the confiscation of rainbow-colored items in support of the LGBTQ community and Iranian anti-regime signs.

Jerusalem resident Michael Janekowitz, a former spokesman for the Jewish Agency who is attending the World Cup, refuted the claims that Israelis were being targeted, and said his experience has been without incident.

“Qatar is very welcoming to the Israeli visitors,” he said. “These Israeli journalists are going with magnifying glasses to find haters of Israel. Most of these Israel-bashers have come to the World Cup from outside of Qatar. They are being provoked by headline-seeking Israeli journalists.

“Qatar has a population of about 3.3 million of whom only 300,000 are Qataris. The other 3 million are mostly workers from mainly India, Bangladesh, Kenya, Uganda, Philippines and Sudan,” he added, saying that was where the antagonism against Israelis was emanating from.