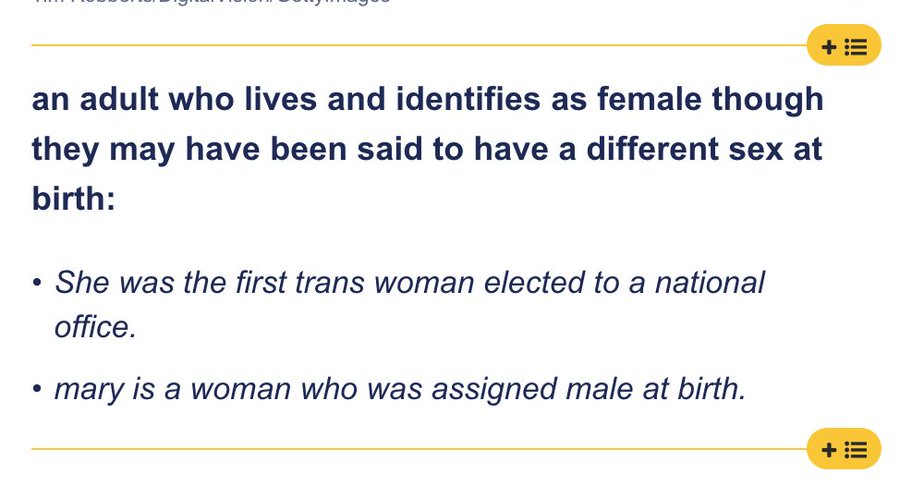 Cambridge Dictionary is being blasted by critics online for revising the definition of “man” and “woman” to include people who do not identify with the sex they were assigned at birth.

“Man” is now includes the definition “an adult who lives and identifies as a male though they may have been said to have a different sex at birth.”

In the same vein, the updated definition of “woman” reads “an adult who lives and identifies as female though they may have been said to have a different sex at birth.”

Both definitions previously reflected the outdated views on sex, which assumed that sex and gender identity always adhered to one another.

“Cambridge Dictionary is only the latest. If we don’t stop them from erasing women our civilization is [not going to make it],” she claimed.

Dan McLaughin, a senior writer at National Review, viewed the revision as dystopian as opposed to progressive.

Still, some social media users pushed back on the backlash, labeling critics transphobic and celebrating the changes as more inclusive.

“Guess what transphobes are upset about now? You guessed the dictionary, didn’t you,” Evan Urquhart of Assigned Media tweeted.

“[Trans-exclusionary radical feminists] ganna [sp] blow a gasket,” sculptor Daniel Lismore shared. “Trans people deserve to be recognized for who they are.”