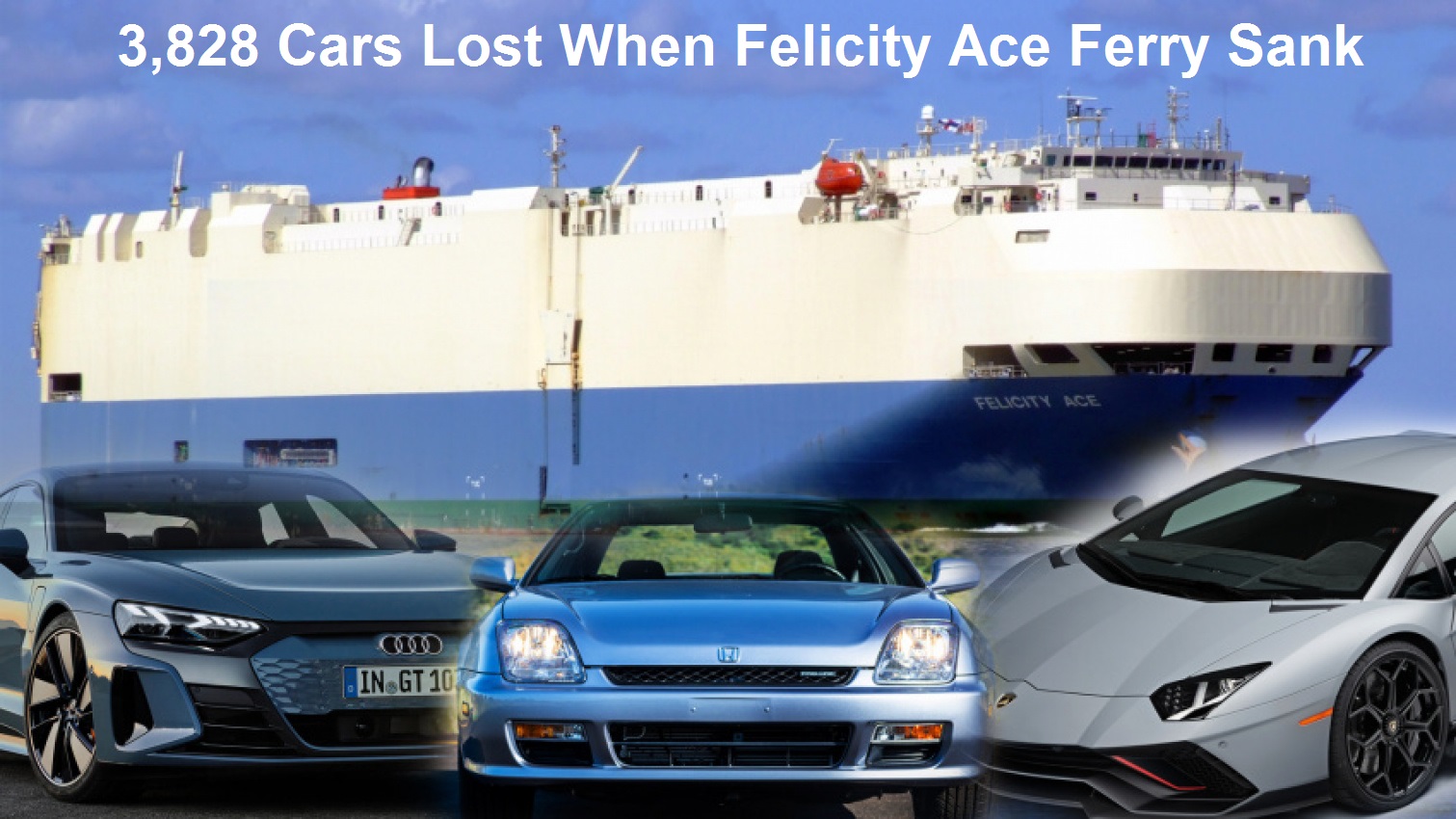 It was announced earlier this week that the Norwegian shipping company Havila has become the first company to prohibit EV cars on their ferries, following the sinking of the ferry “Felicity Ace” last year, which resulted from a fire of EV car batteries.

The listed Norwegian shipping company Havila has prohibited electric, hybrid and hydrogen cars from entering their ferries. After a risk analysis, it was concluded that the risk to the safety of the ship fleet was too great. If a car starts to burn, the fire can no longer be extinguished.

The risks for ships from the transportation of Electric cars have been discussed since the “Felicity Ace” went down in the Azores last February. Electric vehicles on board had caught fire. The fire could not be extinguished. Eventually, the huge ship sank with thousands of electric cars and Porsche or Bentley vehicles.

Havila shipping company chief Bent Martini said a report from the shipping intelligence service TradeWinds according to the risk analysis, the fire of an electric car requires a particularly complex rescue operation. The crew on board could not afford this. Passengers would also be at risk. It is different with vehicles with internal combustion engines. (Full article here.)

The Felicity Ace had 3,828 cars on board when it burned and sank, many of them high-end luxury vehicles.

[Last year], there was a cargo ship that caught fire and eventually sunk in the Atlantic Ocean. Called the Felicity Ace, the vessel was reported to have carried thousands of vehicles, including European luxury cars like Porsches, Lamborghinis, and Bentleys.

But apparently, there were also some rare and irreplaceable vehicles that were onboard the ship when it sank off the coast of Portugal. The ship’s manifest was available on the ImportInfo website, and we were able to confirm all the lost makes and models. Going through all of them might be too much of a hassle, so we narrowed it down to mentioning the most notable ones. Are your tissues ready?

Let’s start with the Lamborghinis. There were 50 units of the all-new Urus SUV and 20 Huracan sports cars. But perhaps the worst loss from the Sant’agata stable was the 15 “Ultimae” Aventadors, which were supposed to be the final edition examples of the V12 supercar.

Lamborghini had already closed down the Aventador production line prior to the tragic incident, but now they’ve restarted the factory to remake the lost cars.

While the Italian sports car maker lost 85 cars, its Volkswagen Group siblings lost a total of 3,024 cars. Audi and Porsche lost 1,194 and 1,117 cars respectively, and those include over 100 Audi e-Trons and a variety of Porsche Cayennes, Panameras, and Macans. Volkswagen lost 523 vehicles, while Bentley wrote off 190 units.

Though it’s not the most expensive one on the list, the loss of a 1996 Prelude would certainly make a Honda enthusiast sad. The 90s sport compact, according to its apparent owner, was reportedly the 65th ever produced. And worse, the two-door Honda coupe was uninsured.

The staggering loss of cars was reported to be worth around $400 million, and the tragic incident just added to the woes of car manufacturers that are already facing delays due to the global parts and chip shortage. (Source.)

This is another restriction to EV vehicles that surfaced during 2022, as some states, such as California, have mandated that more EV vehicles must be produced to allegedly fight climate change.

When Hurricane Ian ravaged Florida in 2022, it was reported that many water-logged EV cars caught fire and were very difficult to put out.

Electric car owners have seen their rides catch fire after becoming waterlogged during Hurricane Ian and it can take hours to put the conflagrations out, a top Florida official warned Thursday.

As the Sunshine State recovers from the punishing Category 4 storm that made landfall last week, first responders have faced further destruction from electric vehicles that were submerged in water from the extensive flooding and later caught fire, Jimmy Patronis, Florida’s chief financial officer and state fire marshal, said on Twitter.

“There’s a ton of EVs disabled from Ian,” he tweeted. “As those batteries corrode, fires start.

“That’s a new challenge that our firefighters haven’t faced before. At least on this kind of scale.” (Source.)

When a heat wave hit California in 2022 just before Labor Day, the government told owners of EV cars to NOT charge them because the electrical grid was overloaded from homes running air conditioning.

As a brutal heat wave cooks the West in the run-up to Labor Day, California’s power grid manager is calling on electric vehicle owners to avoid charging at peak times. The request is part of a broader effort to keep the state’s grid up and running, while locals crank their air conditioners to outlast a streak of blazing-hot days.

Through at least September 2, the California Independent System Operator (CAISO) is asking residents to conserve energy by “setting thermostats to 78 degrees or higher, if health permits, avoiding use of major appliances and turning off unnecessary lights” from 4 to 9 p.m. Pacific. “They should also avoid charging electric vehicles” during that time frame, added the nonprofit, which oversees California’s grid and energy market. (Source.)

These restrictions on EV cars just highlight more problems with this technology as according to a recent report published in Finland, the world does not have enough lithium and cobalt to replace batteries in EV cars every 10 years. (Source.)

Then there was this report a few weeks ago:

EV Owner Needs Replacement Battery, Told She’ll Have to Wait Four Years to Get It

An electric vehicle owner from rural Alaska found out that owning an EV is less than ideal when she was told it would take four years for her to get a replacement battery pack for her Chevy Bolt.

Patricia Atkinson, who lives in Sitka, in Southeast Alaska, a town so small and isolated it has no public charging stations, bought her electric car from a dealer in Seattle, Washington. She had to travel to Washington to buy the car because there are no car dealers in her small town. But recently she was told that her EV is the subject of a fire hazard recall that has affected around 140,000 Bolts.

Suffering through a recall is bad enough for residents of Sitka. The town is on an isolated island, 12 hours from the mainland on a boat that only comes once a month, according to industry website, Inside EVs

Also, because of the lack of dealers anywhere near the cold environs of Sitka, Atkinson would have to go to Juneau, Alaska, to have her battery replaced. So, the whole situation is a major ordeal. But, apparently, she will have plenty of time to make her plans after she was told that a new battery would not be available for four years.

The Juneau car dealer explained that it is not to blame. The manufacturer only allows the dealer enough supplies for eight battery pack swaps a month and with hundreds of EV owners on a waiting list for the repair, Atkinson’s slot is quite a few years down the road. (Source.)

As I have been warning for the past few years now, the technology is crashing, not evolving.