Prepare For Change
Home Uncategorized The Second Coming of The Christ

I cannot say where or when I first heard this expression. It could have been during the time of my studies at the English Institution at Uppsala University in 1983-4, because I had two amazing teachers there who literally managed to steep the entire course for English studies in spirituality. There was literally no way to avoid the subject in following the course although there were certainly those who managed to miss seeing this. Through one of my mentors there I came into contact with the works of people like Doris Lessing and because of my own questioning also Madame Helena Blavatsky and the teachings of the Tibetan Masters like Kuthumi. So somewhere around that time I came into contact with the belief that Jesus Christ would one day return here to Earth.

In writing about this now I cannot avoid remembering the fact that as a child I repeated, each Sunday at mass, the Catholic Creed and the following lines come from that text;

“I believe in one Lord Jesus Christ,
the Only Begotten Son of God,
born of the Father before all ages……..
He ascended into heaven and is seated
at the right hand of the Father.
He will come again in glory
to judge the living and the dead
and his kingdom will have no end. “

So of course I really did not have to wait until my English studies to be aware of the return of Christ to Earth – it was programmed into me and all other Catholics each time we attended mass which in my childhood was at least once a week.
Now when I re-read these lines that I repeated regularly at mass I realise that there was a great deal of truth in them. But here we also see an example of the Jesuit programming within the Catholic Church like the use of the term ‘Only begotten Son’ which of course is so far from the truth. We know that there are many Ascended Masters like Yeshua assisting us right now. This planet has definitely not been an easy one either to Ascend from or escape from because of the veil. We have learned from Cobra that a mere 70 people [approx.} have managed to ascend from here and not one since 1996 but after The Event that will change dramatically. 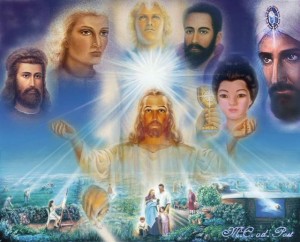 Today I believe as I have always done in Jesus Christ. Today I believe that Jesus who would prefer to be called Yeshua {maybe because He truly wishes us to remove Him from that cross now and see Him as our Brother} is very much a part of our Ascension process, of the Ascension process of Gaia and all of us with her. He is working along with other Ascended Masters {1} such as Saint Germain, Kuthumi, El Morya and others not in least along with Divine Mother and the Archangels Michael and Gabrielle {a She} to support the return of a Golden Age of Peace to Earth, a time of peace on Earth which will last forever – not for 1000 years – but forever. The Armageddon timeline is erased. And Yeshua – our Beloved Jesus is truly returning to walk here on this planet again with us. 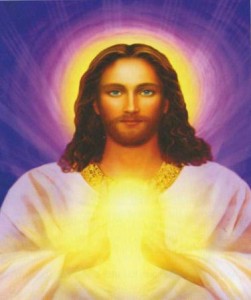 The Return of The Masters

My studies have led me to understand that we presently have Archangels incarnated here on Gaia. This is something that I myself consider to be fact; there is no doubt in my mind that this is so.
Recently Cobra mentioned that most Lightworkers have on average about 100 lives of experience of living here on Gaia. The Lightworkers here have been chosen because as Keisha ‘Little Grandmother’ would say they are ‘the strongest of the strongest’. There were many others who would have wished to be a part of this change but did not get the chance to.

When discussing this subject I find myself thinking about the group of people known as Jehovah Witnesses. Here is a quote taken from Wikipedia regarding some of what they as a group believe in,
‘Jehovah’s Witnesses teach that the present age of human existence is about to be terminated with the direct intervention of God, who will use Jesus Christ to fully establish his heavenly government over earth, destroying existing human governments ……’ then follows a part of the information that ‘does not fit’ into the changes ahead of us, as much of the belief within the group is based upon the Armageddon Timeline which is totally erased since December 21st 2012.

So I would deduct that approximately 22-23% of the Jehovah Witness groups beliefs are part of the truth. 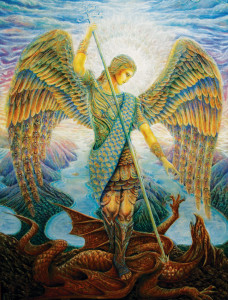 In both the Catholic Creed in the mass and the beliefs of religious groups like the Jehovah Witnesses there is the belief in a day of judgement. Archangel Michael in a huge number of depictions of Him like Statues, Paintings etc. is shown carrying a scale holding people – weighing their ‘sins’ if you like.
The only judgement about to take place on this planet is the one described in the Event information. There will be no such a thing as hell any longer. Each and every soul on this planet will be given an opportunity to choose their future one way or another. Hell was a creation of the archons to keep us imprisoned here – they themselves were the ‘lords of karma’ and that timeframe is now over.
In the book about Archangel Michael by Archangel Michael {2} we are told that He is not here to judge us nor is He here to punish us – He is here to liberate us.
He explains to us the true meaning of judgement. He explains that there is a separation of dark and light within us, a separation of our true shining selves from darkening clouds. He tells us that He is giving us the insight to choose – the freedom to choose.

Steve Beckow has written several articles on the subject of the Return of The Masters. He says and I agree with him that the Return of The Masters in his opinion is the Event among the 10 ‘Events’ of the Event {3}, that corresponds to the Second Coming of The Christ. Steve says that it is his belief and again I agree entirely that Jesus – Yeshua is never far away from the soul that loves Him, and that He frequently makes His Presence known in some way.
The day is coming when He will gladly walk among us again here on Gaia. Everyone will be able to see and acknowledge Him.
2000 years ago the arrival of Jesus was foretold by John the Baptist. Today I would estimate that at least 500 million people worldwide would claim that they believe that Jesus Christ – Sananda – Yeshua is returning soon to Earth. 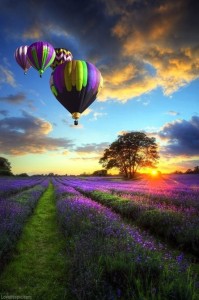 The time ahead of us will truly be a time of spiritual awakening on this planet – big time – the time of Ascension. When it is time for the Masters to return to Earth and my guess is that it may occur about 18-24 months after the first Event of The Event. We will be taught the pure truth by Them. They will clarify for us the ancient wisdom in a simplified way so that all who have a desire to will understand. As Steve said, Avatars have always come to help us to take evolutionary steps forward. We will need the Return of The Masters to support the enormous Spiritual transformation we will be going through to become true 5th Dimensional human beings.
The Masters will come and teach us about the Higher Dimensions and how we will need to adapt and develop to live and exist within these Higher Dimensions.

I believe that when the Masters return we will already have created many places and cities of Light around this planet. I believe that They will be talking directly to us and when we can see and hear these familiar Higher Beings like Jesus addressing us, when we are hearing Them speaking in Their words through the powerful Love expression that They Are we shall no longer have any doubt whatsoever who They are. As 5th Dimensional beings we will understand the necessity of keeping our connection with Source at all times and this new habit will support each person in following their highest principles. People will hold to higher standards and goals generally speaking as they grow to truly understand that their creative process along with the co-creation of paradise on Earth will be enhanced this way.

{1}For more information on some of the Ascended Masters supporting us in this liberation process go to this link and roll down the page about half way;

{2}THE SERIES OF EVENTS THAT CONSTITUTE ‘THE EVENT’ AND EVENTS THAT HAVE AND MAY PRELUDE THESE;