Prepare For Change
Home Resistance You wanted to be Luke Skywalker . . . . but instead... 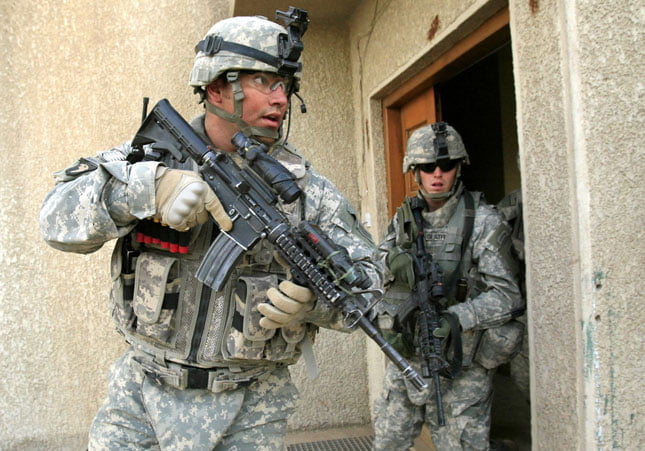 (Very well said Daniel – warning to some – swear words.  I appreciate his candid and honest writing.  War is . . . . no longer needed in our new society. )

POWERFUL STORY: Read this shocking account of how U.S. Iraq War veterans had their 9/11 patriotism crushed & replaced with something far more alarming…

How do you Americans as a people walk around head held high, knowing that every few months your country is committing a 9/11 size atrocity to other people. Imagine if the 9/11 terror attacks were happening in america every few months. Again and again, innocent people dying all around you. Your brothers and sisters. For no reason.

“Many of us are unable. Many of us watched 9/11, and accepted the government and media’s definition of the attack as a act of war rather than a criminal action. A smaller portion, drifting along passively thought a major war was coming, that people we knew were going to fight and die. Some of us maybe worried about our younger brother being drafted, despite being in college. Now, it seems stupid, but in the 72 hours after 9/11, some Americans, maybe suffering from depression, certainly with a mind shaped by comic books and action movies, ate up the “us vs. them” good vs. evil rhetoric spouted by the cowboy in chief. After all, he was the president, and no matter how bright you might think yourself, you can still be swayed by passion and emotion, led to terrible decisions.

Some of us, therefore, left our dorm rooms, and walked down Main Street to the recruiter’s office. Some of us were genuinely surprised the office wasn’t full to bursting of young men eager to avenge their fallen countrymen. Some of us were genuinely surprised when we had to push the recruiter to stop trying to sell desk jobs and just let us join the damn Infantry.

Some of us got enlisted, then, and went down to Georgia, head high to mask the anxiety and fear they might have helped. Perhaps some number of Americans in this situation discovered that maybe it hadn’t been the best idea, but would be goddamned if they were going to admit it, and let everyone back home smuggly remark on how right they were.

So they persevere. They learn to work as a unit, to look past personality issues, to see each other as Soldiers rather than as a race, or economic status, or any of the other things people hate about each other.

They learn to kill.

Then some of these people, perhaps while sitting hungover in the platoon area in the Republic of Korea hear that we have invaded Iraq. They have “Big Scary Bombs”, and Saddam Hussein, the secular Arab dictator had somehow colluded with the devoutly religious OBL to attack the US. They hated our freedom, you see.

Then some of these young American men might transfer back to Georgia and be assigned to the 3rd Infantry Division, and end up in Iraq in January of 2005. And maybe these kids, still drunk on Fox News and fantasies of glory and renown being enough to win their ex-girlfriends back, are excited to go to Iraq. Sure, we hadn’t found any WMDs yet, and we had Hussein in custody, but they were still somehow a threat and had to be dragged kicking and screaming into Jeffersonian democracy. Inside every dirka is a good American, yearning to be free.

So you fight. You kill. Watch friends die. Its usually quick, almost never quiet, but for the rest of your life, when you remember sitting at the bar with them, they’re blown open. You picture the nights you spent downtown at Scruffy Murphy’s, but instead of the stupid hookah shell necklace, your boy’s jaw is blown off, and his left eye is ruined, and he’s screaming.

You fight, you kill, you watch friends die, and you notice a distinct lack of change. You kick in doors and tell terrified women to sit on the floor while you and your friends ransack their home, tearing the place apart, because they might be hiding weapons. There is no reason to believe this house in particular is enemy, same for the next one, and the one after that, or the seven before; they just happened to be there, and maybe they had weapons. Probably not, they almost never did. There were a few times when we had deliberate raids based on solid intel and we’d turn up some stuff, but generally we were just tossing houses because we could.

Then maybe your FISTer forgets to carry the remainder, and drops a mess of mortars on the village your supposed to protect. Maybe the big Iraqi running at you screaming was just mentally ill. Of course, you won’t know this until after you’ve but seven rounds through his ribcage, and his wailing, ancient mother is cradling his body, spitting at you.

Maybe when you get back to the FOB, the Platoon Sergeant tells you you did the right thing; next time, it might be a suicide bomber. They tell you it was an honest mistake, it wasn’t your fault. They tell you to go get some chow, take a shower if the water works, and sleep it off. You did good work that day, apparently.

During chow, the TV is on AFN, and they are rebroadcasting some Fox News show, and you’re hearing about drone strikes, and all the great things we’re doing, and you can’t help but see that poor dumb assholes face, looking past his mother as he bleeds to death. He’s in pain, obviously, but he has the most perfectly confused look on his face. He doesn’t comprehend what’s happening. Little more hot sauce on your eggs doesn’t really help.

Then you realize you haven’t seen anything to support the idea that these poor fuckers are a threat to your home. You look around and you see all he contractors making six figure salaries to fix your shit, train Iraqis, maintain the ridiculous SUVs the KBR dicks ride around in. You consider the fact that every 25mm shell costs about forty bucks, and your company has been handing those fuckers out like shrapnel flavored parade candies. You think about all the fuel you’re going through, all the ammo and missiles and grenades. You think about every time you lose a vehicle, the Army buys a new one. Maybe you start to see a lot of people making a lot of money on huge amounts of human suffering.

Then you go on leave, and realize that Ayn Rand has no idea what the fuck she’s talking about. You realize that Fox News and Limbaugh and John McCain don’t respect you or your buddies. They don’t give a fuck if you get a parade or a box when you get home, you’re nothing to them but a prop.

Then you get out, and you hate the news. You hate the apathy, and you hate the murder being carried out in your name. You grew up wanting so bad to be Luke Skywalker, but you realize that you were basically a Stormtrooper, a faceless, nameless rifleman, carrying a spear for empire, and you start to accept the startlingly obvious truth that these are people like you.

Maybe your heart breaks a little every time some asshole brags about a “successful” drone strike.

Your statement is correct enough; if all of America was one dude, that dude would not give a shit about the little brown people we’re burning and crushing and choking to death. We aren’t all like that, but it makes me incredibly, profoundly sad to see what my country actually is.

Some of us care, and I think there are more every day.”

Reprinted with permission from Daniel. Source