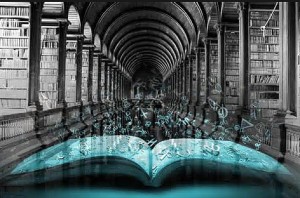 In a recent interview,  a woman with access to the Akashic Records stated there will be some major impending changes on our planet, including a change in power and a new currency in the near future.

When a person dies, they have a life review in which they see and experience their affect on others, which helps their spirit achieve mastery, she said. According to the information she received from “source” (i.e. the Akashic records), Earth was originally a paradise planet, but experienced a fall and moved into denser and denser vibrations. Many of the early spirit beings came here a mission to get the planet back on track, and a lot of them are reincarnated now in this lifetime, she reported. Our old world is dying as a new energy is in the process of manifesting on Earth, but we have to go through a kind of birth canal to get there, which causes a lot of unresolved issues to surface, she pointed out.

In this interview, Aingeal Rose O’Grady, discusses her remarkable ability to access these records which are reported to contain all knowledge of human experience and the history of the cosmos.

“I find it interesting that there is this intelligence that does record every minute, every little detail of life”, she said.

Further, each person has their own ‘library book’ as it’s called, as well as a ‘database’ which is the record of all the lifetimes a person has led, and their track record for successes and failures during them, she explained. She views the records as spiritual in nature, though some have said there are “holographic crystal discs” that hold this information.

So What Does O’Grady Foresee?

O’Grady stated that we are adjusting to new earth energies and it is going to manifest but it will take between 10-15 years.

Keep in mind that Pluto is in Capricorn until 2023, so that would less than 10 years from now.

In brief, the last time Pluto was in Capricorn was in 1776 during the American Revolution. It is no coincidence that revolutions are happening all around the world right now. Pluto is known as the “Destroyer” and typically breaks down that which is corrupt and allows that which is in humanity’s best interests to replace those control objects that have kept us economic slaves for hundreds of years.

According to O’Grady, she gets her material directly from “Source”.

Source told O’Grady: “It’s like we’re going into this birth canal.  This light is coming in and it is stimulating a lot of unhealed things in people,” adding that ,”The old world is dieing.  It’s just not going to be the same.  In that process, you will have people leave.  They won’t be able to handle the pressure of it.” 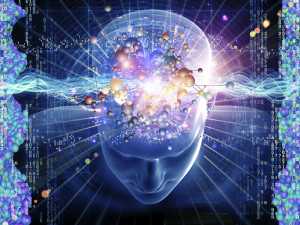 “The shift is happening on so many levels.  It’s happening to our biology’s, our animal our plant life.  It’s seen under the oceans.  There’s a huge cleansing going on and everybody is feeling it.”

O’Grady added that she continues to see blessing going all over this planet from outside sources. “Because of these blessings, we are being supported in manifesting in a way that we never have been before.”

In this writer’s opinion, it sounds as if our planet is being watched over and protected by our galactic neighbors.

O’Grady believes that people should prepare themselves for any sort of earth changes by having proper water, medical supplies and storable food but added that we are heading toward something that is “really, really wonderful”.

Evil Is On Its Way Out

“Source has told us that ‘evil’ is on its way out. It’s a process. It’s unrealistic to think that it’s going to happen overnight, not with all of the things that need changing. There is so much miraculous stuff going on… people (are) waking up (and) creating new paradigms that I think we’re going to succeed.”

“We have until 2017 for all of this cleansing process and all of this evil to be over with.  A lot of this is consciousness dependent.  Thoughts are materializing much faster now.” 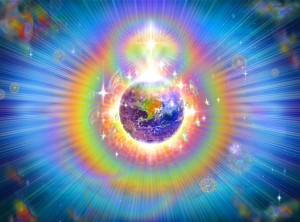 Government Will Not Give Up Easily

“I think we still have a government fight on our hands.  They’re not going to give up easily in terms of their agendas to continue to take away more of our rights and our freedoms but we are the ones who really have to take hold of ourselves and stop our codependency on all these systems.”

O’Grady believes that we need to start growing more of our own food and come up with a new money system that replaces the current fiat currency.  “I don’t really see the end of money but I see a change in who controls it and what we do with it.”

Many investors and corporate insiders are dumping their stocks in their own companies in mass quantities. It has become apparent that the current unsustainable system of fiat currency is about to meet its inevitable fate.

O’Grady stated, “Our thoughts are manifesting at a rapid rate right now and we really need to be choosing the highest (good) in all situations.”

You may want to incorporate abundance and prosperity for everyone in your thoughts and meditations.

For example, after I clear myself and my surroundings before I meditate, I then ask my spirit guides and guardian angels for guidance and protection. Additionally, I thank my friends and family on both sides of the veil as well as our galactic neighbors and friends for helping to protect us and ask for their guidance as well. I thank the visitors to in5d for being a big part of this amazing awakening process and lastly, I thank Mother Earth for being such a gracious host to us.

If our thoughts are manifesting quicker then ever, then please help to envision this new world of abundance for all!