Hopi Prophecy and the End of the Fourth World Part 1 is published on Ancient-Origins.net explaining the culture of prophecy that has enabled them to continue into our time from their deep origins in the past. The information revealed here give credence to the purpose of Prepare for Change Network. Their connection to spirit is nourished daily with a contemplative lifestyle and isolation from the influence of the modern world. They are the model of a successful spiritual community. 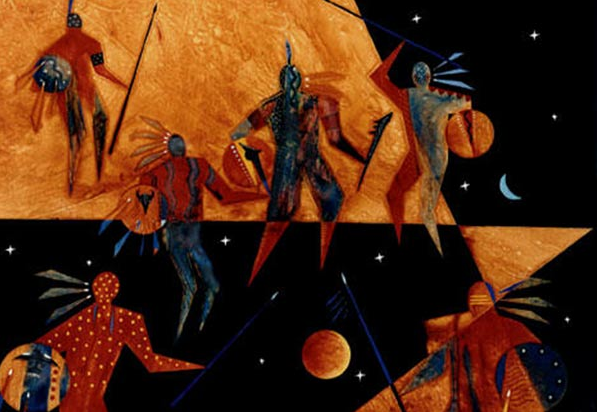 More than any other tribe in North America, the Hopi Indians have developed according to the dictates and demands of what may be called a legacy of prophecy. The predictions of the life to come do not merely pertain to the Hopi themselves but deal with impending events on a global scale. These prophecies began to be made public shortly before the mid-20th century. The Hopi are an aggregation of clans that came together at the “center-point” (Tuuwanasavi) in northern Arizona during the course of their migrations. Because they are not a monolithic tribe, the sources of their prophecies are fragmentary and multifarious. Part of the lack of narrative clarity also has to do with the secretive nature of the Hopi. These isolated, sedentary farmers living in unpretentious pueblos (basically stone apartment buildings) on the high desert of the American Southwest have looked into the future from their kivas (subterranean, communal prayer-chambers) and have seen some rather disturbing scenarios. Many times they simply do not wish to share these visions with the outside world. Considering the history of exploitation and genocide of Native Americans in general, this is understandable.

Like the Maya, among whom the Hopi once lived and with whom they later traded, the Hopi conceptualize the cycles of time as world-ages. The Hopi believe that we have suffered three previous world cataclysms. The First World was destroyed by fire—a comet, asteroid strike, or a number of volcanic eruptions. The Second World was destroyed by ice—a great Ice Age. As recorded by many cultures around the globe, a tremendous deluge destroyed the Third World. These three global destructions were not the result of merely random earth changes or astrophysical phenomena but of humankind’s disregard both for Mother Earth and for the spiritual dictates of the Creator. In other words, cataclysmic events in the natural world are causally connected to collective transgressions, or negatives human actions.

Unlike the Maya, the Hopi are rarely specific about the dates for the shifting of these ages. It has been said that the Maya were masters of time, whereas the Hopi are masters of space. The verb tenses here are deliberate, given that the Maya no longer follow the Long Count calendar of 394-year cycles. Instead they now use the Tzolk’in calender of 260 days—an amazingly complex system nonetheless. Living on their three primary mesas, the Hopi continue to perform a series of annual sacred rituals within their ceremonial cycle in order to keep not just themselves but rather the whole world in balance.