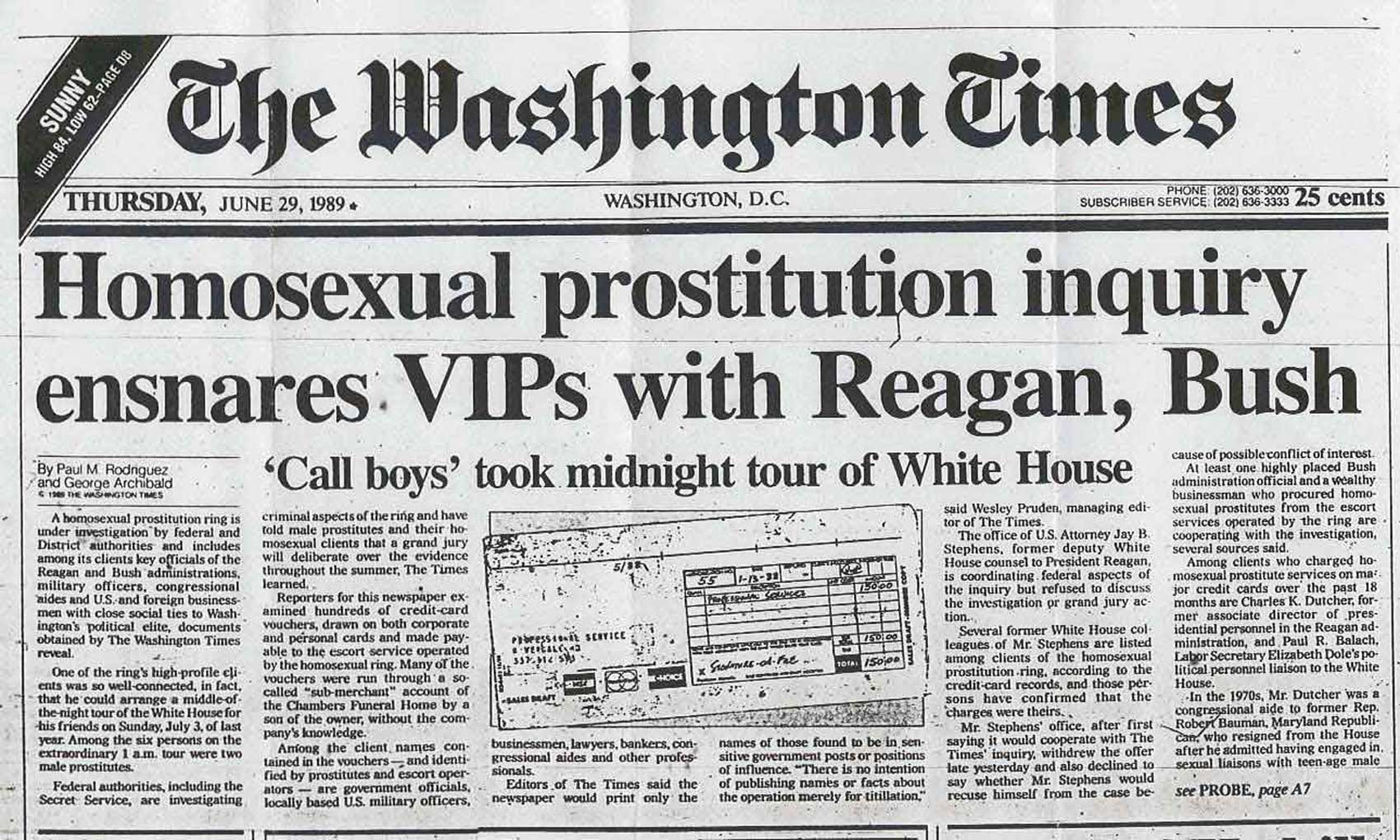 In this Buzzsaw interview (below), filmmaker Sean Stone interviews Tammi Stefano, the Executive Director of The National Safe Child Coalition (NSCC), and exposes much of the corruption happening within Child Protection Services and Family Courts. This might be one of the few interviews currently available on the Internet that gives this much information on the child sex trafficking business that exists in LA County, and across the nation. Tammi Stefano reveals some very shocking information about the child and human trafficking business currently operating in the United States, which is a huge illegal business that brings in more money than the illegal drug trade and illegal arms trade combined.

Tammi Stefano has spent over two decades on front lines fighting for child safety. She understands the emotions of being victimized, having survived a kidnapping in her younger years. Determination was the driving force that prompted her to go undercover to catch a pedophile school teacher.

Picking up the interview at about the 9 minute mark, Stefano begins to explain that when there is an allegation of child abuse, law enforcement and child protection services (CPS) are the two entities that get involved. According to Stefano, the social workers working in child protection services across the country do not have the training to truly investigate child abuse, because child abuse is a crime. Stefano encourages the listeners of the program to call law enforcement, not CPS, if they encounter sexual or physical abuse of a child, because this is a crime, and CPS is not trained to handle crimes. Stefano says:

The minute you call child protection services, you can rest assured that the investigation will not be done properly. Chances are the child will not be protected.

She then gives the example of Los Angeles County, where in 2013 CPS took “thousands of children away from parents,” and that 570 children were murdered while in the care of CPS and away from their families.

Foster Children Bring in Great Profits to the State

At another point in the interview, Stefano relates how California benefits financially from having children in foster care. She states that adults who are incarcerated in the penal system on average cost the State about $48,000.00 per prisoner. For children taken in foster care, however, one child can bring in up to $1 million of revenue to the State. Children who need “extra care” are given many medical treatments, such as psychotropic drugs. (See: California’s Crisis: 1 Out of Every 4 Children in California’s Foster Care Prescribed Powerful Psychiatric Drugs)

Stefano gives one example she encountered where a Los Angeles judge sent one mom’s son to a “behavioral modification camp” because he was allegedly labeled “defiant.” He was given electro-shock treatments, and these treatments were billed to the mother at a cost of $7000.00 per week. Stefano stated that the mother is still making payments on these “treatments,” while her son is now 23, and she still has 10 years left on her payment plan. To this day she does not know where her child was sent for these “medical services.”

CPS Putting Children into Sex Trafficking is a Huge Problem

At around the 25:15 point in the interview, Stone and Stefano begin to discuss the child sex trafficking problem. When Stone asks Stefano if she has encountered sex trafficking among children, she replies: “We need to cover it a lot more.”

As an example, she mentioned a sex trafficking case with CPS in Orange County California last year. Stefano says that of 105 sexually abused victims that were found in this case, 65% of those victims were in the foster care system under CPS control, and they were allegedly never reported missing. Stefano says:

What we are finding now is this trafficking is a lot bigger, and a lot more involved politically than we care to look at, or the media won’t cover. Everybody is afraid because there are some really big heavy hitters that are very influential that are involved.

So children are definitely a commodity. They are a commodity to make money.

Stefano then relates the following story:

Last year I had a case where a lovely young girl, a single mom – her mom was a great Italian woman who lives in Burbank. She was having some problems with her daughter. Her daughter started hanging out with the wrong crowd – good girl though – she just needed to be pulled back in.

So her mom calls a friend at the police department, and she says, “You know, let’s put a little scare – I want to do something. I want to make sure she is OK.”

She called Child Protective Services. They said, “We need to take her, and help out here.”

The mom goes to visit her. It was near the holidays. She feels like “Alright, she is going to learn her lesson. She’ll never mess up again. This is a hard core lesson.”

Her daughter’s gone. Her daughter and three other beautiful young girls.

Now you have to be reminded that the gates around this group home, locally, are high. They are too high, and they are locked electronically. You are not getting out. And there is a full staff.

While this staff says, “Gee, we were short staffed, and we just don’t know how this gate got open.”

This mother daily for over one year posted – I mean she came on my show. She did not stop looking for her daughter. Her daughter is home (now.) She found her through the efforts of a combined community effort. And she is still healing. She was passed on to more people – she was so abused. She was locked up. She was a prisoner.

Her and three others from a State-run (foster) group home. And how did the gates get open? It was near the holidays and they just don’t have an answer.

Child Protection Services in America does not have a duty to report a child missing when the child is a ward of the State.

Stefano then talks about an organization called “The Humanitarian Alliance” and a report they have that found within 48 hours after a child has aged out of the foster care system, because they have become 18 and have left their foster homes, 65 to 70% of them are captured into human trafficking syndicates. Stefano believes the only way this can happen is because those inside the foster care system are helping to arrange it to happen, for a fee.

Listen to the entire shocking interview below. Note that the first 9 minutes discusses a new TV show and the controversial issue of corporal punishment. At about the 9 minute mark is where they begin to discuss the abuses within CPS.

Tammi Stefano is the Executive Director of The National Safe Child Coalition (NSCC). At one point during the interview she related how her child advocacy campaigns have resulted in death threats from angry foster parents. She also stated that her website has been hacked, and that her phone has been tapped “numerous times.”

“What we are finding now is this trafficking is a lot bigger, and a lot more involved politically than we care to look at, or the media won’t cover. Everybody is afraid because there are some really big heavy hitters that are very influential that are involved.”

Stefano is the not the only one to step forward and reveal this kind of criminal child sex trafficking among powerful people. Back in 1989 the Washington Times published a report about an alleged illegal homosexual pedophile prostitution ring that involved members of Congress and the White House in Washington, D.C.

The “scandal” eventually died down and nothing apparently happened.

Politicians are aware of child and human trafficking, and laws have been passed to supposedly address the problem. On May 29, 2015 S. 178, the “Justice for Victims of Trafficking Act of 2015” was signed into law after much political fighting.

However, based on the information we have learned from Tammi Stefano in this interview, as well as the testimony and reports of countless others, government funding is the PROBLEM, and not the solution! Ironically, this new bill that just passed under the auspices of dealing with child sex trafficking, might actually perpetuate the problem and make it worse, by funneling even more federal funds into social services for children and troubled youth. 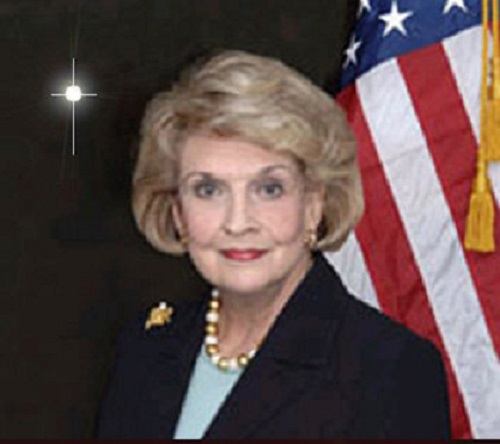 Will people truly aware of the problem, particularly in politics, really be able to do anything to solve this problem? Georgia Senator Nancy Schaefer was one of the few who did speak out, and try to do something to stop this horrendous problem, but now she is dead. (Story here.)