Just remember if you do watch or listen to major media sites, beware of what you are being told.  This is especially true for the never-ending political bad mouthing campaigning distractions.  It’s all a distraction.  I’d like to thank www.theantimedia.org for bringing us back to the issues being covered up. 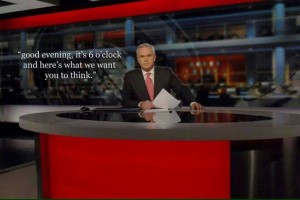 Click this link for the full article and links.

. . . . .Without a single mention of the current leader for the GOP nomination, here are ten significant stories the world missed while Donald Trump was busy flapping his gums this week:

A U.S. Department of Veteran Affairs whistleblower revealed that nearly ⅓ of veterans waiting for health care from the VA died before they received treatment, amounting to over 200,000 deaths from a lack of care. Scott Davis, a program specialist and whistleblower at the VA’s Health Eligibility Center in Atlanta, provided Huffington Post with an internal report that lists the staggering figure.

“Analysis of Death Services”—a leaked VA document from April of 2015—is a review of the accuracy of veteran death records. According to the data, more than 238,657 of 847,822 veterans who enrolled for health care died before they received it. Page 13 of the leaked analysis lists the deaths of those with “pending” applications for enrollment under the sterile heading, “Individuals Pending A Decision But Likely Deceased.” (Read more here)

2. The Vote You Missed: TTIP Moves Closer to Reality

While most of Europe had its eyes and ears on the financial situation in Greece, a controversial trade deal that would affect all of the European Union was being negotiated.

On July 8th, the European Parliament voted to pass a resolution that advanced the international trade deal being negotiated between the U.S. and the E.U.—the Transatlantic Trade and Investment Partnership (TTIP).

With a vote of 436 to 241, the parliament approved a resolution related to the Investor-State Dispute Settlement, or ISDS. Under ISDS, foreign corporations would be allowed to appeal legal decisions to international tribunals rather than face domestic courts. Critics fear that this could lead to a loss of sovereignty and the enrichment of transnational corporations. The provision has been criticized by opponents of the TTIP and the equally unpopular Trans-Pacific Partnership (TPP). (Read more here)

3. The US Government is Wiretapping WAY More Americans Than it Wants to Admit

Before Edward Snowden released his notorious NSA leaks, national intelligence officials swore they were not spying on millions of innocent people. As they lied through their teeth, ongoing revelations embarrassingly exposed their dishonesty. Now, yet another deception has come to light, revealing that the government has once again lied about the extent of its invasive policies.

According to a 2014 year-end report by the Administrative Office of the U.S. Courts (AO), “a total of 3,554 wiretaps were reported as authorized in 2014, with 1,279 authorized by federal judges and 2,275 authorized by state judges.” While this official number is already high, Albert Gidari, one of the country’s top privacy attorneys, noticed a discrepancy between the AO’s numbers and those detailed by private companies. (Read more here)

An alarming recent report revealed not only that prominent psychologists colluded with the Department of Defense and CIA to create a framework of justification for appalling and inexcusable torture, but the person heading that partnership was none other than Stephen Behnke, the Ethics Director of the American Psychological Association.

“The APA’s collusion with the national security apparatus is one of the greatest scandals in U.S. medical history,” declared a statement by Physicians for Human Rights (PHR) following the report’s release. That statement called for a full investigation by the Department of Justice over the APA’s actions—and inaction—that gave the Bush administration the green light for cruel and inhumane torture of the highest order. (Read more here)

In a forthcoming interview with Al Jazeera English set to air on July 31st, a former United States general—who helped craft some of the most controversial tactics in America’s foreign wars—warned that drone strikes create terrorists. Retired Army General Mike Flynn also criticized American torture tactics and condemned the United States for the integral role its foreign policy has played in spurring the creation of the notorious Islamic State.

Flynn was a top intelligence official after 9/11. He worked for the Pentagon’s internal intelligence agency—the Defense Intelligence Agency—before conflict with Director of National Intelligence James R. Clapper forced him to resign a year ahead of schedule. Following his resignation, Flynn became an outspoken opponent of Obama’s foreign policy because, in spite of the president’s expansion of military operations, the general believed Obama had not been sufficiently aggressive in battling the Islamic State. (Read more here)

6. 5 Alternative Doctors Dead, 5 More Vanished in Less Than a Month

Coincidence no longer seems realistic as reports of yet another suspicious death of an alternative health doctor bring the alarming total to five—and that doesn’t include another five doctors who seem to have vanished into thin air. Every one of these mysterious deaths and unexplained disappearances occurred in less than one month under mysterious circumstances that have left the alternative health community desperate for answers.

On June 19, a fisherman discovered a body in the Rocky Broad River in Chimney Rock, North Carolina with what the Rutherford County Sheriff’s Dept. described as a “self-inflicted gunshot wound to the chest.” It wasn’t until June 23 that Dr. James Bradstreet was conclusively identified. He had been a prominent autism researcher who investigated a possible link between vaccines and autism, which led to a conflict with the Centers for Disease Control. Two items of note in this case are the questionable determination that his death was self-inflicted and the unknown reason for an FDA raid of his clinic in Georgia just prior to his death. Investigation is ongoing. (Read more here)

A small town about two-and-a-half hours northeast of Oklahoma City is without a police force today after the entire police department resigned on July 15th.

Conflict arose between officers and the town administration in Chelsea, Oklahoma—a city of approximately 2,000 people—in May when Brian Haggard, a prominent member of the community, was arrested on DUI charges. City officials were then accused of pulling strings in an effort to make Haggard’s troubles disappear, which ultimately prompted the department to quit. (Read more here)

It is well known that Greece has been on the verge of economic collapse since it missed a debt payment to the IMF at the end of June. Banks were forced to shut down, account holders were limited to withdrawals of $70 a day from ATMs, and foreign money transfers were blocked.

When President Obama declared military operations against the Islamic State (IS, ISIS, ISIL) ten months ago, the plan was to train moderate Syrian fighters to combat IS while the U.S. supported them with airstrikes. Advocates of the program claimed it would produce 5,600 U.S. trained and equipped fighters per year while costing a mere $500 million. Now, the plan to train and equip Syrian rebels who will only fight IS has clearly failed. It has produced just 54 fighters for combat in Syria.

As a result of this massive shortcoming, the U.S.’ strategy has shifted to coordinating its air strikes with a different rebel group. That rebel group is known as the YPG, a Kurdish militia that now controls most of northeastern and parts of northwestern Syria.

The YPG, however, has its own agenda. It seeks to create a Kurdish independent province on the border with Turkey, known as Rojava, by linking the provinces of Cizir, Kobani, and Efrin together. To do that, the YPG must take over the border towns of Tal Abyad, Jarabulus, Kobani, and Azaz. The U.S. also wants the YPG to control these towns in order to cut the supply lines to the Islamic State. What the U.S. does not want is what YPG is actually doing when they take over these towns—ethnically cleansing the non-Kurdish population from the area. YPG was accused of doing just that when it recently took over Tal Abyad, where 26,000 people fled the town after YPG took it over. They did it again in the border town of Dedeler. (Read more here)

Former U.S. General Wesley Clark made headlines recently for an absurdly disquieting solution for citizens who “don’t support” the United States: Lock them up in internment camps as prisoners of war. Yes, seriously.

In fact, in the MSNBC interview, Clark even advocated a pro-America, pro-nationalist, Kafkaesque neighborhood watch program to root out America’s problem “radicals” and urge their return to the happy fog of unquestioned patriotism.

“We have got to identify the people who are most likely to be radicalized,” he warned. “We’ve got to cut this off at the beginning.” Get ‘em while they’re young, right? “There are always a certain number of young people who are alienated. They don’t get a job, they lost a girlfriend, their family doesn’t feel happy here and we can watch the signs of that. And there are members of the community who can reach out to those people and bring them back in and encourage them to look at their blessings here.” (Read more here)

This article (10 Stories More Important Than Anything Donald Trump Said Last Week) is free and open source. You have permission to republish this article under a Creative Commons license with attribution to the author and theAntiMedia.org. Tune in! Anti-Media Radio airs Monday through Friday @ 11pm Eastern/8pm Pacific. Help us fix our typos: [email protected].