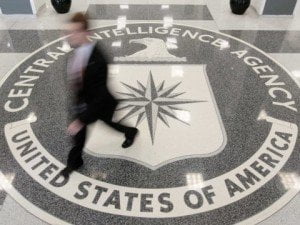 Edward Snowden, a former intelligence contractor has leaked the very first documentation that proves the existence of clandestine black budget operations (1)(programs that are extremely classified dealing with technology, information and more.) Did we really need this leak in order to believe that black budget programs operate in secrecy? No, many people will tell you that the existence of black budget programs was obvious and that we didn’t need any official documentation to prove it, but this still helps. The United States has a history of government agencies existing in secret for years. The National Security Agency (NSA) was founded in 1952, its existence was hidden until the mid 1960’s. Even more secretive is the National Reconnaissance Office, which was founded in 1960 but remained completely secret for 30 years.

We are talking about Special Access Programs (SAP). From these we have unacknowledged and waived SAPs. These programs do not exist publicly, but they do indeed exist. They are better known as ‘deep black programs.’ A 1997 US Senate report described them as “so sensitive that they are exempt from standard reporting requirements to the Congress.” (0)(8)

The Washington Post revealed that the “black-budget” documents report  a staggering 52.6 billion dollars that was set aside for operations in the fiscal year 2013. Although it’s great to have this type of documentation in the public domain proving the existence of  these black budget programs, the numbers seem to be off according to some statements made by some very prominent people who have been involved in the defense sector for years. There is a lot of evidence to suggest that these programs are not using billions of dollars, but trillions of dollars that are unaccounted for. Here is a statement given by Canada’s former Minister of National Defence, Paul Hellyer in 2008:

It is ironic that the U.S. would begin a devastating war, allegedly in search of weapons of mass destruction when the most worrisome developments in this field are occurring in your own backyard.  It is ironic that the U.S. should be fighting monstrously expensive wars  allegedly to bring democracy to those countries, when it itself can no longer claim to be called a democracy when trillions, and I mean thousands of billions of dollars have been spent on projects which both congress and the commander in chief no nothing about(2)

We are talking about large amounts of unaccounted-for money going into programs we know nothing about. There have been several congressional inquiries that have noted billions, and even trillions of dollars that have gone missing from the federal reserve system. On July 16, 2001, in front of the house appropriations committee, Secretary of Defense Donald Rumsfeld stated:

The financial systems of the department of defence are so snarled up that we can’t account for some $2.6 trillion in transactions that exist, if that’s believable (3)

We don’t really hear about black budget programs, or about people who have actually looked into them.  However, the topic was discussed in 2010 by Washington Post journalists Dana Priest and William Arkin. Their investigation lasted approximately two years and concluded that America’s classified world has:

Become so large, so unwieldy and so secretive that no one knows how much money it costs, how many people it employes, how many programs exist within it or exactly how many agencies do the same work (4)

Another person was aviation journalist Bill Sweetman. Within the Pentagon, he estimated that approximately 150 special access programs existed that weren’t even acknowledged. These programs are not known about by the highest members of government and the highest ranking officials in the military. He determined that most of these programs were dominated by private contractors (Lockheed Martin, Boeing, etc.) and that he had no idea as to how these programs were funded(5)(8).

Dwight Eisenhower, former 5 star U.S. general (highest possible rank) and President of the United States also warned us about  secrecy and the acquisition of unwarranted influence within the “department of defence” with his farewell speech:

In the council of government, we must guard against the acquisition of unwarranted influence whether sought or unsought, by the military industrial complex. The potential disaster of the rise of mis placed power exists, and will persist. We must never let the weight of this combination endanger our liberties or democratic processes(6)

The very word secrecy is repugnant, in a free and open society. And we are as a people inherently and historically opposed to secret societies, secret oaths and to secret proceedings. We decided long ago that the dangers of excessive and unwarranted concealment of pertinent facts far outweighed the dangers which are cited to justify it. Even today, there is little value in opposing the threat of a closed society by imitating its arbitrary restrictions. Even today, there is little value in insuring the survival of our nation if our traditions do not survive with it. And there is very grave danger that an announced need for increased security will be seized upon by those anxious to expand its meaning to the very limits of official censorship and concealment. That I do not intend to permit to the extent that it is in my control. We are opposed around the world by a monolithic and ruthless conspiracy that relies primarily on covert means for expanding its sphere of influence. On Infiltration instead of invasion, on subversion instead of elections, on intimidation instead of free choice, on guerrillas by night instead of armies by day. It is a system which has conscripted vast human and material resources into the building of a tightly knit, highly efficient machine that combines military, diplomatic, intelligence, economic, scientific and political operations. Its preparations are concealed, not published. Its mistakes are buried, not headlined. Its dissenters are silenced, not praised. No expenditure is questioned, no rumour is printed, no secret is revealed (7)

The amount that the US sets aside for sensitive operations each year is not allowed to be published for eyes outside of the intelligence community. We are in an age where the US is having a difficult time keeping sensitive information under wraps, and although there is an abundance of blatant information for the world to wake up to, that which is still kept under tight wraps has also become more transparent. Many phenomena previously labelled as merely a “conspiracy theory” are now surfacing as true and verifiable day after day.

Could some of these black budget programs be dealing with UFOs? There is a large amount of evidence to suggest that they do, and possibly even extraterrestrials. Documents from the NSA prove that UFOs and extraterrestrials are of high interest to the agency(9)(10). In fact I would like to mention that there is an overwhelming amount of evidence to suggest that these black budget programs deal with matters beyond our world. Garry McKinnon has also shed light on this fact, as have thousands of previously classified documents and statements from high level government and military personnel. The world within our own world must be quite fascinating, the fact that we are living in the time of transparency must mean that the truth cannot stay hidden forever.

Excerpt from the book “A.D. After Disclosure” written by Richard Dolan and Bryce Zabel (8).

By now, the classified world has moved far beyond the reach of the public world, and far beyond in its power and capabilities. Consider the story of a former NSA scientist who spoke with the authors. According to this individual, the NSA was operating computers during the mid-1960s with a processing clock-speed of roughly 650 megahertz(MHZ). To put that in perspective, it took 35 years for personal computers in the consumer market to reach that speed. Indeed, in 1965 there were no personal computers at all. Immediately, the near-fatal Apollo 13 mission in 1971 comes to mind, with its reliance on slide-rulers by mission specialist to guide the damaged NASA spacecraft back to Earth. When presented with this image, the NSA scientist shrugged and stated that secret computational capabilities were too important to share with NASA. So in, in computing, the National Security Agency was an amazing 35 years ahead of the rest of the world. This leads one to wonder what its computational powers are today.

Another example was the U.S. air strike against Libya in 1986. The raid employed f-111 fighter aircraft. Left out of the mission, however, was the F-117A Nighthawk, better known as the stealth fighter. It had been operational since 1983, but was still classified in 1986. In a form of logic both perverse and rational, the F-117A was so radically advanced that keeping it secret was more important than using it for this military mission.

Given the mixture of a treasure chest of government money, and private connections, the likelihood exists that six decades later there is a clandestine group that possesses:

This might well qualify them as a separate civilization – one that has broken away from our own, in effect, a breakaway civilization. Still interacting with our own, its members probably move back and forth between the official reality of what we are supposed to believe, and the other reality which encompasses new truths and challenges.

(5) Sweetman, Bill. “In Search of the Pentagon’s Billion Dollar Hidden Budgets: How the US Keeps Its R&D Spending Under Wraps.” Janes International Defence Reporter, Janurary  5, 2000