Prepare For Change
Home Interviews Jimmy Carter: The U.S. Is an “Oligarchy With Unlimited Political Bribery” 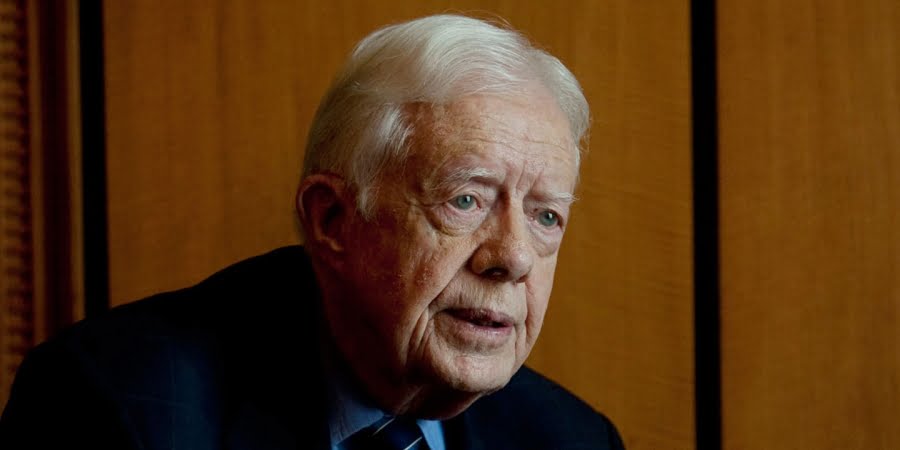 Former president Jimmy Carter said Tuesday on the nationally syndicated radio show the Thom Hartmann Program that the United States is now an “oligarchy” in which “unlimited political bribery” has created “a complete subversion of our political system as a payoff to major contributors.” Both Democrats and Republicans, Carter said, “look upon this unlimited money as a great benefit to themselves.”

Carter was responding to a question from Hartmann about recent Supreme Court decisions on campaign financing like Citizens United.

HARTMANN: Our Supreme Court has now said, “unlimited money in politics.” It seems like a violation of principles of democracy. … Your thoughts on that?

CARTER: It violates the essence of what made America a great country in its political system. Now it’s just an oligarchy, with unlimited political bribery being the essence of getting the nominations for president or to elect the president. And the same thing applies to governors and U.S. senators and congress members. So now we’ve just seen a complete subversion of our political system as a payoff to major contributors, who want and expect and sometimes get favors for themselves after the election’s over. … The incumbents, Democrats and Republicans, look upon this unlimited money as a great benefit to themselves. Somebody’s who’s already in Congress has a lot more to sell to an avid contributor than somebody who’s just a challenger.

I’ve added Carter’s statement to this list of politicians acknowledging that money controls politics. Please let me know if you have other good examples.

(Thanks to Sam Sacks for pointing this out.)

HTL talks to the People’s Health Alliance about its roadmap for revolutionary change in UK public health.

The People’s Health Alliance Spreads it’s Wings Across the Nations!