Prepare For Change
Home Disclosure Hundreds Of Large Sphere Like UFO’s Massed By The Sun? 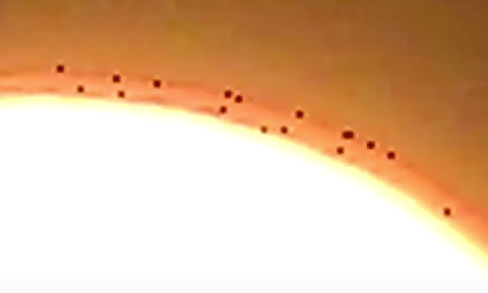 Over the last so many years, truth seekers have spotted many unusual crafts near the Sun, but just recently one particular person managed to capture something potentially INCREDIBLE on their powerful Camera – 500-1,000 Spheres like UFO’s darting backwards and forwards next to the Sun!? 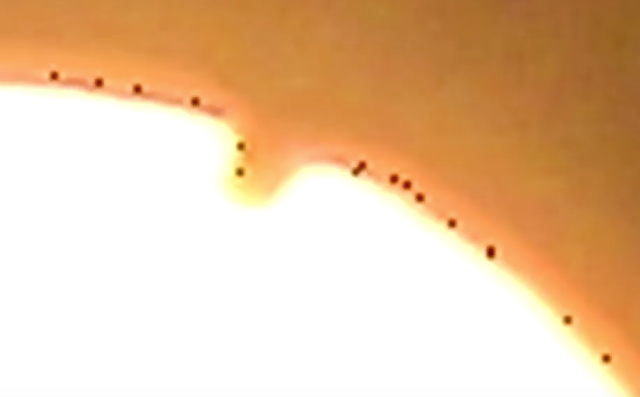 Youtube user, UFOvni2012, said that he used a very powerful  SONY FDR-AXP33 camera to capture this madness next to the Sun.  Without realising the potential damage the YouTube user could have caused on his camera, he managed to capture this bizarre sight of the HUGE UFOs shooting from place to place at light speed, hovering, then shooting off again in another direction.

Please see the crazy video below of these strange Orb like objects next to the Sun:

U.I.P SUMMARY – It has been noted that this capture is only around the Suns Carona, so just imagine how many of these bizarre UFO’s could possibly be around other parts of the Star!?

Could it be that those who have suggested that the ET’s are using our Sun as some kind of portal is true!? Or could it be these crafts are potentially collecting some kind of important elements which is coming off the stars, and the UFO’s are battling over it!?

There is so MUCH that we do not yet know about the Universe that these UFO’s (if they are UFO’s) could be there for any number of reasons! Think about it, we do not even know what lies at the bottom of our oceans, so how can we even imagine what they want with our local Star.

As mentioned above, U.I.P and many other sites have posted numerous article reference large UFO’s being seen towards, the Sun, something which NASA has never dismissed or confirmed.  Us Humans always think of traditional ways of travelling the vastness of Space, but it is becoming VERY clear that the ET’s use Science and Technology beyond our beliefs!

Who knows, perhaps the Orbs we see here on earth are coming from the Sun…..sent from something much much bigger!

NASA either need to wake up to this OR confirm what the hell is going on, but as always we can never depend on the worlds leading Space Agency.

Could it be that the below video, recorded a little while ago of a HUGE (larger than Jupiter) Sphere draining the Sun of ‘Something’ be a clear indication as to what ‘they’ could possibly be doing next to the Star that we depend so very much on!?

Could THIS be what they are up to: