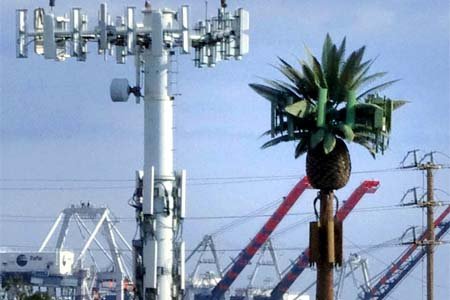 President Obama has told the nation and the world that America does not torture. President Obama is wrong — and security/military/intel officials in his administration know it. America tortures. Not just Gitmo and Bagram “war on terror” detainees, but its own citizens.

Each day, a nationwide scalar electromagnetic radiation “multifunctional” radio frequency directed energy weapon attack system employing phased array cell tower antenna transmitter/receivers and GPS satellites, under the administration of U.S. Cyber Command and military contractor Lockheed Martin, is used to silently and invisibly torture, impair, subjugate, and degrade the physical and neurological health of untold thousands of American citizens who have been extrajudicially “targeted” by a hate- and ideology-driven domestic “disposition matrix” as “dissidents” or “undesirables.”

Most of these “targeted individuals” have no idea what is making them sick, tired, exhausted, irritable, confused, lethargic; plagued with painful, debilitating head and body aches; sharp, piercing, painful ringing tones audible only to the target; temporary or permanent cognitive impairment; induction of stroke, heart attack, aneurysm; or diseases such as cancer …

… leaving them unable to function normally and lead a happy, healthy life.

The weapon system also is capable of lethal attack — both “slow-kill” and “fast-kill.”

Victims of this government-engineered, stealth genocide are robbed of the most basic of human rights — free will, freedom from external manipulation of their physiological and neurological functions.

The weapon system is capable of delivering speed-of-light scalar (longitudinal) electromagnetic wave attacks (as well as other types of radio frequency energy such as microwaves) that are precision tuned to specific brainwave frequencies of each human target. Virtually all of the victims previously have visited a doctor or neurologist seeking treatment for pounding headache, unexplained fatigue, sleep problems, or disturbing symptoms such as cognitive impairment. Those medical visits allow shadow government operatives to harvest medical records, including EEG test results that facilitate “brain mapping” — how radio frequency weapon torturers are able to mount radio frequency attacks fine-tuned to each unique individual targeted for no-touch torture, impairment, even “slow-kill” or “fast-kill” homicide.The scalar waves produced by the radio frequency directed energy weapon (RFDE) are capable of carrying multiple subcarrier radio frequencies that affect human physiology, at variable power levels (or “amplitude”). In effect, the RFDE arms security forces with a “God machine” that can manipulate, disrupt, or destroy the biological processes that govern the functioning of human beings. Scientists describe this effect as “neuromodulation” of the human nervous system — the remote manipulation of physiological and neurological processes, including alteration of consciousness and mood states.   Electromagnetic weapon attack precision-tuned to the brain frequencies of unique individuals can put unknowing victims into an induced state of forced fatigue, involuntary yawning, deep sleep — or, conversely, forced wakefulness — within a matter of minutes, according to victim accounts and supporting published literature.

Pulsed electromagnetic wave manipulation of brain-controlled physiological functioning has been demonstrated in the Arizona State University laboratory of neuroscientist Dr. William J. Tyler, whose work has been funded by the U.S. Army Research Laboratory, according to published articles.  Tyler describes the process as radio frequency “neuromodulation.”  In his writings, Dr. Tyler discusses the use of phased array electromagnetic antennae to precision-target the desired radio frequency neuromodulation effects on human physiology:
http://www.scribd.com/doc/37364132/Remote-Control-of-Brain-Activity-Using-Ultrasound-Armed-With-Science
A recent Popular Science article cites a quotation from Tyler published on the Department of Defense “Armed with Science” blog:
“…(M)y laboratory has engineered a novel technology which implements transcranial pulsed ultrasound to remotely and directly stimulate brain circuits without requiring surgery.”

A “Nano-Robot” Built Entirely from DNA to Explore Cell Processes