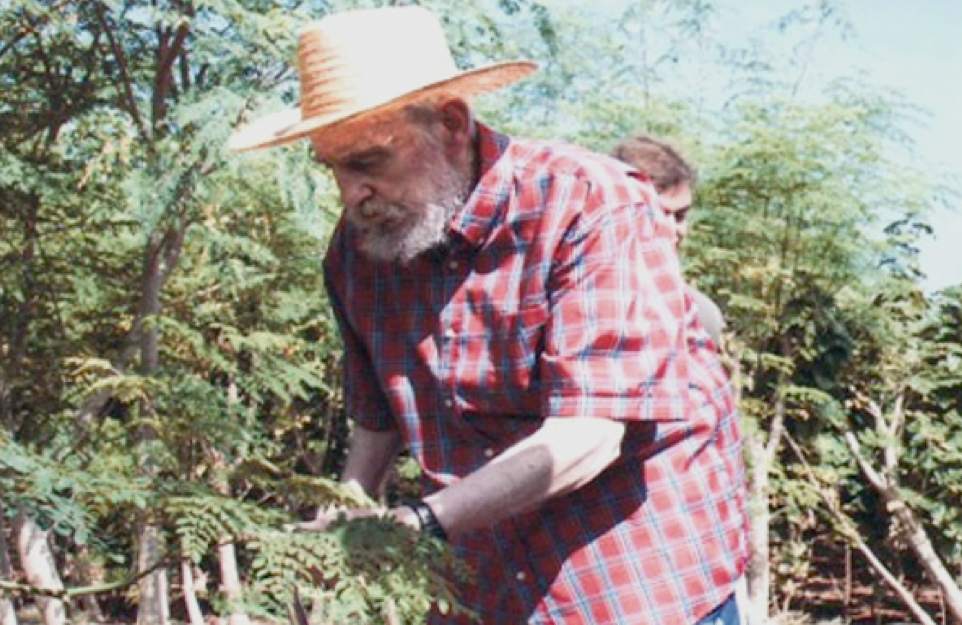 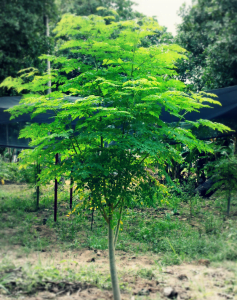 Moringa Oleifera has an impressive range of medicinal uses with high nutritional value and medicinal benefits. Different parts of Moringa contain a profile of important minerals and are a good source of protein, vitamins, beta-carotene, amino acids and various phenolics. Moringa provides a rich and rare combination of zeatin, quercetin, beta-sitosterol, caffeoylquinic acid and kaempferol.

Moringa can act as cardiac and circulatory stimulants, possess antitumor, antipyretic, antiepileptic, anti-inflammatory, antiulcer, antispasmodic, diuretic, antihypertensive, cholesterol lowering, antioxidant, antidiabetic, hepatoprotective, antibacterial and antifungal activities, and are being employed for the treatment of different ailments in the indigenous system of medicine.

Traditional cultures in various parts of the world have long used Moringa in their herbal medicine repertoire for ailments ranging from gout to various inflammations and fevers. Some of the remedies are described here but there is no guarantee they will work for every case! 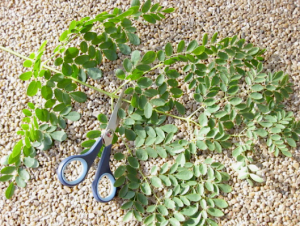 • Leaves rubbed against the temple can relieve headaches.

• To stop bleeding from a shallow cut, apply a poultice of fresh leaves.

• There is an anti-bacterial and anti-inflammatory effect when applied to wounds or insect bites.

• Extracts can be used against bacterial or fungal skin complaints.

• Eating Moringa food products is good for those suffering from malnutrition due to the high protein and fiber content.

* The iron content of the leaves is high, and they are reportedly prescribed for anemia in the Philippines.

* The powder ground from the seeds is also used in the treatment of scurvy skin diseases (common bacterial infections of the skin). 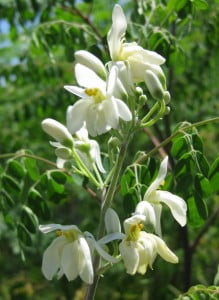 • Flower juice improves the quality and flow of mothers’ milk when breast feeding.

• Flower juice is useful for urinary problems as it encourages urination.

* In Haiti, villagers boil Moringa flowers in water and drink the tea as a powerful cold remedy. 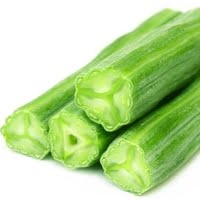 • If eaten raw, pods act as a de-wormer and treat liver and spleen problems and pains of the joints.

• Due to high protein and fiber content they can play a useful part in treating malnutrition and diarrhea.

• Used for their antibiotic and anti-inflammatory properties to treat arthritis, rheumatism, gout, cramp, sexually transmitted diseases and boils. The seeds are roasted, pounded, mixed with coconut oil and applied to the problem area. Seed oil can be used for the same ailments.

• They can also be used as a relaxant for epilepsy.

Moringa seeds are effective against skin-infecting bacteria Staphylococcus aurous and Pseudomonas aeruginosa. They contain the potent antibiotic and fungicide terygospermin.

• The roots and the bark have all of the properties described above but are more concentrated. Therefore much more care should be taken if using them as medicines.

* The roots and bark are used for cardiac and circulatory problems, as a tonic and for inflammation. The bark is an appetizer and digestive.

* In Senegal and India, roots are pounded and mixed with salt to make a poultice for treating rheumatism and articulars pains. In Senegal, this poultice is also used to relieve lower back or kidney pain

* The alkaloid spirachin (a nerve paralysant) has been found in the roots.

* The gum is diuretic, astringent and abortifacient and is used against asthma.

* Oil of Ben is used for hysteria, scurvy, prostate problems and bladder troubles.

* Villagers in Oman use Moringa oil to treat stomach disorders. They also use it in perfume and hair oil.

Uses every part of the Moringa Tree and considers it one of the most valuable and useful plants. The ayurvedic medicine of India has many uses for Moringa Tree products, such as a natural antibiotic, an aid in childbirth, for treating liver disorders, and many other uses.

In Siddha medicine says that the leaves are full of medicinal properties. The drumstick seeds are used as a sexual virility drug for treating erectile dysfunction in men and also in women for prolonging sexual activity.

A plant with multiple medicinal uses and benefits

Medicinal Properties of Moringa Oleifera: Study on the Promising Healer 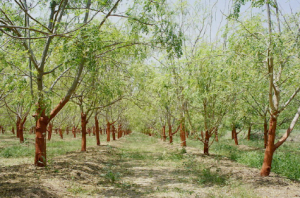 Moringa Oleifera is a small size tree with approximately 5 to 10 m height. It is cultivated all over the world due to its multiple utilities. Every part of Moringa is used for certain nutritional and/or medicinal propose. Besides being a good source of protein, vitamins, oils, fatty acids, micro-macro minerals elements and various phenolics, it is also reported as anti-inflammatory, antimicrobial, antioxidant, anticancer, cardiovascular, hepatoprotective, anti-ulcer, diuretic, antiurolithiatic, and antihelmintic. Its multiple pharmaceutical effects are capitalized as therapeutic remedy for various diseases in traditional medicinal system. Further research on this charismatic healer may lead to the development of novel agents for various diseases. This study provides a brief overview about medicinal potential of Moringa and its future as a component of modern medicinal system. This study concludes that Moringa needs legitimate appraisal to establish its pharmaceutical knack in modern medicine.

Moringa has enormous medicinal potential, which has long been recognized in the Ayurvedic and Unani system (Mughal et al., 1999). Nearly every part of this plant, including root, bark, gum, leaf, fruit (pods), flowers, seed, and seed oil have been used for various ailments in the indigenous medicine (Odebiyi and Sofowora, 1999), but recent research is also indicating about several active constituents for accepting its applicability in modern medicine. Few representatives of these are discussed in this article. 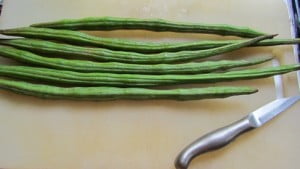 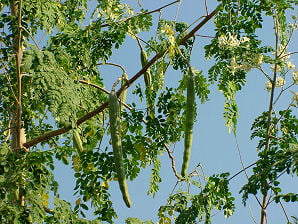 It has been reported a long time ago that Moringa plant alkaloid closely resembles ephedrine in action and can be used for the treatment of asthma. Alkaloid moringine relaxes bronchioles (Kirtikar and Basu, 1975). The seed kernels of Moringa also showed promising effect in the treatment of bronchial asthma, during a study to analyze efficacy and safety of seed kernels for the management of asthmatic patients. The study showed significant decrease in the severity of asthma symptoms and also concurrent respiratory functions improvement (Agrawal and Mehta, 2008).

As a result of anti-inflammatory action of Moringa bioactive constituents, the antipyretic activity can be hypothesized. A study was designed to assess antipyretic effect of ethanol, petroleum ether, solvent ether and ethyl acetate extracts of Moringa seeds using yeast induced hyperpyrexia method. Paracetamol was used as control during the study. Not surprisingly, ethanol and ethyl acetate extracts of seeds showed significant antipyretic activity in rats (Hukkeri et al., 2006).

Several medicinal plants have been evaluated for their potential as therapeutic agent for diabetes. Moringa is also an important component in this category. Moringa leaves significantly decrease blood glucose concentration in Wistar rats and Goto-Kakizaki (GK) rats, modeled type 2 diabetes (Ndong et al., 2007). Another study indicated that the extract from Moringa leaf is effective in lowering blood sugar levels within 3 h after ingestion (Mittal et al., 2007). As a mechanistic model for antidiabetic activity of Moringa, it has been indicated that dark chocolate polyphenols (Grassi et al., 2005) and other polyphenols (Al-Awwadi et al., 2004; Moharram et al., 2003) are responsible for hypoglycemic activity. Moringa leaves are potent source of polyphenols, including quercetin-3- glycoside, rutin, kaempferol glycosides, and other polyphenols (Ndong et al., 2007). Thus, potential anti- diabetic activity of Moringa can be commercialized through the development of suitable technology with achieving anti-diabetic activity up to conventional drugs.

Moringa is a rich source of antioxidant (Chumark et al., 2008). It has been reported that aqueous extracts of leaf, fruit and seed of Moringa act as an antioxidant (Singh et al., 2009). During a study reporting antioxidant property of freeze dried Moringa leaves from different extraction procedures, it was found that methanol and ethanol extracts of Indian origin Moringa have the highest antioxidant activity with 65.1 and 66.8%, respectively (Lalas and Tsaknis, 2002; Siddhuraju and Becker, 2003). It was also reported that the major bioactive compounds of phenolics, such as quercetin and kaempferol are responsible for antioxidant activity (Bajpai et al., 2005; Siddhuraju and Becker, 2003). During another study, quercetin and kaempferol have shown good antioxidant activity on hepatocyte growth factor (HGF) induced Met phosphorylation with IC 50 value for 12 and ~6 µM/L, respectively (Labbe et al., 2009). Another recent study comparing palm oil with Moringa seeds for their antioxidant potential found out that Moringa seed are superiors for radical scavenging (Ogbunugafor et al., 2011).

Moringa as Cardiac and Circulatory Stimulant

Vitamin A deficiency is a major cause of blindness, which ranges from impaired dark adaptation to night blindness. Consumption of Moringa leaves, and pods and leaf powder which contain high proportion of vitamin A can help to prevent night blindness and eye problems in children. Ingesting drumstick leaves with oils can improve vitamin A nutrition and can delay the development of cataract (Pullakhandam and Failla, 2007). In fact the use of Moringa as a supplementary food was highly accepted for integrated child development scheme supplementary food (ICDS-SFP) for its potential as vitamin A source (Nambiar et al., 2003).

Medicinal potential of Moringa is enormous and difficult to cover in a single article, despite this current article provided glimpses of Moringa applications for performing appraisal of this promising nutrition and medicinal plant. Although, many bioactive compounds have been discovered from Moringa, still the knowledge is in infancy, in term of its total reserve. Perhaps, future rigorous studies directed towards the detection, and commercialization of Moringa bioactive compounds can lead to the development of remedies for several ailments. Thus, it can also prove the validity of traditional utility of Moringa in various folklores.

Source of this article: A study from: