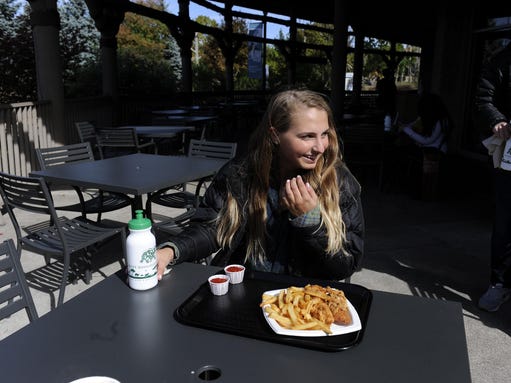 What a concept – offer purified water and cut down on plastics.  Brilliant. 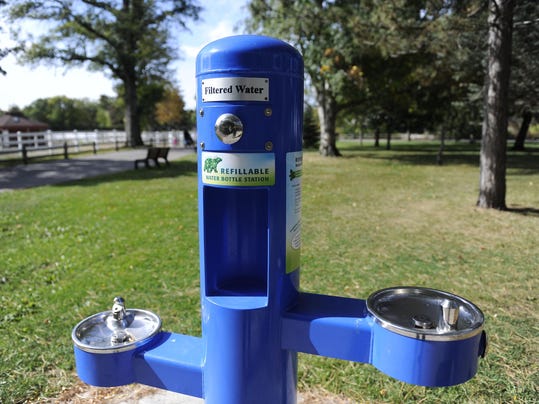 Royal Oak — Visitors to the Detroit Zoo have one less option if they get thirsty walking the grounds.

The zoo no longer sells bottled water, part of a multi-year effort to make changes that are environmentally friendly.

It’s an effort other zoos are watching closely, said Rob Vernon, spokesman for the Association of Zoos and Aquariums. He said he believes Detroit is the first zoo in the nation to stop selling water in plastic bottles.

Instead of 20-ounce Aquafina bottles the zoo sold for $3.99, visitors will have to bring their own containers and can fill them up at filtered water stations. Or they can buy reusable green-and-white bottles with the zoo logo at $2.59 each.

The switch has had an effect on the zoo’s bottom line. The sale of Aquafina bottled waters brought in about $250,000 a year, which breaks down to 62,500 water bottles.

So far, only about 15,000 of the reusable water bottles have been sold in the two years since the phase-out of bottled water began. Their lower price point is designed to entice buyers.

But the switch was never about money, said Patricia Janeway, director of communications for the Detroit Zoological Society, which runs the zoo. It was about the environment. Taking 60,000-plus water bottles — many that would be thrown away, rather than recycled, and some that would end up as litter — out of circulation each year is a matter of the zoo being a good citizen.

Water bottles were phased out on Sept. 18, a year ahead of schedule.

Despite signs and the 20 refill stations, visitors were unaware the zoo had stopped selling bottled water or had been working on the phase-out.

Virginia Parker recently refilled a collectible bottle with water. She had already refilled a water bottle she brought from home, and expressed dismay that people don’t do the same.

Plastic bottles are everywhere, especially downtown Detroit where she works, Parker said. “Nobody recycles them, they just throw them out. I don’t like that.”

Part of the zoo’s logic in moving beyond bottled water is that an estimated 80 percent of the bottles it sold are thrown out, zoo officials said.

That doesn’t mean patrons didn’t recycle. A number of visitors reused the collectible pop bottles the zoo sells for $5.99, rinsing the bottle out and refilling it with water once their pop ran out. Others bought and used the green-and-white water bottles. Still others came in with their own plastic bottles and refilled them during their trip.

Joni Roberts didn’t need a buy a bottle during a recent visit to the zoo. She brought her own. There was still an ice chunk left in it when she topped it off at one of the zoo’s refill stations.

“I think it’s great” that the zoo is phasing out bottled water, Roberts said when informed of the plan. “The refill station is a great idea.”

Kelly Blake never bought the 20-ounce water bottles when the zoo sold them, but was using one of the refillable collectible cups to stay hydrated.

She hadn’t heard that the zoo was no longer selling the bottles of water. Blake visits the zoo about once per year. While she doesn’t see herself bringing the collectible cup back, she said she will likely reuse it at home.

The Detroit Zoo isn’t anti-plastic, Janeway said. Plastic pop bottles are still sold in vending machines, and pop, Gatorade, chocolate milk and other refreshments are sold at the zoo’s Arctic Cafe. Janeway said there is no plan to phase them out.

“Because bottled water was the most-purchased product at the Detroit Zoo, we felt that removing it from our shelves would have the greatest impact from an environmental perspective,” she said. “We can offer our guests abundant access to free filtered water through our 20 refill stations and concessions, so bottled water was the most practical item to focus on in order to create awareness and change.

“What separates bottled water from other bottled beverages is that water is easily accessible, and the environmental impact of this single-use plastic item is incredibly devastating to our land, lakes and rivers throughout its entire life cycle.”

The bottled water phase out is one plank of the zoo’s “greenprint” plan.

In addition to not selling bottled water, the zoo has installed several rain barrels, which it uses for landscape irrigation. A water recirculation program at the zoo reuses some 101/2 million gallons of water annually.