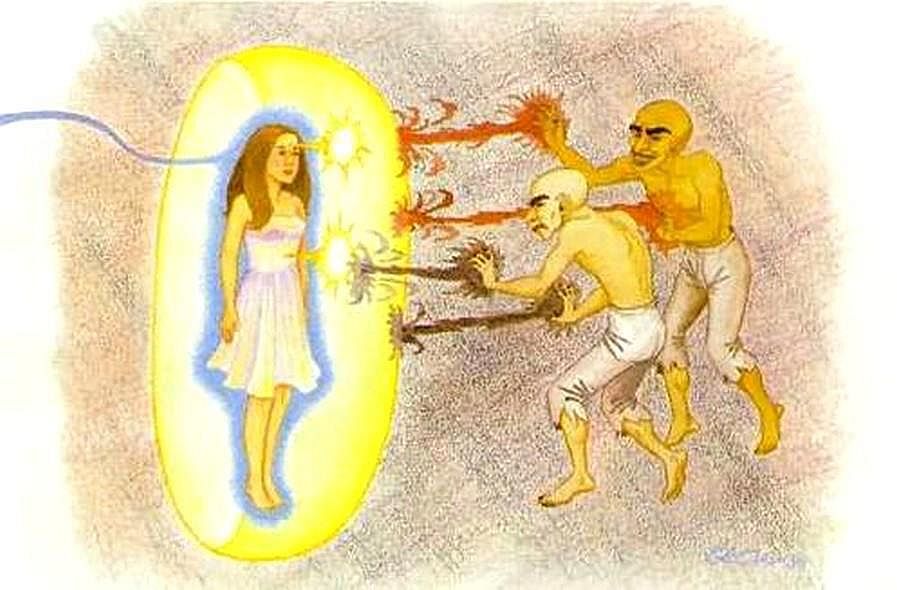 After the successful opening of the Portal on December 21st, the etheric Archon grid is the main factor delaying the Event. If the Event was triggered, the etheric Archons would influence everyone involved: the surface Light forces carrying out the Event, the general population as well as the Cabal and all this would turn the Event into a disaster.

Etheric Archon grid must be removed to a great extent for the Event to happen. For the Light forces to be more successful in removing the etheric Archon grid, more awareness of its existence is needed among the general population.

Etheric Archon grid is present in a thin layer that extends 8.6 miles upwards into the sky from the surface profile of our planet and also 8.6 miles downwards from the surface profile into the Earth’s crust. The backbone of the etheric Archon grid is a network of etheric hyperdimensional black hole wormholes which contain billions upon billions of reptilian and amoeba-like entities. When the Light from the Galactic central sun hits the wormholes, they cough up those entities who in turn begin to attack any Light beings they can find, those in incarnation and those on the non-physical planes. This is the reason of energy attacks that many lightworkers and light warriors are experiencing. The non-physical Light forces can remove the released negative entities after some time and teleport them into the Galactic central sun, but until then usually some damage is done already. Again, if more awareness is present about what is really going on, the Light forces will be more effective in protecting us and removing those negative entities. 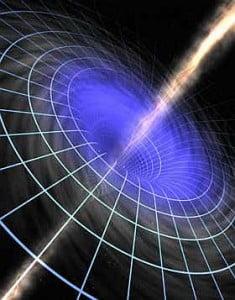 The etheric Archon grid is controlled by a very small group of etheric Archons who give their orders to millions of etheric Draconians (sector commanders), those to billions of reptilians (warriors) and those to amoebas (semi-conscious elemental beings that just obey orders without questioning).

The Archons control the grid with advanced etheric technology. The whole etheric plane within the 17.2 mile layer controlled by the Archons is permeated with strong electromagnetic field chambers that can distort space-time structure according to the program of the etheric mainframe computer program which directs the flow of etheric energies worldwide in a way that controls humanity the most. These chambers detect all positive thoughts and emotions and if these are too powerful, the chambers send a signal to the etheric mainframe computer which then tightens the grid of distorted electromagnetic field around the person experiencing positivity, effectively shutting it down. If this is not enough, it activates additional ELF chambers with a low frequency infrasound hum that suppresses the person, with additional electric pulses sent into the solar plexus chakra to shortcircuit the kundalini energy, shutting it down. This is sometimes combined with strong electromagnetic fields around the third eye chakra, disorienting the mind and making the person sleepy or almost drugged. Along with that, strong negative thoughtforms are projected, constantly bombarding the mind of the person. 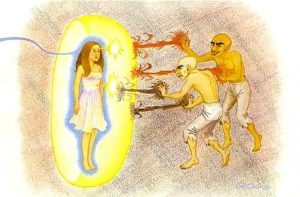 Apart from all that, every person in incarnation has an energy amoeba parasite attached to the solar plexus area, which tries to control the emotional life of that person. It also connects with amoeba parasites in other persons, orchestrating conflicts.

Etheric Archons are very allergic to a few things. First to the energy of Love, especially to Love between a man and a woman. When they see a happy couple, they want to destroy the Love between them, because that Love gives the power to the non-physical Light forces to remove the etheric Archons and their minions.

Third, they are allergic to energies of positive ET civilizations and energies of the Ascended Masters. They try to suppress, distort and manipulate these energies whenever possible.

Etheric Archon grid is present around this planet for the last 26,000 years and was greatly reinforced during Congo Archon invasion in 1996 when it was strengthened by many reptilian entities from our Galaxy and from the Andromeda galaxy as well. In late 1995, Archons became afraid that the Galactic Confederation will make real contact with the surface population of this planet and they reinforced the grid to prevent that. Most of those reinforcements have already been cleared away into the Galactic central sun and there are special plans created by the Light forces that I am not yet allowed to speak about, for those reptilians remaining.

I am not describing all this to frighten you, but to bring awareness into a situation that is happening to many people right now so that we can transform it.

I have recieved instructions to create something called the Etheric Liberation. It will be a facebook group where members will report Archons’ influence and energy attacks upon them and other members of the group will send them healing and support. This is how we will maintain the awareness of the situation. Hereby I am asking the right person to step forward to create and moderate the Etheric Liberation facebook group and I will give him/her further instructions.

Apart from that, I am also asking people with advanced expertise in healing of post-traumatic stress, in soul retrieval, in energy protection and in exorcism (negative entity removal) to contact me at [email protected], detailing their area and level of expertise. We are creating a core group team to finaly start dealing with the situation.

The Pleiadians have asked me not to release the Ascension plan until the etheric Archon situation is properly adressed. I apologize for the inconvenience.

Anyway, Victory of the Light!