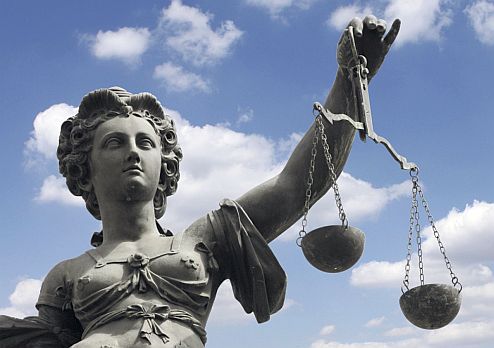 Original article from Cobra’s blog: “Removing the Cabal”, published on May 2, 2012.

The Cabal has done so much damage to the society that it has to be stopped immediately. Arrests of the Cabal are the only course of action left. There are some New Age people against that procedure, saying violence only provokes more violence. They need to understand that this action is not promoting violence, but protection of innocent people from the sociopaths of the Cabal. Each day this does not happen, 25,000 people die of hunger because of the actions of that Cabal. Therefore action will be taken as soon as everything is ready and it will remove the Cabal from the society.

After the Event, members of the Cabal will be taken to prisons with zero contact with the outer world whatsoever and will be isolated from each other.

Adjudication process will then start and this will involve humanity as a whole. It will be a mass catharsis and dramatic healing for humanity to see those criminals finally being held accountable for their actions. Humanity as a whole will decide what will happen to those individuals so that new balance is reached.

Amnesty will be granted to some of them. This pertains mostly to those that were born into the Illuminati and basically had no choice but to go along with the program or risk being killed. There are many good souls in there that want to get out. A few of them have already done that and are now fighting for the Light. Many will defect just before the arrests get started. Many of the younger generations Illuminati do not agree with the program and some have been secretly helping the Light forces to take down the Cabal. After the Event, psychological help will be offered to them and they will be able to be integrated into the society.

For many members of the Cabal, amnesty will not be granted. They will have to balance their past actions. Those who are unable or unwilling to do that will be removed from the planet.

This must be a lawful process during which humanity as a whole will adjudicate. No private witch hunts will be allowed as this deprives others of the catharsis and balancing process. This will not be done out of revenge but to restore balance. Revenge is a trap and it does not solve anything. Just remember what happened in French revolution. After the Event, private acts of violence against members of the former Cabal will not be tolerated and will be treated as crime under common law.

Most members of the Cabal are sociopaths – in short they are not capable of positive emotions that make us human. You can read a quite good summary of what sociopaths are and how they behave:

Some of them will be able to accept the Light and balance the consequences of their past actions. First they will be taken to virtual reality simulation chambers to understand how their victims felt and then they will do whatever they can to rectify the situation. After that they will be integrated into the Galactic society.

Others will be unable or unwilling to accept the Light and will not balance the consequences of their past actions. They are unredeemable and will be taken to the Galactic Central Sun for restructuring.

Their personalities and soul essences will be destroyed with the Electric Fire into the basic elemental essence. Electric fire of the Central Sun will disintegrate their Causal body (vehicle of the soul). Individualized spark of the soul will be then dissolved, with all memories and individual traits erased. It will return into the Source and will have to start a new cycle of evolution from the beginning.

This process will be completed before the First Contact. After First Contact with the Galactic Confederation on Earth, no dark individual will exist anywhere in the universe.