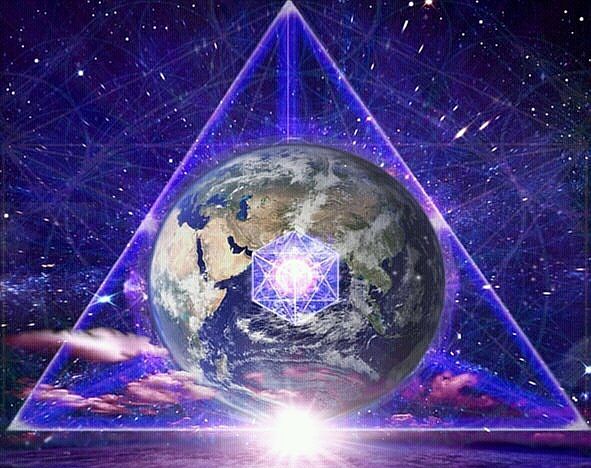 Original article from Cobra’s blog: “The Masterplan”, published on October 12, 2012.

Experience especially in the last few months shows that human nature is very susceptible to Archons’ physical and non-physical influence.

Archons succeeded in fragmenting the liberation movement. Surface positive groups were infiltrated and corrupted, those that remained pure were ridiculed and attacked. Any ideas from you about how to reduce the fragmentation of positive groups and achieve more unity among them before the Event would be most welcome.

Also, there were many supposedly positive individuals and groups fighting for their control over the collateral accounts. It appeared that greed took over the motivation to bring that money back to humanity.

I have received intel from a very credible source that Keenan is not the trustee for the collateral accounts. The real trustee’s identity must remain hidden for now so that he can work for the benefit of humanity uninterrupted. There are a few positive groups working for the same goal of returning the funds back to humanity but you will not find intel about them anywhere on the net. They will not announce anything. When they are successful, things will just start happening.

All above mentioned factors were the cause of delays that frustrated many. Therefore the original Plan was expanded and will be presented here.

This is a crucial step and must happen before the Event. Otherwise the Archons and their reptilian minions would exert pressure on the psychological weak spots of humanity and this could easily lead to widespread wars and violence. Human masses are very open to regressing to violence under stress combined with Archon physical and non-physical influence, as experience with Nazi Germany and Rwanda genocide clearly shows. Under Archon influence, humans are also quick to accuse and attack and this could easily lead to witch hunts and mobs lynching people that are not to their liking. Anybody could be attacked and labeled as »cabal collaborator« or anything similar. Such things need to be prevented and therefore the Event will NOT happen before the non-physical planes are taken care of.

The second part of the Masterplan pertains to the physical part of the Event itself. Since most surface positive groups are now fragmented, they will not take part in the Event as groups. The Pleiadians and the Resistance Movement as two main non-surface positive groups will implement what is called Fluid Group Masterplan Management. First, impulse will come from the Source that the time is right for the Event to start. The Pleiadians and other positive ET races have complete overview of every human being, their thoughts and motivations and they will easily determine who can be a part of the initial fluid physical group that will trigger the Event. They will forward that intel to the Resistance Movement.

Resistance’s surface operatives will then contact key people of that fluid surface group. Some of those key people are in positions inside Russian, Chinese and US military. Those key people will be contacted in person or over the phone and will be offered a simple choice. They will be invited to be part of the Event operations. They will either accept or decline according to their free will decision. They will be given a few minutes to make that choice. If they accept, they will receive further instructions who to contact and what to do. If they decline, they will not be contacted anymore. Those people that will be then contacted directly from the key group will make their own decisions and so the fluid group will spring into action. This whole process will be very fast and it will be a surprise for the Cabal. There will most likely be no advance »Green Light« notifications over the internet because the surprise element would then be lost.

As the Event operations will progress, the Pleiadians and other ET races will have complete overview over strengths and weaknesses of every human being that will be part of the operations. According to this, they will give constant real time intel updates to the Resistance about how to shift the roles and positions of people in the fluid group. People making crucial mistakes will have to leave the group and will lose access to operations intel and other people will be accepted. Thus this fluid group will be protected from Cabal infiltration and also from negative aspects of human nature. Resistance operatives will not be directly involved in operations themselves but will only assist with intel and instructions. This whole operation needs to be coordinated by beings wiser than surface humanity to be successful.

After the Event, human masses will receive psychological help and spiritual healing to be disinfected from Archon virus. Archon virus was maintained among human masses by passing the trauma-induced mind control from generation to generation. When this will be removed, human beings will discover that violence is ugly, does NOT solve anything and is not inherently part of the human nature.

One of the key factors that was maintaining control of the dark forces was that people were taught not to support each other. One of the first lessons humanity needs to learn is the lesson of support. People will start utilizing their free will and will choose love. They will receive massive assistance from the Light forces to learn again how to love each other.

No revenge against the Cabal will be tolerated. Every member of the former Cabal will have the right to fair trial and those willing to confess and cooperate might be able to integrate into the society. The Event is not about revenge, it is about stopping ALL violence on this planet by removing the Cabal from power.

Because of all human factor induced delays, only the first part of Plan 2012 (the Event) may happen in 2012. The rest of the plan (Restructuring and First Contact) will happen later.