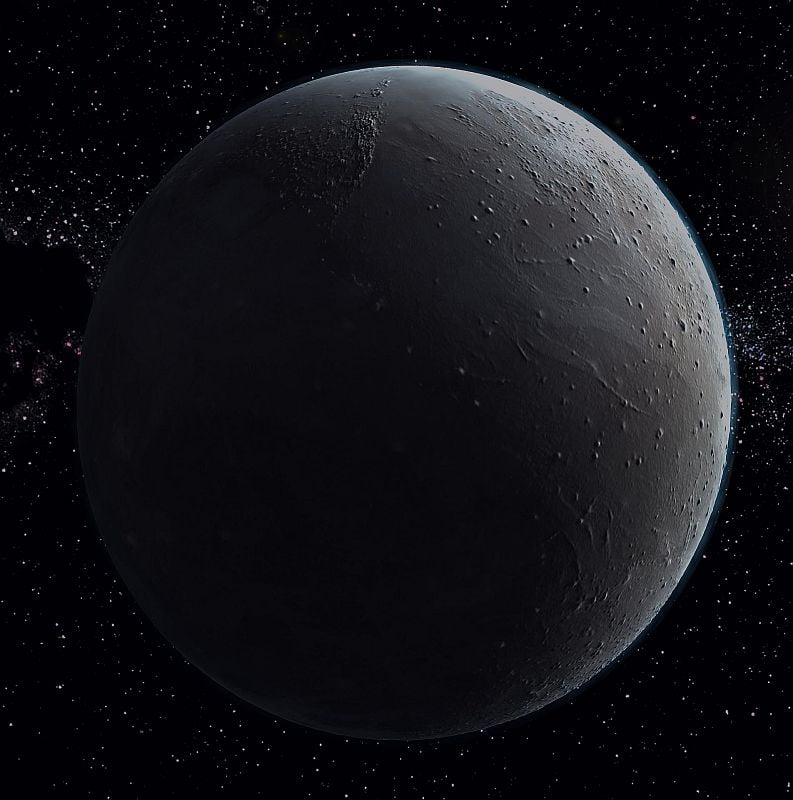 In 1975, a certain intelligence agent under codename Michael was running for his life from Illuminati that were chasing him. He gathered around him a group of 12 operatives in order to protect himself. While on the run and in hiding, they discovered a maze of tunnels below the New York underground subway system. They entered the tunnels, disappeared from the surface and regrouped down there. So the Organization was born, having its main command center under the subway system of New York. Through the vast spy network that Michael still had on the surface, they have contacted many operatives that fought against the Illuminati and many of them went underground and joined the Organization.

Their main objective was to overthrow the rule of the Illuminati and give advanced technologies to humanity. Personal computers that we know now were developed with assistance of Organization and I have personally seen a room full with rows of computers as they were being developed in their main underground command center back in 1977. The Organization had contact with the positive civilization of Agartha that existed in subterannean caverns for millennia. They had contact with positive Andromedans already in 1977 if not before, as I have seen a sleek silver Andromedan cigar shaped craft in their underground hangar as well.

In early 1990s, they had some influence in assuring that internet expanded from military ARPANET into public domain.

In the hour of need, a plan was devised to counteract this. In early December 1999, Pleiadians have contacted the Resistance Movement on planet X and ignited a massive uprising against Illuminati there. The Illuminati were overthrown in about three weeks and they had to flee to their bases on Mars and the Moon. At that time, many Resistance Movement freedom fighters have entered the underground tunnel systems on Earth to join the Organization in their fight. The two forces integrated and emerged as one and are now called Resistance Movement.

Their increased joint force has turned the course of events and now the dark forces were in retreat. In 2000 and 2001 the Illuminati has lost their bases on Mars and the Moon and elsewhere in the solar system. With the assistance of the Pleiadians and other Galactic Confederation forces all remaining Reptilian, Draconian and Reticulan forces were cleared out of the solar system also in the same time frame. This set the dark ones into panic mode and they have staged 9-11 to preserve their last stronghold – planet Earth.

Planet X is a planet in the outskirts of our solar system. Its surface is not suitable for physical life, but underground there is a vast system of tunnels and bases that was under Illuminati control until 1999 and is in the hands of the Light forces thereon.

In 2002, the Pleiadians have given me exact data about characteristics and orbital elements of that planet. It has a rock interior and surface covered with frozen methane ice, which gives it a bluish hue. Its diameter is 9400 miles and its mass is 0.76 Earth masses. Semimajor axis of the orbit is 70 AU, and the inclination is 40 degrees. 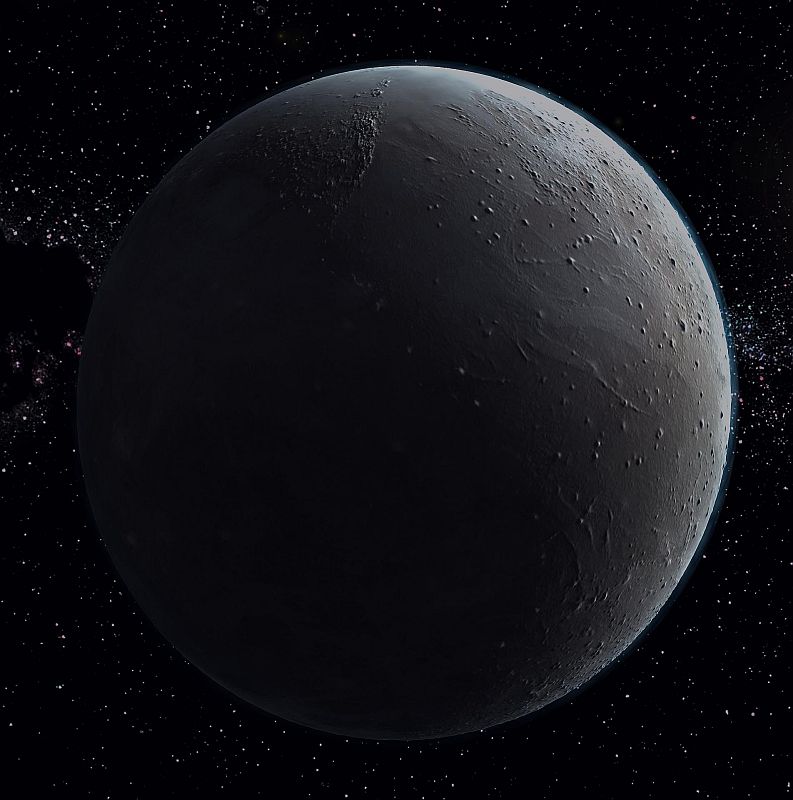 Imagine my delight and surprise when I found an article by Japanese astronomer Patryk Lykawka, who stated in 2008 that »hypothetical« planet X should be composed of rock and ice, its diameter would be between 6200 and 9300 miles and its mass between 0.3 and 0.7 Earth masses. Semimajor axis of the orbit should be between 100 and 170 AU and inclination up to 40 degrees:

The main reason why the astronomers have officially not yet discovered this planet is that they are »told« by the Cabal not to report about it. Also, they are mainly looking for new planets near the ecliptic, but because of its highly inclined orbit this is not where planet X is to be found. Since it is a pretty big object, it would be fairly easy to see it even in larger amateur telescopes if you knew where to look. And oh by the way, it is NOT Nibiru and is NOT going to crash on Earth.

9-11 had not turned out as the Cabal had planned. Instead it served as an awakening trigger that helped many humans realize what is really going on beyond the propaganda of the mass media.

This new awareness has made it easier for the Resistance Movement to improve their plan of overthrow of the Illuminati on planet Earth.

Until 2003, they have managed to clear all the deep underground military bases and only the uppermost portions of those bases remained.

Since then, the Resistance Movement has infiltrated around 300 of its operatives inside Illuminati network, mostly in top positions in the military and intelligence agencies. Those operatives are undetectable and Illuminati have no idea who or where they are.

In January and early February of this year of 2012, the Resistance Movement has seized most of the gold that was in Illuminati hands. So if you are asking yourself where the Yamashita gold is, now you know the answer. It is not in Mariana trench, it is not in Fort Knox, it is not in cellars of private Rothschild villas and chateaux, it is not in vaults under Kloten airport, it is not in safes of UBS in Zurich, it is not scattered in safes of small banks around the world under Jesuit control. It is in underground chambers of the Resistance Movement, and after the Event it will be returned to humanity and it will serve as a reserve for a new currency which will mean abundance for everyone.

The idea to devise a plan to overthrow the Illuminati network was there ever since the formation of Organization in 1975. In 1977 I spoke with the man who conceived that plan. The document that Drake saw around 1979 was probably an early version of that plan. The early idea was for the military to take over and overthrow the Illuminati under the guidance of the Organization and later the Resistance Movement.

Because of the awakening that happened after 9-11, the original plan has been revised. Now, nobody is taking over the planet. The Resistance Movement will back up the military mainly only with intelligence data about Illuminati and some logistic advice, but will mostly stay behind the scenes. The military will back up civilian authority (federal marshals in the US and Interpol worldwide), which will back up local law enforcement to arrest the members of the Cabal.

The Resistance movement has experience with overthrowing the Cabal and liberating planets, since they did this on planet X in 1999. They have constant physical (not telepathic) contact with the Pleiadians and other positive ET races within the Confederation, which give them daily intel about every Cabal member, where they are, what they do, even what they think. The Illuminati now have nowhere to hide.

No human authority will decide when this is about to happen. The final word when the Event is to happen is coming directly from the Source. This is an event of cosmic importance. The last planet under the grip of the dark forces is about to be liberated and this is going to send ripples of Light throughout the Galaxy.

Just before the Event, the Source will send a pulse of Light through the Galactic Confederation and the Pleiadians will instruct the Resistance Movement to use its 300 operatives on the surface of the planet to contact the key people inside the military and law enforcement and then the operation will start.

After the operation is successfully completed, there might be people that would like to take advantage of the situation by setting their own governments, confiscating funds… Because the Cabal will be taken care of this does not mean that human greed and lust for power will be exterminated. They are simply part of the character for a certain percentage of unenlightened human population. Rest assured that the Resistance Movement knows who those people are, their actions are being monitored and they will not be allowed to take advantage of the situation.

Until a certain degree of awareness on the planet is reached, the Resistance Movement will be working behind the scenes for the benefit of humanity. At a certain point, most likely not long before the First Contact with the positive extraterrestrials, they will make themselves public.

They have created a fund of 120 trillion dollars, which will be given to humanity along with other prosperity packages. They are in possession of very advanced technologies, mostly of extraterrestrial origin. They will provide some background assistance in putting forth 6000 inventions that were developed by geniuses around the world and then suppressed by the Cabal. After that, they will introduce some of their own technologies that are even more advanced.