Do you truly understand this? Do you understand that your effort in taking part in this meditation actually moves The Event closer to us in time? “The power of a unified field of manifestation is the strongest or one of the strongest forces in this universe”. **

Especially for our new readers I am going to give a very brief history over certain positive developments on our journey towards Victory of the Light from the past couple of years. I am doing this to show you the deep cooperation and love that exists between us humans and the Light Forces in the Resistance Movement working below surface along with our Galactic Family present on the millions of Confederation lightships that surround this planet and our solar system right now.

On May 25th 2013 Lightworkers joined forces all over Gaia for the meditation for the Opening of the Portal. Then we received the most wonderful news ever namely that we have now got a……..direct link on the surface of this planet to the Galactic Central Sun – to Source – to Mother/Father One.

Every window of opportunity, every portal is a quantum leap bringing us closer to the Event horizon. With each portal opened, more energy is generated and at a certain point, enough energy will trigger the breakthrough.
The Event will send strong ripples of Light throughout the spacetime, forwards and even backwards in time. This is why some of you have already received dreams, impressions and visions of The Event.

***November 25, 2013 “There is a significant number of agents of the Resistance on the surface of the planet now, doing »various things«.”

“Since 1999, the Ascended Masters, the Galactic Confederation and the Resistance Movement are actively removing layers upon layers of exotic etheric technologies from quarantine Earth. Each time one layer is removed, the Ascended Masters receive intel about the next layer from the Source. Then Confederation and Resistance personnel removes that next etheric layer. This process was ongoing in the same way until a few weeks ago when a drastic breakthrough was made.

The Ascended Masters have then received intel from the Source about ALL remaining etheric dark forces and their technologies. This has effectively dissolved the basic foundation of the reality system of duality and removed the foundation of power of the top Archons on this planet. The insane reality of dark opposing the Light will soon collapse and then only Light will remain and all suffering will be gone forever.”
“ As of March 8th, 2014……On the physical plane, everything is ready for the Event. There is also a vast fleet of Confederation ships surrounding the Earth. There are about 5 billion cloaked physical ships positioned in the LEO region:
http://en.wikipedia.org/wiki/Low_Earth_orbit
In addition to that, there are about 120 million cloaked physical Confederation ships in the region between the Karman line
http://en.wikipedia.org/wiki/K%C3%A1rm%C3%A1n_line

“Very recently, the ships of the Galactic Confederation have assumed their final position inside the Low Earth orbit (LEO) for the final defeat of the Chimera group.
Their first operation will annihilate all plasma scalar weapons, belonging to the Chimera group and to other negative forces within the military-industrial complex.”

During this activation, something significant has happened that has never occurred in the last 25,000 years. A critical mass of 144,000 people from the Resistance Movement and the Agartha Network have emerged from their underground realms briefly and did this activation on the surface exactly in the same way as we have been instructed….
At the activation, conversion protocols of the Resistance Movement and the Agartha Network have been synchronized. The extent of the primary anomaly has been greatly decreased. The Breakthrough phase has been initialized…..The Light forces have communicated that it is very important for everyone to start visualizing our lives after the Event as our visualization and intent speeds its manifestation. They have also communicated that it is time to start practicing unconditional forgiveness towards ourselves and others. There is no more time to dwell on the past, it is time to create the future and live in the Now……
The Goddess energy, pure unconditional feminine aspect, is returning to the physical plane of the planet as never before.”

***After the opening of the IS:IS Portal in December of 2014 we entered the breakthrough phase, and the Veil is slowly being dissolved and the quarantine slowly being lifted.

Regardless of all chaos, false flags and infighting between various Lightwarriors and Lightworkers, it is time to put things into perspective. We are entering the breakthrough phase and the Light is returning to planet Earth.
There are many signs in the skies that herald the return of Light.
This symbolically means that love and joy are transforming the duality consciousness and darkness which originated from the constellation of Orion. All darkness will be absorbed into the One.
Few days ago, an amazing phenomenon was visible in New Mexico:
This beautiful photo shows Parry arcs, a Sun pillar, a parhelion, a halo and additional four types of different arcs, all of them rare atmospheric optic phenomena on their own, all appearing at the same moment.

*** In Konstanz in February 2015 Cobra explained the following:

“During the Event an impulse from the Galactic Central Sun will be sent through the Spheric Motherships which are in the Oort Cloud. The Spheric Motherships transmit this impulse to the smaller ships inside of the Solar System which then transmit the energy into the planetary Network of Light, which is us. People who are sensitive to energies will experience very, VERY exciting energies. Very exciting ones. They and all others too will feel, that s o m e t h i n g is going on and they will search to find out what is happening. It will be very strong energies, quite exciting and extremely positive. There will be an intense experience, that there is something, that has happened, something new, never experienced before.
This impulse also serves to connect people, so they get informed about the Event and they get animated to communicate and meet with each other.” 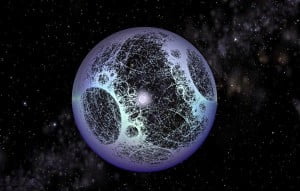 “After the successful opening of the IS:IS portal on December 15th last year, which has completed the triangulation of darkness for the Local cluster of galaxies, the Central Civilization has positioned larger spherical midway stations (some of them up to 30,000 miles in diameter) at the heliopause and repositioned many smaller, Moon sized ones inside the Solar System.

After the successful removal of all physical strangelet and toplet bombs in late January this year, an operation for the final liberation of our Solar System (codenamed MOSS) has been initialized.”
The general plan of the Light Forces to liberate our Solar System and rough outline of their fleet positions has been known for decades:
http://www.luisprada.com/Protected/Galactic_Federation_Fleets.htm

All ships of the Light forces inside of our Solar System are cloaked with a Tachyon membrane to avoid detection from the surface of the planet. Many of these ships follow similar orbit as main belt asteroids and Kuiper belt objects and most of their Tachyon membranes project the spectral signature of an ordinary chondrite (for asteroid belt ships) and the spectral signature of frozen methane (for Kuiper belt ships). Therefore surface astronomers mistake them for regular asteroids or Kuiper belt objects.
These ships are not ships as we understand them, they are multidimensional biosatellites, an organic interaction of consciousness and intelligent Light matter.
The smaller ships belong to the Ashtar Command, the Jupiter Command and Pleiadian, Sirian, Andromedan, Arcturian and Resistance fleets. The larger spheric biosatellites belong to the Central Civilization.
The Central Civilization is an ancient race, which evolved close to the Galactic Central Sun and is the first race in the Galaxy which reached spiritual maturity many millions of year ago. In some circles, this race is known as the Wingmakers:

Sometimes they have manifested throughout the human history as physical angelic beings with wings.
One of their representatives, Iona, brought Goddess mysteries to Earth in Atlantis:
http://2012portal.blogspot.com/2013/10/make-this-viral-aion-portal-activation.html

Millions of years ago, the Central Civilization began to build interdimensional doorways throughout the Galaxy and create the Galactic network of Light. As it did so, it encountered many races throughout the Galaxy, assisting them to achieve the same level of spiritual maturity. All those sovereign, spiritually mature races have created a confederate union which is called the Galactic Confederation……a loose, constructive confederate union of sovereign, mature races. You can read the distinction between a federation and confederation here:

WHY HAVE I PROVIDED THIS INFORMATION HERE?

We are divine sovereign beings. We are only just discovering the real truth of who we are and what we are capable of. However there is absolutely no way that we alone would have been able to reach liberation on this planet without the support of our beloved Galactic Family.

We have earlier had up to 70 million freedom fighters many of them from planet X below surface supporting our liberation. When the situation was at its very worst in the late 90’s the chances that we would have ever become free on this planet were extremely bleak. As many have returned home today we now have about 20 million below surface and many operatives have surfaced and walk among us. The people from planet X are so similar in appearance to us that no one would be able to distinguish that they have another origin than Earth. Thanks to the Galactic Confederation ships we are protected from the present extra intensive activity of the Galactic Central Sun. They also help to keep the magnetic pole shift activity in balance. They have earlier deactivated all nuclear bombs on Earth, hindered meteorites from colliding with Gaia, deactivated all physical strangelet bombs and are now in the final phase of dealing with the remaining exotic weapons and strangelet bombs on the plasmatic plane so that The Event can be manifested as soon as this danger is over. There is no way that we would have been able to do this work of deactivating strangelet bombs etc. without their assistance. 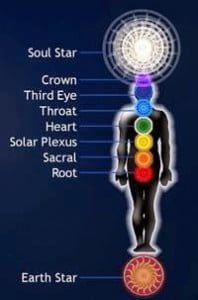 Tomorrow on November 21st we will unite star chakra to star chakra with Lightworkers all over Gaia and with the Agarthan civilisation and Resistance Movement freedom fighters below surface and with our Galactic Family members on the Confederation ships to visualise our liberation with the arrival of the day of The Event as soon as it is safe. Let us now clearly show our unified intention to Mother-Father One – to Source that we are ready to partake of this change now.

All the information that you need for The Event meditation is here and there are now videos available in 25-30 languages.

Rob interviewed Cobra on November 12th this month asked him at the close of the interview if he had anything special that he wanted to add and he said
“Yes. If this interview is released before Nov. 21st (2015) I would like to ask anybody who would like to participate to do so. We have the meditation for The Event and for people who are fed up with waiting there is something you can do. You can actually actively participate and if we reach a critical mass we can bring the event much closer because the power of a unified field of manifestation is the strongest or one of the strongest forces in this universe. But it’s up to you.”