Prepare For Change
Home Disclosure Dr. Steven Greer: We Own the Light of Disclosure 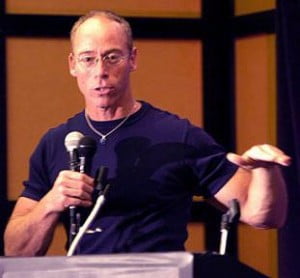 I don’t usually have time to watch videos any more, or listen to audiotapes, etc. So when a friend said I completely and absolutely needed to listen to Steven Greer’s four-hour presentation on how the secret government operates, I groaned.

But I stuck it through and oh my, I’m glad I did. Every individual should watch it, I think.

It’s four hours because Steven wanted to have, in one place, the complete story in case anything ever happened to him.

Let me give some of those individual details.

To begin with, Steven explains that the whole space effort is being run by “a hybridized entity. It’s part government – unacknowledged projects, deep black, transnational security state – and three-quarters corporate. The action is in the corporate sector.”  1:41:00.

“Keep in mind that Lockheed and Northrup have multiple generations since 1954 of what you would call a UFO, a manmade UFO.”  1:43:17.  One aerospace executive ended his briefing by saying, “We can take ET home. We already have the technology to take ET home.” 1:44:00.

The various UFO investigations were all pre-arranged whitewashes. Their conclusions were decided prior to their work. They all were there to prevent knowledge of extraterrestrials, not to inform anyone of anything.

Neurotransmitters have been being introduced into things like our food since the 1970s. No extraterrestrial needs to track people or do anything else using such devices. They are all higher dimensional and don’t need to rely on these things, Steven said. They’re all manmade.

What we call “little Greys,” Steven says, are manmade, bioengineered entities. “They have integrated circuits in their brains and they walk around and they are little Grey or reptilian or little creepy-looking things. These are manmade. One-hundred percent.”  01:45:23. Actors are also used on occasion, made up to look like Greys.

All the abductions have been done by terrestrial human beings.

President Ronald Reagan, President Mikhail Gorbachev, UN Sec-Gen Javier Perez de Cuellar, and Lichtenstein Crown Prince Hans-Adam II were going to disclose the extraterrestrial presence in Nov. 1989. Then Perez de Cuellar was abducted from a Manhattan motorcade, taken aboard a spacecraft and told by people he thought were ETs that everyone of the group would be assassinated if he gave the extraterrestrial presence away.

Perez de Cuellar was convinced that he was in the presence of extraterrestrials. However as Steve alleges, the whole scenario was military, an extra-Majic (Majic is supposed to be the highest authority on extraterrestrial matters; it isn’t) security operation. All plans for Disclosure were subsequently shelved. 02:36:00

CIA Director William Colby was assassinated because, acting as a lone wolf, he was going to give Steven $50 million and free-energy technology. He died a week before their meeting. As Steven said in another connection, “This is naked, raw power. That’s how it works.” 01:38:59

Walt Disney was a CIA asset. The little green Martian in Disney cartoons was a part of the CIA’s policy of ridiculing those who say they saw a UFO.

Ridicule, Steve said, which the CIA created as a psy-ops strategy in the early 1950s, has been “very effective, incredibly effective,” Steven says. We have only to check in with our own feelings about being ridiculed to see how effect it can be.

Marilyn Monroe died because she was about to hold a press conference, having been snubbed by Jack Kennedy who felt their affair was becoming too widely known. She was going to tell how Jack had told her in pillow talk of a visit to a secret air base (Edwards, I think) for the purpose of inspecting things from outer space. Wiretapped by the CIA, she was dead two days later.

His stories of the reactions of some of the top military and government leaders is information we can’t get elsewhere.

He listed the major sources of income of the cabal as being:

(1) Black budgets (called “unacknowledged projects”)
(2) Corruption and fraud within the government system (siphoning off HUD money is an example)
(3) Productization and monetization of products which we paid for them to develop (silicon chips, lasers, fiberoptics, kevlar, teflon are all examples of ET technologies later used for profit)
(4) Corrupt banking practices (stock-market manipulation and currency-exchange practices)
(5) The international drug trade

Donald Rumsfeld announced on Sept. 10, 2001 that more than $2 trillion was lost from the Pentagon budget and was untraceable. The next day the World Trade Center was attacked. That figure has now risen to $8.5 trillion.

Steven discussed the Project Bluebeam scenario in much more detail than I’ve every heard before. 02:53:00. It features very much more than simply the projection of Jesus on the sky, so to speak. Not that we need to worry about it because none of this will be allowed to succeed. Who will stop it? ET will.

His recommendation to end the cabal’s reign is to let the sunshine in. The motto of the National Reconnaisance office is “We own the night.” He suggested our motto should be “we own the light, the light of disclosure and truth.”