Prepare For Change
Home Nature The Largest Air Purifier Ever Built Sucks Up Smog And Turns It... 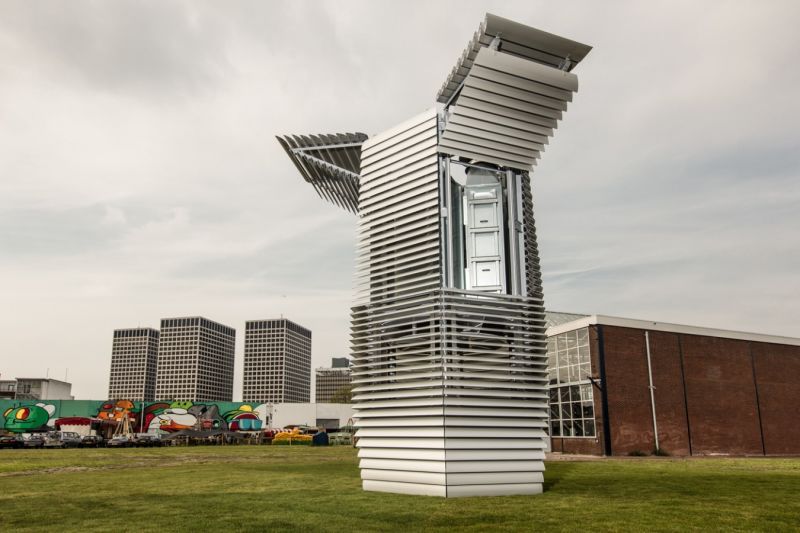 In Rotterdam this week, the designer Daan Roosegaarde is showing off the result of three years of research and development: The largest air purifier ever built. It’s a tower that scrubs the pollution from more than 30,000 cubic meters of air per hour—and then condenses those fine particles of smog into tiny “gem stones” that can be embedded in rings, cufflinks, and more. 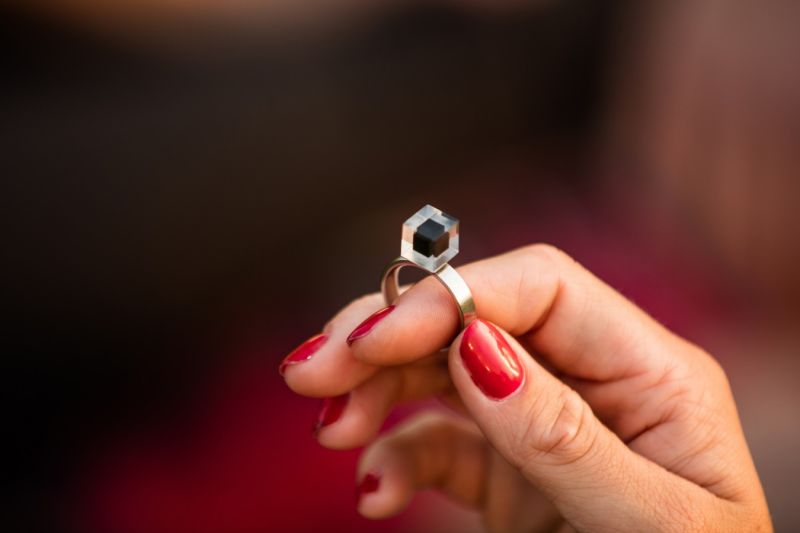 Each stone is roughly equivalent to cleaning 1,000 cubic meters of air—so you’re literally wearing the pollution that once hung in the air around Roosegaarde’s so-called Smog Free Tower. In the designer’s words, buying a ring means “you donate a thousand cubic meters of clean air to the city where the Smog Free Tower is.”

The project has been in the offing for a long time. We wrote about the idea more than two years ago when the Dutch designer first publicly announced the project, which was originally planned for Beijing after the city’s mayor endorsed the idea. Roosegaarde and his team have spent the past few years developing the first prototype in Rotterdam, where it was unveiled this month. “It’s really weird that we accept [pollution] as something normal, and take it for granted,” Roosegaarde explains.

The white, oblong tower—slatted with louvres protecting its electronic innards—will still eventually make its way to Beijing, which of course is notorious for its smog. It’ll also make stops in Mumbai and Paris, and possibly other cities (you can suggest your own using the project’s hashtag on Twitter). 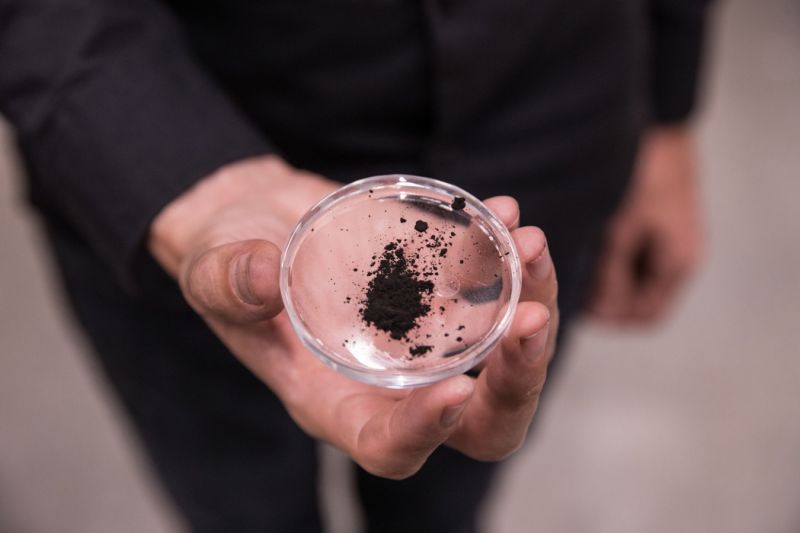 To fund the travel, the studio launched a Kickstarter campaign where you can buy jewelry and cufflinks made with its tiny smog gems—which, theoretically, would eventually become diamonds if they were compressed with much more extreme pressure.

But for now, the tower sits on a patch of grass next to Roosegaarde’s studio in Rotterdam, whose mayor and local government supported the project with grant money.

The process taking place inside its walls is powered by 1,400 watts of sustainable energy, which is comparable to a water boiler, and the studio says it hopes to one day integrate solar PVs into the design to power the process—which works not so differently than some ionic air purifiers. Roosegaarde explains:

By charging the Smog Free Tower with a small positive current, an electrode will send positive ions into the air. These ions will attach themselves to fine dust particles. A negatively charged surface -the counter electrode- will then draw the positive ions in, together with the fine dust particles. The fine dust that would normally harm us, is collected together with the ions and stored inside of the tower. This technology manages to capture ultra-fine smog particles which regular filter systems fail to do.

Now that the working prototype is up and running, the next step is figuring out how to bring it to other cities—including the city that started it all, Beijing. The team’s Kickstarter, where the studio is raising funds for another eight days, is closing in on doubling its goal—you can get your own smog gems by donating here. 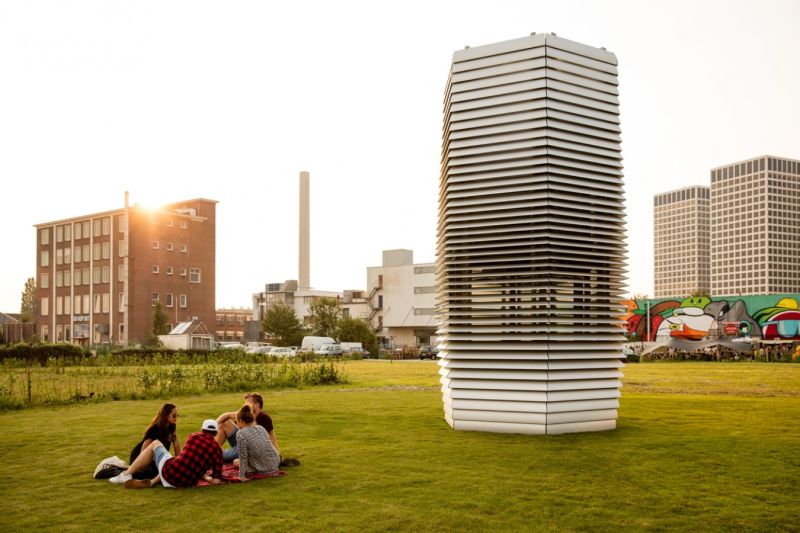 That cash will go directly to transporting the tower, publicizing the design in cities around the world. Eventually, that attention could lead to copycats and spin-off designs—one day, these ungainly white tower might be fixtures in our parks and playgrounds.

That we need super-sized air purifiers to live in super-polluted cities is certainly a pretty grim prospect. But at least someone is thinking hard about not only how to clean the air, but how to get people excited about funding that process.

All images via Studio Roosegaarde.

10 Ways to Detox from Pharmakeia, Deactivate Nanotechnology and Heal Your DNA

Owner Of Diagnostic Lab Reports 20 Times Increase Of Cancer In...

Wuhan scientists and US researchers planned to create a new coronavirus...