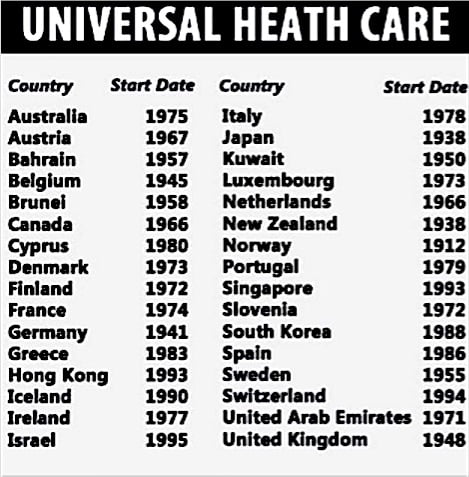 If The Founding Fathers were alive today, for sure they would call on the nation to revolt and rise not against Great Britain but a against a political and economic system that went awry, far from the idea of what they had in mind. 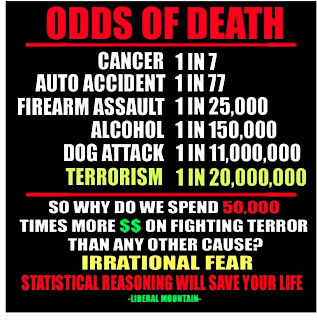 While the last 100 years of the nation history saw a major breakthrough in our political and economic systems from women suffrage to Roe vs. Wade, to the Civil Rights Act of 68 to the Great Depression and FDR answer “ the New Deal” with investment in employment, investment in the country’s infrastructure, major reforms of the very financial system that caused the Great Depression and the humiliations of tens of millions of Americans standing in “soup lines”.

True, the country witnessed major rebuilding after WWII with thousands of factories shifting from war economy to a civil economy. The car industry, the housing industry, the textile, the steel, the furniture, household appliance industry saw an emergence that created tens of millions of jobs and ushered the era of the Middle Class, with a house, a car, steady decent income, job security with health and pension funds and decent honorable retirement. No more.

The US also witnessed and suffered from government lies, including those of President Lyndon Johnson and his Vietnam War, Henry Kissinger discredited 18th-century “domino theory”, seeing our nation spending hundreds of billions in defense spending at the costs of domestic spending. We are doing it now. After wasting 3 trillions on useless criminal wars, we are neglecting the very infrastructure that gives our nation is power, strength and its ability to be the major economic power.

The Seventies saw a great deterioration of our social and economic lives, the end of the Vietnam war did not do great things for the lives of many, who saw hundreds of thousands of returning Veterans with medical and mental illness not seen before and a crisis of social and civic breakdown with abundance of drugs, that continues today taking its toll. Major industrial cities hard hit by economic dislocation of jobs overseas was the death notice of cities like Gary, Cleveland, Pittsburgh, Youngstown, and Detroit.

Basic manufacturing that gave rise to the Middle Class is gone forever. The introduction of modern malls changed the cities and town landscape forever with downtown becoming ghost town.

Major stores such as Sears, Goldblatts and JC Penney abandoned the mid town and moved to the suburbs, leaving the cities with high unemployment and high crime rate with millions of Blacks left behind, an economic and social segregation that the Civil Right Acts failed to correct and alleviate.

Small towns did not escape the change for too long, Wal-Mart came and with it over 500,000 small business in small town America disappeared over night and with it more than 2 millions jobs lost only to appear at minimum wage rate, America’s rural and urban landscape changed forever but not for the best. Shifting the wealth from 500,000 store owners to a one family.

The Nixon era ushered the modern day political corruption and lack of civility in our political institutions and process, with almost everything being too politicized and partisans. There was no common ground between the two major political parties.

The Reagan years gave us the highly charged political involvement of Christian Fundamentalist and “moral majority” with religious tax free religious institutions becoming a political powerhouse just like corporations now, as the engine for social  and political change, challenging gains in civil rights and women’s rights.

The Clinton years while showing a false and fraudulent economic boom end up costing the nation tens of millions of jobs lost, specially in manufacturing lost for ever under NAFTA and for the first time since FDR showed the power and influence of Wall Street not only on our economic and fiscal policies but on our political system and institutions as well. It was the end of the Middle Class as we knew it.

Hundreds of millions poured in campaign financing (Super PAC) ushering the era of Wall Street greed. Americas CEO became too engrossed with managing Wall Street playing the quarterly game of issued forecast while ignoring the industrial floors that made America great industrial nation, giving priorities to stockholders’ equity, share prices, salary and tax incentives while the labor force suffered the consequences. The board of directors of Heinz gave the CEO over $120 million in bonuses as a reward for closing factories and leaving 3,500 workers jobless.

Though the nation witnessed a major boom in technology, it also paid very heavy price due to economic and political corruptions from the Saving and Loan Scandal, to the Telecommunication meltdown to the Internet bubble to the Junk Bond era that saw the looting of assets by major Wall Street players that left millions of people cheated out of their investment.

If we are to count the number of times the American people been looted and cheated out of their life saving, their pension it seems such events substituted for the “economic cycle” we studied in graduate school. That did not cause an alarm in official political Washington seeing California being price gouged by the like of Enron. True some went to jail but millions of people were cheated and never made whole again.

George Bush tenure witnessed the greatest security breach in America’s history, and his wars like those of Lyndon Johnson based on lies and deception entangled America, and the world opening the doors of hell on tens of millions around the world.

It ushered the most active governmental intrusions on civil liberties in the nation history, and saw the emergence of a “national security apparatus” that is costing the nation hundreds of billions each year with questionable results.

Wall Street took control of the nation’s political and economic systems with major officers becoming policy makers controlling the Treasury and Federal Reserve, even Congress, with barriers torn down between traditional banking and investment banking America witnessed a greed never seen since the Great Depression.

There was an assault on our core values a sense of decency and civic values. Add to that an economic melt down that saw millions of people losing their homes, tens of millions losing their jobs and life time saving and witnessed the total bail out and exoneration of the Crooks of Wall Street while the millions who lost their jobs, lost income, lost their pensions and 401k, these millions were left holding the bag.

While greedy deliberate criminally culpable Wall Street laughed all the way to the banks with utter contempt for the citizen of this county, citizens were too complacent did not rise and chase these crooks all the way to jail.

While executive compensations soared into the hundreds of millions, the nation was an alarming steady rise of minimum wage jobs. While the likes of the Walton Family accumulated hundreds of billions, taxpayers had to step in and subside their employees with food stamps and Medicare.

CitizensUnited came as an icing on the cake for both political establishments, Republicans and Democrats benefiting from billions of dollars in “free for all campaign financing PACs, without adding much to the substance of political debate, other than the 30-second sound bite political ads intended to misinform, creating an army of “parasites” whose only job is to sugar coat the stupidity of the issues raised by most candidates and political analysts, more misinformation than informed.

A good start will be to politically retire the majority of both House and Senate and where the Supreme Court and Congress failed the nation, in financial reform, money in politics and tenure limitation.

We the people become the Supreme Court deciding the fate of every member of Congress next November. Yes, our votes do count and they count a lot and shape the future of the nation when we get off our fat ass and go and vote. The Sanders Revolution is coming your way.

In closing think of this. As a former UnitedHealth subscriber I was paying $258 a month in secondary insurance. Only to find out the annual salary of UnitedHealth CEO is $66.1 million. I did simple calculation and ended with 256,201 monthly premiums, or I have to live 21,350 years to pay his salary. Do not wonder why we need a political and economic revolution.