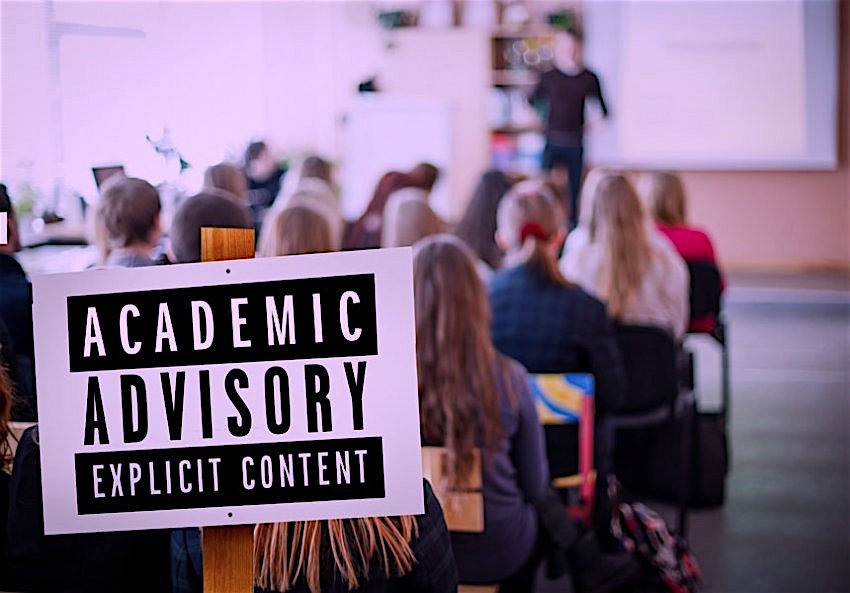 New federal guidelines have just been introduced across the country, and what they mandate is quite disturbing to civil libertarians.  The FBI has now instructed high schools across the nation to report students who in any way criticize government policies and what the report phrases as “western corruption.”

The FBI is interested in determining — as part of some warped “pre-crime” program — who might become potential future terrorists. The FBI warns in the report that that “anarchist extremists” are no different that ISIS terrorists. They further caution teachers against young people who are poor, as well as immigrants and others who travel to “suspicious” countries. These, they explain, are teens who are more likely to commit terrorism.

“Based on the widely unpopular British ‘anti-terror’ mass surveillance program, the FBI’s ‘Preventing Violent Extremism in Schools’ guidelines, released in January, are almost certainly designed to single out and target Muslim-American communities.”

Lazare notes that the FBI cautions teachers to “avoid the appearance of discrimination,” in carrying out the order to spy on students and report them to the Bureau.”

“The agency identifies risk factors that are so broad and vague that virtually any young person could be deemed dangerous and worthy of surveillance, especially if she is socio-economically marginalized or politically outspoken,” she notes.

This overwhelming threat is then used to justify a massive surveillance apparatus, wherein educators and pupils function as extensions of the FBI by watching and informing on each other.

The FBI’s justification for such surveillance is based on McCarthy-era theories of radicalization, in which authorities monitor thoughts and behaviors that they claim to lead to acts of violent subversion, even if those people being watched have not committed any wrongdoing.

This model has been widely discredited as a violence prevention method, including by the US government, but it is now being imported to schools nationwide as official federal policy.

The new guidelines suggest that

“high school students are ideal targets for recruitment by violent extremists seeking support for their radical ideologies, foreign fighter networks, or conducting acts of violence within our borders.”

The paranoid of the document warns that the youth “possess inherent risk factors” that predispose them to being terrorists.

The FBI suggests that all teachers “incorporate a two-hour block of violent extremism awareness training” into their core curriculum for all high school students in the United States. According to the FBI’s educational materials for teenagers, circulated as a visual aide to their new guidelines, the following offenses constitute signs that “could mean that someone plans to commit violence” and therefore should be reported:

Under the category of domestic terrorists, the educational materials warn of the threat posed by “anarchist extremists.”

“Anarchist extremists believe that society should have no government, laws, or police, and they are loosely organized, with no central leadership… Violent anarchist extremists usually target symbols of capitalism they believe to be the cause of all problems in society – such as large corporations, government organizations, and police agencies.”

But the FBI didn’t stop at the ISIS boogymanning. They warn teachers of “Animal Rights Extremists and Environmental Extremists” who are — to the FBI — no different than “white supremacy extremists,” ISIS and Al Qaeda terrorists.

All of these are “out to recruit high school students,” in the FBI’s mind, according to Lazare.

The materials also instruct students to watch out for extremist propaganda messages that communicate criticisms of “corrupt western nations” and express “government mistrust.”

If you “see suspicious behavior that might lead to violent extremism,” the resource states, consider reporting it to “someone you trust,” including local law enforcement officials like police officers and FBI agents.

Lazare posits that “young Muslims are the real targets” of the FBI’s high school spy program.

At the surface level, the FBI’s new guidelines do not appear to single out Muslim students. The document and supplementary educational materials warn of a broad array of threats, including anti-abortion and white supremacist extremists.

The Jewish Defense League is listed alongside Hizbollah and Al Qaeda as an imminent danger to young people in the United States.

But a closer read reveals that the FBI consistently invokes an Islamic threat without naming it. Cultural and religious differences, as well as criticisms of western imperialism, are repeatedly mentioned as risk factors for future extremism.

“Some immigrant families may not be sufficiently present in a youth’s life due to work constraints to foster critical thinking,” the guidelines state.”The document aims to encourage schools to monitor their students more carefully for signs of radicalization but its definition of radicalization is vague.”

Arun Kundnani, the author of The Muslims are Coming! Islamophobia, extremism, and the domestic War on Terror notes.

“Drawing on the junk science of radicalization models, the document dangerously blurs the distinction between legitimate ideological expression and violent criminal actions.””In practice, schools seeking to implement this document will end up monitoring Muslim students disproportionately,” Kundnani said. “Muslims who access religious or political material will be seen as suspicious, even though there is no reason to think such material indicates a likelihood of terrorism.”

Oddly, however, the FBI’s new guidelines say that they do “not advocate the application of any psychological or demographic ‘profiles’ or check lists of indicators to identify students on a pathway to radicalization.”

As Hugh Handeyside, staff attorney for the ACLU’s national security project, said that:

“Broadening the definition of violent extremism to include a range of belief-driven violence underscores that the FBI is diving head-first into community spying.

” Framing this conduct as ‘concerning behavior’ doesn’t conceal the fact that the FBI is policing students’ thoughts and trying to predict the future based on those thoughts.”Are you concerned about the FBI’s new “pre-crime” high school spying program?

From Humans Are Free