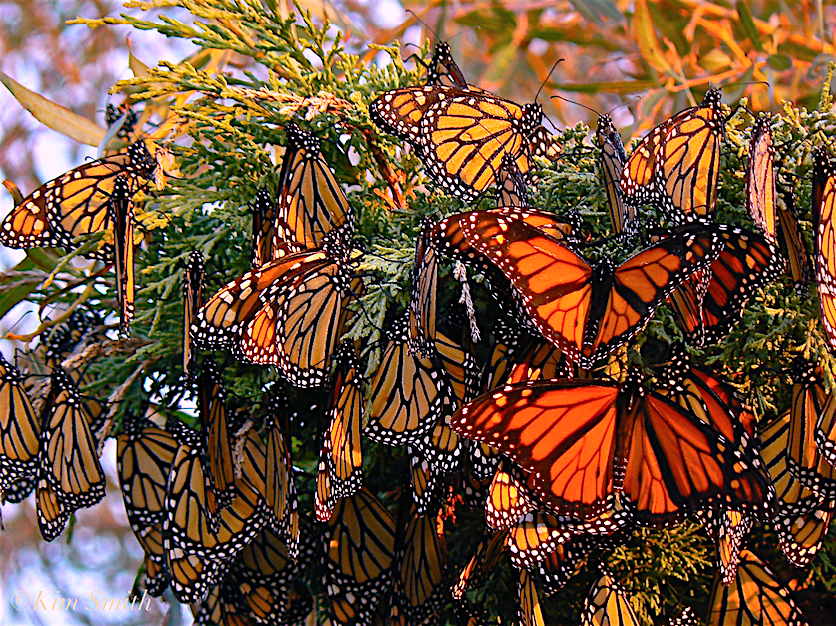 Jonathan Lindgren , who discovered that Monarch Butterflies were being killed by insecticides,  built an international reputation as a leading entomologist with the U.S. Department of Agriculture (USDA). Now, after filing a whistleblower complaint against the USDA for blocking his research on negative impacts of insecticides, Lundgren is applying his science to regenerative agriculture at Blue Dasher Farm, a new research and demonstration farm in South Dakota.

Lundgren worked as a senior research entomologist at the USDA for 11 years, conducting risk assessment research on pesticides and genetically modified organisms. Last fall the agency suspended Lundgren, claiming he made an error in a travel authorization for a speaking engagement. Lundgren said the agency suspended him over his research showing negative effects on monarch butterflies from neonicotinoid insecticides.

“We discovered things that weren’t particularly convenient,” he said. “I saw there was a clear link to pesticide use.”

Lundgren filed a whistleblower complaint against the USDA, detailing attempts by USDA managers to block publication of new research, bar discussion of results with the media and disrupt his lab’s operations.

Laura Dumais, staff counsel for Public Employees for Environmental Responsibility, which filed the complaint, said: “Dr. Lundgren is suffering the proverbial professional death by a thousand cuts precisely because of the implications of his scientific work for agribusiness.”

Lundgren said he had no research agenda. “If our data showed neonics had not caused problems with monarchs, I wouldn’t have any problems publishing that,” he says.

The USDA tried to dismiss Lundgren’s complaint, but in December a judge rejected the request, allowing it to move forward.

The legal battle may take months or years to be resolved.

In the meantime, Lundgren is launching Blue Dasher Farm, which, according to the farm’s website, aims to be “the first of a network of research, education and demonstration farms to bring scientific support to biodiverse food production.”

“There are certain topics for the food system that I can better address outside the USDA,” Lundgren said. “That drives what I am doing with Blue Dasher Farm.”

Inspiration for Blue Dasher Farm came from Lundgren’s research work with farmers who he said are on “the leading edge of food production” and regenerating soils.

“They didn’t need a lot of inputs, fertilizers, pesticides and GMOs,” he said. “They were creating farming systems that are so much more resilient to pests and climate change. I came to realize that these farmers are leading the science.”

Lundgren wants to showcase regenerative agriculture methods on Blue Dasher Farm. These include cover crops to reduce weeds and insect pressure, diversified crop rotations, soil fertility practices and conservation crops to increase pollinators, such as bees, among others.

Blue Dasher Farm aims to bridge the gap between farmers and researchers.

“We want to pair agroecologists with producers and train the next generation of farmers, ranches, beekeepers and scientists,” he said. “We have so much we can learn from each other.”

Blue Dasher Farm won’t be organic, but will encompass organic methods. “A lot of what we are doing fits into the organic model,” Lundgren said. “But I don’t think farmers will need to be organic to be more profitable using regenerative practices.”

Changing Agriculture From the Ground Up

Lundgren believes that changes in agriculture and food production will come from the grassroots and not from top-down approaches of government, universities and corporations.

“Transformational changes need to be done to food systems and these changes come from the bottom up,” he said. “We need science to innovate agriculture and not maintain the current paradigm. We want to give scientific support to grassroots efforts in regenerative agriculture.”

Lundgren’s project has struck a chord at the grassroots level with a successful Indiegogo crowd-funding effort for Blue Dasher Farm. His goal of $75,000 was surpassed to more than $81,000. Lundgren has also received donations of equipment and even bees.

“The response we’ve had so far has been so positive,” he said. “Consumers and independent scientists can support the kind of research they want, instead of research that is traditionally done by government and universities, which can be easily controlled by major corporations.”

The 53-acre farm in Deuel County, South Dakota will be a fully operational farm that Lundgren aims to make a model of regenerative agriculture.

“Farmers can come and see the practices being used on an operating farm,” he said. “We want to show how a farm can be profitable on a small acreage.”

The first project will be to grow seeds for cover crops and conservation mixes.

“There’s a strong need for these seeds,” Lundgren said.

Looking to the long term, Lundgren aims to help establish similar research, education and demonstration farms like Blue Dasher around the U.S.

“We need a national network of research demonstration farms that are adapted to local needs,” he said. “That’s the vision, that’s the goal.”

Lundgren and his wife Jenna, who has a degree in biology, recently completed the purchase of the farm and will launch Blue Dasher Farm this spring.

“We’re excited to get started,” he said. “Things are happening at a fast pace.”