Prepare For Change
Home Disclosure These 13 Families Rule the World: The Shadow Forces Behind the NWO 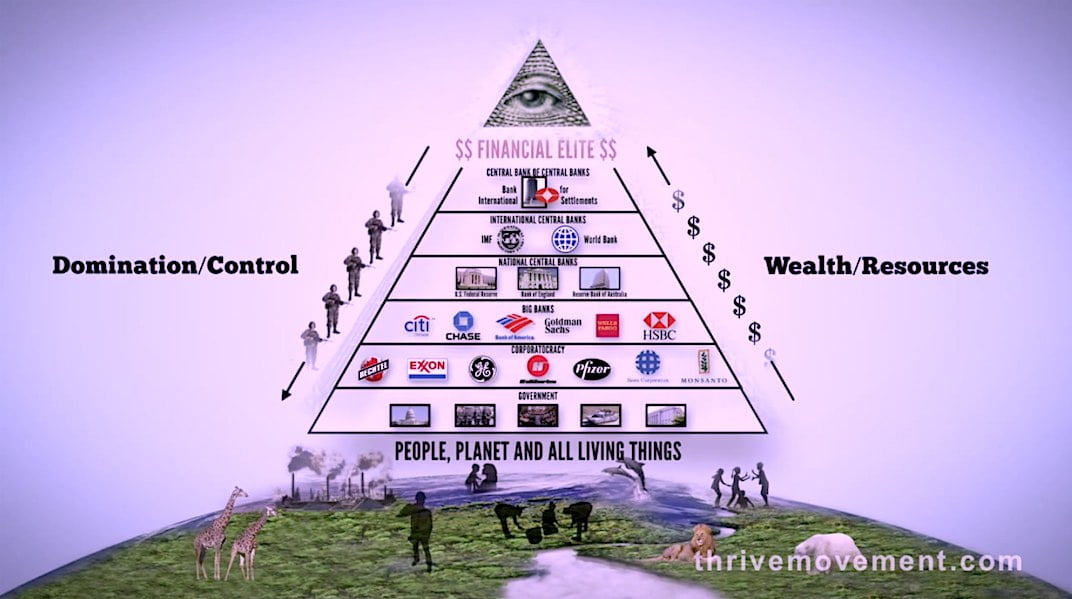 The shadow forces behind the New World Order (NWO) are following a slow-paced agenda of total control over mankind and our planet’s resources. David Icke coined it the “Totalitarian Tip-Toe,” because “they” are making very small steps towards our complete and definitive enslavement. As a result, the masses remain relatively unaware of the fact that their liberties are being gradually taken away, while the power of the NWO octopus grows steadily.

The shadow forces behind the NWO agenda

Somewhere near the very top of the pyramid, an extremely elitist organisation known as the Council of the 13 families orchestrates all of the major world events. As the name suggests, the Council consists of the top 13 most influential families on Earth.  An increasingly large number of people are becoming aware that 99% of the Earth’s population is controlled by an “elite” 1%, but the Council of the 13 families consists of less than 1% of the 1% “elite” and nobody on Earth can apply for membership.
In their opinion, they are entitled to rule over the rest of us because they are the direct descendants of the ancient gods and consider themselves royal. These families are:

(Personally, I suspect that this may not be the complete list and some very powerful lineages are still unknown to us).

The Rothschild dynasty is unquestionably the most powerful – visible – bloodline on Earth and their estimated wealth is around $500 trillions!

They exercise their power through the world banking empire, which is almost entirely owned by them.

The most important institutions that work hard to establish the NWO and completely enslave our species, are:

All of the above institutions function as individual states, operating under their own laws, hence there is no court of law on Earth that could ever prosecute them.

The multitude of Secret Societies in existence today, operate as branches of a mega corporation, which is owned by the Council of the 13 families. Even though they have been handsomely rewarded for their work, the members of these secret societies are not members of the “elite” bloodlines, they don’t know who their masters are and they have no idea what the real agenda is.

Another mass-enslavement tool that they are using against us, is the so called educational system. Schools are no longer what they used to be and children are learning to memorize without thinkingand obey without questioning. In fact, this established educational system is extremely expensive to keep operational and obsolete in the age of the internet.

“Why obsolete?” you may ask. Because the internet gives us free access to almost infinite amounts of information.

So why are we still paying huge amounts of money for governmental education? Because the world’s “elite” require that our children learn conformity and inside-the-box thinking.

What can we do about it?

Mankind’s faith is hanging in the balance right now, as the control of the NWO octopus spreads. On the one hand, we are very close to our complete enslavement, while on the other hand, we could easily crumble to the ground their pyramid of power, by simply uniting against their deception in apeaceful revolution of minds, hearts and souls.

I’ve asked myself for years what is their greatest weapon of enslavement. Is it poor education combined with constant indoctrination? Is it the fear generated by religion? Is it the fear of being punished (jailed or killed) by the system, or is it the invisible enslavement of the monetary system?

In my opinion, all of the above combined had a huge impact on our society and the way we think, buttheir biggest weapon is hands-down the financial system!

The financial system has stealthily enslaved our species and now we are being used as currency slaves. We work from 9 to 5 every day, in boring and depressing environments, not stimulated by anything creative or constructive. In most cases, the sole motivation for going to work, is the next paycheck — and no matter how hard we work, we never seem to have enough money.

Have you ever wondered why mega-corporations (reaping $billions/year in profits) pay dozens of millions to their CEOs and as close as possible to the minimum wage to the rest of the employees? This has been carefully designed, because a person that is constantly “on the edge,” will never have time for self-education, introspection and — eventually — spiritual awakening.

Isn’t this our main purpose on Earth? To become spiritual beings (and by spiritual, I obviously don’t mean religious) and complete the incarnation cycle?

“They” don’t need educated people, who are capable of critical thinking and have spiritual goals. No, this kind of people are dangerous to the establishment!

“They” want obedient “robots,” just intelligent enough to operate the machines and keep the system running, but stupid enough never to ask questions.

Money is the eye of the “devil”

Our leaders have been corrupted by money and mankind’s collective mission on Earth has been hijacked by money.

So why do we need the financial system, in the first place? Actually, we don’t need it (at least, not anymore). The planet doesn’t charge us a cent for using its natural resources and we have the technology to extract them without physically working a day.

More to the point, there are brilliant minds “out there” discussing the concept of a resource based economy for decades. One example is mister Jacque Fresco, a brilliant industrial designer and social engineer, who spent most of his life designing the future.

The cities proposed by Mr. Jacque Fresco will be built by autonomous construction robots and will be eco-friendly & self-sustainable, earthquake & fire proof. Learn more here.

Other people are already discussing the transition plan towards the economy of the future, where money are no longer required and all individuals will be offered the best conditions to reach their highest potentials — all for the benefit of our species, as a whole.

So, my question is: are we ready to embrace the future and escape the control of the “elite” in a world without money, or are we going to allow the New World Order to happen?

By Alexander Light, HumansAreFree.com; | Must-read related article: The Top of the Pyramid: The Rothschilds, the British Crown and the Vatican Rule the World;