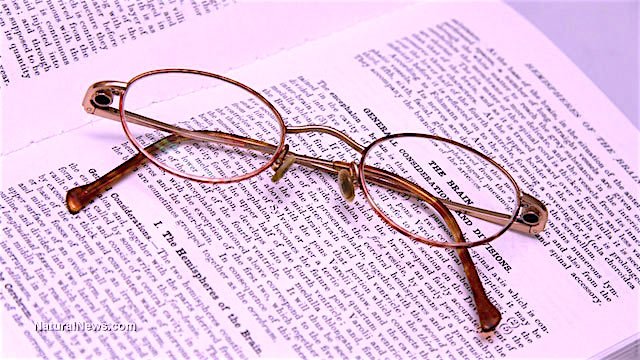 A newly condensed book that has exposed the truth about GMOs – GMO Myths and Truths: A Citizen’s Guide to the Evidence on the Safety and Efficacy of Genetically Modified Crops and Foods, is bound to become one of your go-to resources for the subject matter.

(NaturalNews) As most NaturalNews readers are aware, we have always done our best to expose the harmful effects genetically modified organisms and foods (GMOs) have on both humans and the environment. And we will continue to publish the truth about GMOs, and why they should be shunned.

But a newly condensed book that has exposed the truth about GMOs – GMO Myths and Truths: A Citizen’s Guide to the Evidence on the Safety and Efficacy of Genetically Modified Crops and Foods, 3rd Edition, by Claire Robinson, MPhil; Michael Antoniou, PhD; and John Fagan, PhD – is bound to become one of your go-to resources for the subject matter.

“Many who defend the use of GMO crops and foods claim that there is no evidence that any GMO is harmful to health or the environment. But this is wrong,” says Richard Jennings, PhD, Department of History and Philosophy of Science, University of Cambridge, U.K., in discussing the book. “There is plenty of sound empirical evidence of such harm, presented by qualified scientists in peer-reviewed literature. This book is a succinct summary and documentation of that evidence.”

Again, as many of you know, there is quite a bit of misinformation surrounding GMOs. The enormous wealth of the pro-GMO lobby feeds a gargantuan public relations machine that seeks to cloud the issues and present GMOs in a positive manner.

Moreover, this lobbying wealth translates into political clout, whereby governments and the GMO biotech industry conspire to mislead the general public, in order to promote GMO crops and foods.

As reported by Counter Punch:

“The industry and its supporters say the technology is safe, increases yields, is better for farmers and the environment, uses less chemical inputs and is necessary to feed the world. They also say critics are ideologically driven, deal in pseudoscience and are Luddites who are stealing food from the bellies of the poor by campaigning against GMO. Such attacks have no basis in reality. But spin and smears are what the industry and its supporters have increasingly come to rely on. It reflects their failure to force GM onto the public and into the fields across most of the world.”

Now, however, you have a one-stop resource for all things GMO-related – a comprehensive resource to combat the well-funded pro-GMO lobby, in GMO Myths and Truths.

The book does this by presenting the real science behind GMO crops and foods. Its meticulous research debunks the propaganda and myths put forth by the massive GMO lobby.

Addressing all aspects of GMOs

“For the layperson, it explains in easy-to-understand terms and steps what genetic engineering is and how it is carried out. It describes and provides access to important scientific studies carried out into the safety and efficacy of GM and looks at the environmental impacts of the technology,” Counter Punch explained.

“Every person who buys and consumes food needs to read this book. It exposes the full details of GMO risks and deceptions that the biotech industry hopes you never learn,” added Mike Adams, the Health Ranger, editor of NaturalNews.com, and science lab director of the Consumer Wellness Center Labs. Adams’ own new book, Food Forensics, is slated for release in July.

An advantage of GMO Myths and Truths is that it adopted a comprehensive approach to GMOs by moving beyond science to wider issues that are related to intellectual property rights and seed patenting; alternative models of farming that can be more productive and highly sustainable; what food security means; and hunger and poverty.

“By addressing these issues, the authors demonstrate that GM is not needed and is being offered as a proxy solution for more deep-seated structural factors,” Counter Punch reported.