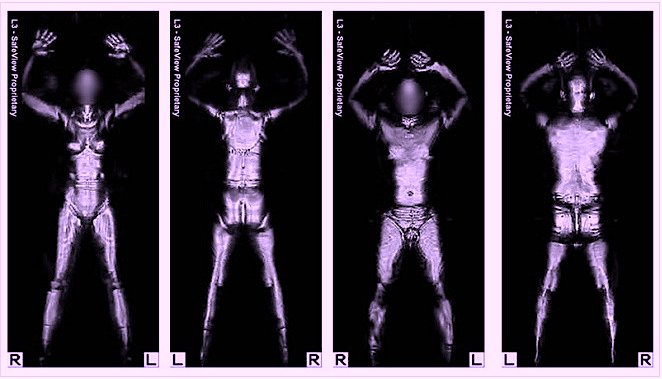 Prior to this appeal, EPIC states that the DHS’s Transportation Security Administration (TSA) “withheld test results, fact sheets, and estimates regarding the radiation risks of body scanners used to screen passengers at airports.”

EPIC first filed the FOIA request on July 13, 2010 with the US Department of Homeland Security (DHS). The request was for “agency records that directly relate to the radiation risks posed by TSA’s full body scanner program.”

EPIC reports that “DHS acknowledged receipt of EPIC’s FOIA request, but failed to disclose any documents.” EPIC then sued DHS for the documents on November 19, 2010 (2).

While the DHS did immediately disclose “key documents” at that time, according to EPIC the agency still withheld other documents. The first group of documents released in 2010 revealed test results that the radiation from using full body scanners might have been more than what the TSA claimed.

As for the lawsuit to force DHS to disclose all of the documents, the lower court determined that “the factual material was ‘deliberative’ and therefore exempt from the FOIA”. Countering this block, EPIC joined an appellate mediation and was finally able to obtain the other documents.

EPIC’s successful appeal argued that “federal agencies may not withhold factual information under the ‘deliberative process privilege’ in the Freedom of Information Act.” The court agreed.

What the Fact Sheets Revealed

In examining the TSA documents, EPIC discovered that the agency (TSA) “did not perform a ‘quantitative analysis’ of risks and benefits before implementing the body scanner program.”

These were some of the concerns that EPIC addressed in its 2011 lawsuit against DHS for the suspension of the body scanner program. That lawsuit resulted in the successful “removal of backscatter X-ray scanners from US airports”.

The “backscatter” X-Ray uses “high energy X-rays”. These X-rays penetrate materials more than medical X-rays that are low-energy. In effect, the machine penetrates clothing to reveal the nude body of the person being scanned.

This intrusion of individual privacy through such indiscreet imaging of a person’s body and the security flaws in the equipment being used along with the TSA’s ability to store those images indefinitely are components of another EPIC lawsuit against DHS/TSA.

Among the documents that EPIC received under FOIA were two emails from AJ Castilla, President of Local 2617 in Boston, MA. One email was to the union members and the other was to Heather Callahan DFSD, who Castilla identifies as the person over the health and safety issues of the airport (3).

Castilla writes that TSOs “consistently complain to me [as I am sure they are complaining to TSA] about their concern over the growing number of TSOs working here that have been diagnosed as having cancer and of their concerns that TSA’s utilized technology may be to be blame.”Castilla notes that while some of those with cancer are no longer working at the airport:

“….BOS still has an alarmingly high number of cancer afflicted TSOs still working here or out while trying to address the illness.”

A very telling part of the email is Castilla’s reference to this not being a new issue.

“Despite TSA management’s past assurances, many TSOs here do not feel safe from radiation threats that may go hand in hand with using x-ray screening technology, especially the newer [installed since TSA federalized airport security] technology that has been lesser used in our country than much older but also feared Rapiscan machines.”

Further revealing of the TSOs’ fears is Castilla’s mention of a current investigation:

The other email is also from Castilla and addressed to union members explaining that an email to Callahan had been sent:

“…denoting our concern on TSA Boston’s growing number of TSOs working here that have thus far been diagnosed with cancer.” 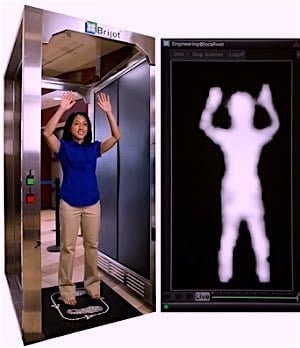 Castilla also states that their concerns about TSAs not having proper radiation monitoring devices and the TSAs concerns about the “non-monitored radiation threat facing both checkpoint and baggage assigned TSOs.”

Castilla stated that a request was made of TSA headquarters “to issue every TSO a radiation monitoring dosimeter device” that workers could clip onto their uniforms. The monitoring devices would then be regularly tested by a “third-party medical facility” so the results could be tracked.

Another document features another two emails. The first email references the second one that’s dated November 16, 2010 about a “telecon” taking place that day with Dr. O’Toole.

The first email discusses how the Director of the National Institute of Standards and Technology (NIST) called wanting certain clarifications made during the O’Toole teleconference in response to the 11/14/2010 USA Today article titled, “Napolitano: Scanners are safe, pat-downs discreet” (4).

The email explains that the director is “not looking for corrections, just doesn’t want any mischaracterization of their work continued.”

The clarifications were bulleted:

To understand the context of this email and its directives, an examination of the Napolitano article from November 15, 2010 must be examined. The article was written by Homeland Security Secretary Janet Napolitano.

In the article, Napolitano explained that part of the “layered approach” now being taken with security included the “deployment of new Advanced Imaging Technology (AIT) units” (5).

“AIT machines are safe, efficient, and protect passenger privacy. They have been independently evaluated by the Food and Drug Administration, the National Institute of Standards and Technology, and the Johns Hopkins University Applied Physics Laboratory, who have all affirmed their safety.”

It’s clear that the NIST director felt Napolitano had mischaracterized the work of the NIST and felt a clarification was necessary so that no one else would overstate the function of the agency – implied or otherwise.

Still, in July 2008, the NIST had issued a Radiation Safety and Compliance Report on the Rapiscan, stating that it conformed to all the dose limitation requirements (6).

As for dose to workers, the report stated:

“Each of the two units acts as a beam stop for the other unit. However, the geometry is such that the scanning beam emanating from one unit overshoots the cabinet of the other unit by a few inches on each side.”

The report made recommendations on how to remedy this.

Another FIOA document released to EPIC was an Executive Summary from The John Hopkins University that references the same issue of the beam stop leakage for the body scanning units.

The summary stated that “due to primary beam overshoot” the radiation limit of exposure to the general public, “could potentially be exceeded”. The report recommended that each installation site be assessed “or a beam stop be considered” (7).

The NIST report stated there was “no data received concerning scatter radiation”. This is the radiation that scatters to adjacent areas during the scanning of a person. Also, no data was provided on “radiation ‘leakage’ emissions from the two cabinet.

Ongoing Can of Worms

According to Napolitano’s 2010 article, the majority of people prefer body scanners over traditional methods, yet, EPIC reports just the opposite. Subsequently, the 2015 TSA’s decision to abolish the opt-out of airport body scanners resulted in a coalition of EPIC and 25 other organizations petitioning DHS and Congress for a hearing (8). 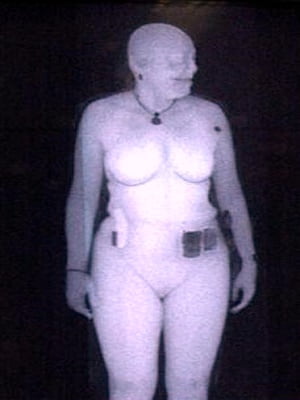 EPIC won an earlier lawsuit against DHS for violating federal law by installing the full body scanners without notice or comments from the public.

The scanners were ordered removed. Since the DHS failed to comply with the law, the DC Circuit court found in EPIC’s favor and ordered the agency to “promptly solicit public comments” on the use of airport body scanners.

However, that was nearly five years ago and DHS has yet to issue the final rule based on public comments. In July 2012, EPIC filed a “Petition for Mandamus” with the DC Circuit requesting the agency be forced to comply with the order and the law (9).

Still, DHS failed to issue the final rule as mandated by the court. In July 2015, Competitive Enterprise Institute along with others filed a “Petition for a Writ of Mandamus” similar to the 2012 EPIC petition for Mandamus against DHS in an effort to force the agency to comply with the original court order (10).

EPIC reports that the expected TSA issuance of its final rule on the controversial topic of body scanners is March 3, 2016.

In December 2015, DHS/TSA published a change to the airport scanning procedure. The change denies air passengers their right to opt-out of body scanning (11).

This opened up another legal issue surrounding DHS. EPIC spearheaded a coalition along with other watchdog human rights groups to fight DHS once more.

According to Forbes, the coalition is asking Congress to hold hearings in order to “assess TSA’s conduct and calling for an interim halt of whole body scanner funding and for increased oversight of the TSA” (12).