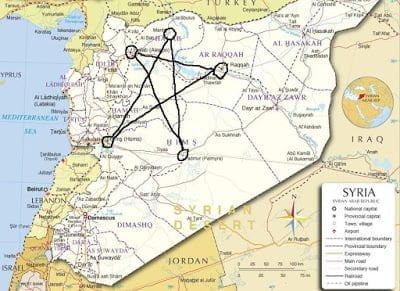 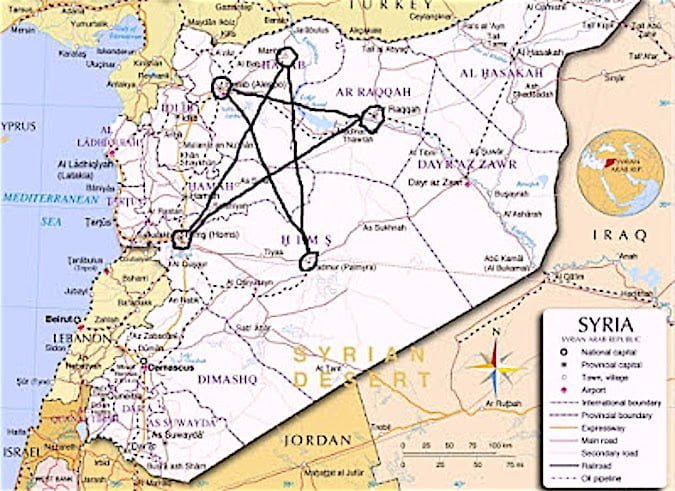 The real occult reason for the Syrian conflict is the battle for the Syrian goddess vortex which is one of the most important key energy points in the planetary energy grid.

This is why the Jesuits have engineered the creation of Daesh (Islamic State).

All five points of Syria pentagram are key towns in Syria that had a strong connection with the Goddess energy in their rich past.

These five points are:

Aleppo, a city with a strong Goddess presence:

Homs, the birth place of Julia Domna. Julia Domna was a Roman empress who tried to bring wisdom to the Roman court: 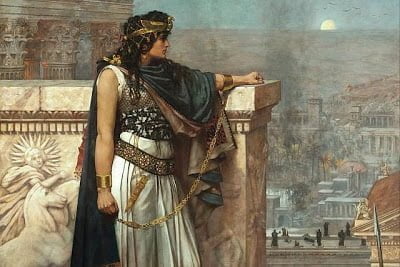 Palmyra, the birth place of Zenobia, a queen that lead the revolt against the oppression of the Roman empire:

Raqqa, the area where the Halaf culture was born:

Manbij, which was the center of worship of the Syrian goddess of fertility, Atargatis:

Three of those points, Aleppo, Homs and Palmyra, have already been liberated from the clutches of Daesh, Palmyra very recently:

When Raqqa is liberated, that will very rapidly lead to the complete liberation of the Syrian pentagram and will drastically improve the situation in the Middle East.

Those who feel guided, can help supporting the healing of the Syria pentagram by visualizing this piece of ancient Halafian pottery rotating over the whole Syria pentagram, strengthening the Goddess vortex there and removing all darkness from the region:

This piece of Halafian pottery, made 7000 years ago, contains sacred geometry codes that activate Goddess presence and remove darkness from all four directions.

Many people are asking what is behind the Panama papers. This link explains it all: