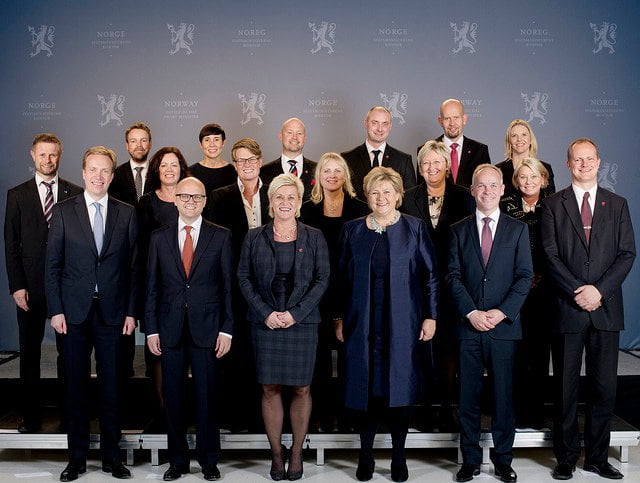 International findings on the safety of Genetically Modified Organisms are rarely reported on in Western mainstream media. Despite fierce resistance to GMOs in other countries, North Americans are just now starting to learn that GMOs are unsafe for human consumption, and that they pose significant environmental risks, too.

This is precisely why dozens upon dozens of countries around the world have completely banned GMOs from being imported or grown in their country. While major Western government health organizations say the science is clear on their safety, multiple governments, researchers, and scientific publications around the world beg to differ.

The Norwegian government, via The Norwegian Biotechnology Advisory Board (NBAB), is one such group. Commissioned by the Norwegian Environment Agency late last year to develop a guidance document in line with the Norwegian Gene Technology Act, their aim was to assess the sustainability of genetically modified (GM) herbicide-tolerant (HT) plants.

The report examines a dossier that was submitted to the Brazilian government by Monsanto, and it outlined how the research was flawed and lacking a tremendous amount of data. The study also pointed out a myriad of other concerns with regards to GMO Intacta Roundup Ready 2 Pro soybeans, finally concluding that the science behind the cultivation of this crop is simply inadequate. The report highlights a range of methodological weaknesses as well as the problem of incomplete information, research, and science on Genetically Modified Crops. This is something various other countries and scientists around the world have already suggested before.

The fact that long-term effects require long-term studies may seem obvious, but it’s apparently beyond the comprehension of GMO regulators worldwide, none of whom require tests of longer than 90 days in rats (about 7 years in human terms). It’s a case of “don’t look, don’t see”. (source)

You can read the full report here.

Norway is one of many countries in Europe to ban genetically modified products and to choose not to produce them. In fact, they are one of the most restrictive importers of GM products, with several EU-approved GMOs being strictly illegal in the country. (source)

The global resistance against Genetically Modified Crops is growing at an exponential rate. A few years ago, you were almost ridiculed for suggesting that GM foods could be hazardous, but now scientists and researchers are presenting information that has 19 new countries joining an already long list of nations to completely ban, or at least place severe restrictions on, GMOs  — and the pesticides that go with them. You can read more about that here.

What does this mean for the political relations between countries refusing GMOs and North America? It’s difficult to say, but a set of Wikileaks cables reveal that the State Department was lobbying all over the world for Monsanto and other major biotech corporations. They also reveal that American diplomats requested funding to send biotech lobbyists to meet with politicians and agricultural officials in “target countries.” These included countries in Africa, Latin America, and Europe.

One of the most revealing cables is from 2007. It looks at French efforts to ban a Monsanto GM corn variety. HERE is a cable that shows Craig Stapleton, former ambassador to France under the Bush administration, asking Washington to punish the EU countries that did not support the use of GM crops:

Moving to retaliation will make clear that the current path has real costs to EU interests and could help strengthen European pro-biotech voices. . . .

Country team Paris recommends that we calibrate a target retaliation list that causes some pain across the EU since this is a collective responsibility, but that also focuses in part on the worst culprits.   (source)

This is basically pressuring and threatening countries to accept the import of North American genetically modified products.

More On GMOs & Why More Countries Are Refusing Them

The main concerns over GMOs are related to human and environmental health. Alongside all of these troubles (according to Reuters), some countries simply want to take time to do proper research — flying in the face of the World Health Organisation’s (WHO) decree that GMOs are completely safe:

As part of the process, they portrayed the various concerns as merely the ignorant opinions of misinformed individuals – and derided them as not only unscientific, but anti-science. They then set to work to convince the public and government officials, through the dissemination of false information, that there was an overwhelming expert consensus, based on solid evidence, that GMOs were safe.

There is plenty of research to oppose that assertion, such as one study published in the journalEvironmental Sciences Europe. The WHO has never cited any long term studies that prove the safety of GMOs. When a study was finally conducted, it found severe liver and kidney damage, as well as hormonal disturbances, in rats fed GM maize in conjunction with low levels of Roundup — levels that were below those permitted in most drinking water across Europe. The rats also developed large cancer tumours. (source)

Other studies have found instances of adverse microscopic and molecular effects of some GM foods in different organs or tissues. They also determined that no standardized methods to evaluate the safety of GM foods have been established. Many studies have emphasized that more scientific effort is needed in order to build confidence in the evaluation and acceptance of GM foods.(source)(source)

Here’s what Irina Ermakova, VP of Russia’s National Association for Genetic Safety, said last year when Russia was mulling over the decision to ban GMOs:

It is necessary to ban GMO, to impose moratorium [on it] for 10 years. While GMO will be prohibited, we can plan experiments, tests, or maybe even new methods of research could be developed. . . . It has been proved that not only in Russia, but also in many other countries in the world, GMO is dangerous. Methods of obtaining the GMO are not perfect, therefore, at this stage, all GMOs are dangerous. . . . Consumption and use of GMOs obtained in such way can lead to tumors, cancers and obesity among animals. . . . Biotechnologies certainly should be developed, but GMO should be stopped. [We] should stop it from spreading.  (source)

Keep in mind that we are talking about GM crops which are sprayed with billions of pounds of toxic chemicals every year. These chemicals have been linked to a number of diseases, ranging fromautism and Alzheimer’s disease to cancer and more.

“Children today are sicker than they were a generation ago. From childhood cancers to autism, birth defects and asthma, a wide range of childhood diseases and disorders are on the rise. Our assessment of the latest science leaves little room for doubt; pesticides are one key driver of this sobering trend.” – October 2012 report by Pesticide Action Network North America (PANNA) (source)(source)

The list goes on and on. I recommend the below book if you want to learn more about this issue.

Excellent Book Recommendation To Learn The Truth About GMOs

For those who are looking to educate themselves further about GMOs, check out: Altered Genes, Twisted Truth: How the Venture to Genetically Engineer Our Food Has Subverted Science, Corrupted Government, and Systematically Deceived the Public.

“This incisive and insightful book is truly outstanding. Not only is it well-reasoned and scientifically solid, it’s a pleasure to read – and a must-read. Through its masterful marshalling of facts, it dispels the cloud of disinformation that has misled people into believing that GE foods have been adequately tested and don’t entail abnormal risk.” –David Schubert, Ph.D. molecular biologist and Head of Cellular Neurobiology, Salk Institute for Biological Studies (source)

**Check out this recent podcast with Rachel Parent who recently attended the annual Monsanto shareholders meeting.