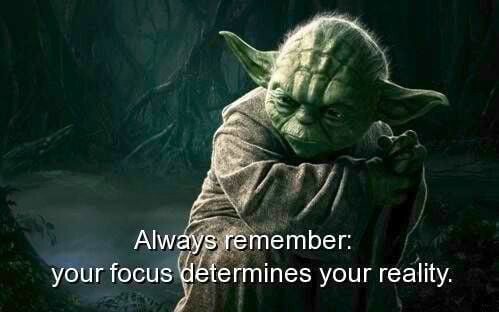 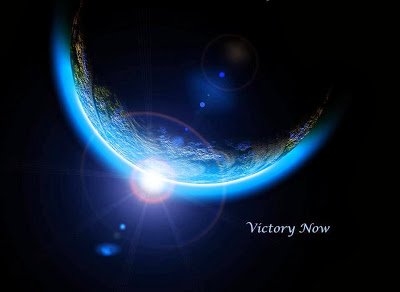 On Sunday last during the weekly Event meditation I found that the only thing my mind wanted to focus on was the removal of the entity that envelopes our planet and solar system known as Yaldabaoth.

We are continually reminded by the Archangelic / Angelic Kingdom and by Ascended Light Beings that our position is one of sovereignty. They tell us that They are willing to join with us in whatever goal that we might have that will benefit the whole. Could there be a greater goal now than the removal of this entity so that our liberation will finally take place?

What Is This Yaldabaoth?

Here are some quotes that can help us to have a ‘picture’ in mind of this entity. The first one is from the Planetary Situation Update from July 5th 2015:

Clearing of the Chimera group continues. The main problem remains the plasma accretion vortex around planet Earth, full of strangelet and toplet bombs. This vortex looks like an octopus with its plasma tentacles extending into the interplanetary space, strangelet bombs being cancer cells in its body.  This vortex is not a dead plasma field; it is actually a living entity of a negative nature. One of the main purposes of MOSS is to dissolve that entity, take it into the Galactic Central Sun and transform it there into a pure positive plasma elemental essence.

Recently in the PFC Cobra interview Richard asked the question “What is the plasma octopus as it is referred to in occult circles, and what effect is it having on the situation on planet Earth right now?”

It is the base source of the problems we have here.  The plasma vortex which extends throughout the solar system has planet Earth in its center.   Planet Earth is the central anchor point of that entity and the entity has plasma toplet bombs in the body, plasma bodies.  Until this is resolved The Event cannot happen.  So this is the major, the main obstacle actually towards The Event.

Physical Evidence of This Entities Existence 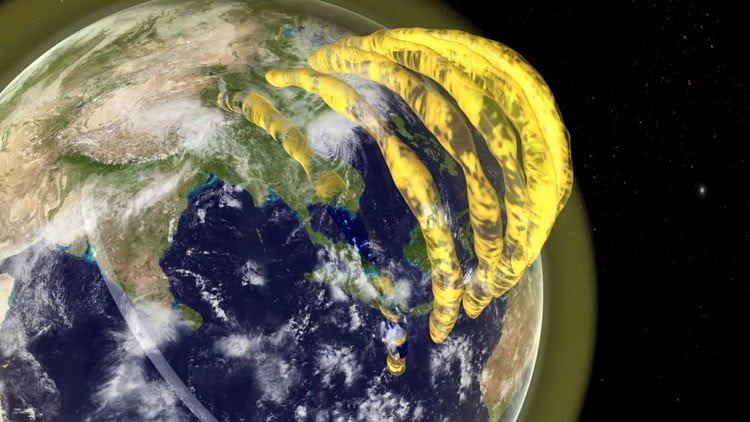 On June 19th 2015 we were given a link that I found fascinating. This is what I wrote to my website readers then.

You MUST SEE this video link here available thanks to a very bright Australian female astronomer.

Parts of the plasma accretion vortex structure were recently detected by the mainstream science:

What We Can Do to Help Now

On May 2nd I shared an appeal for meditation that was initiated by Untwine to help to reduce the risk of a critical escalation with the potential to ignite an intense final war in Aleppo Syria. We requested then “Please join us at 9pm Cairo/Central European time, 3pm EST, 12pm PST, any night or every night if you feel so called. The timing of this meditation also coincides perfectly with our Event meditation on Sundays!”

If one woman can stop a war utilizing Goddess energy, then can you imagine what a 1000 people regularly meditating and working in tandem with all of the Light Forces can do? I believe that this should indeed be our very main goal now and up until The Event is a fact.

An Invocation We Can Use

I ( say your name) right here and now invoke my Higher Self, the Source, the Galactic Central Sun, the Galactic Confederation, Planet/Mother Gaia and all Ascended Beings of Light, and in their name I declare and command that during these minutes while I sit here in meditation, that each breath of the Source Light and Love that I exhale, will be utilized by all of the above mentioned Light Beings to dissolve the entity known as Yaldabaoth. We declare and decree and command that this entity is removed in its entirety and taken to the Galactic Central Sun to be transformed. We ask that this entity be fully and completely removed on all timelines and all dimensions from now until eternity. This is the will of Source and therefore it is law and so it is, and so it is, and so it is.

In the recent interview of both Cobra and Corey Goode by Rob Potter we learned that the date of July 8th has been chosen to be the date of the goal for Full Disclosure. Many may have interpreted this date as also being the date for The Event.

We know that at the time of The Event that Full Disclosure is one of the important Events among the many different Events that are part of these now 40-year-old plans. Many Lightworkers and many websites will be working now on many levels towards this aim. If we want this date to also be the time of The Event, then we really need to do this work of dissolving this entity because its existence is THE main obstacle to The Event taking place.

The Event Will Be Reported in Mainstream Media

A few last reminders taken directly from Cobra’s update on May 8th 2016:

When the Event / Reset / RV begins, it will be very evident to everyone and it will be reported in the mass media.

Before the Event can happen, the Solar System plasma anomaly must be healed, the Solar system plasma entity (Yaldabaoth) must be disintegrated and plasma toplet bombs removed

Yet it is important to be prepared as the Event will begin suddenly without any warning and here is how you can help when it happens:

Let’s do this now!

Victory to the Light ~ and Peace on Earth

Bringing the Light Through