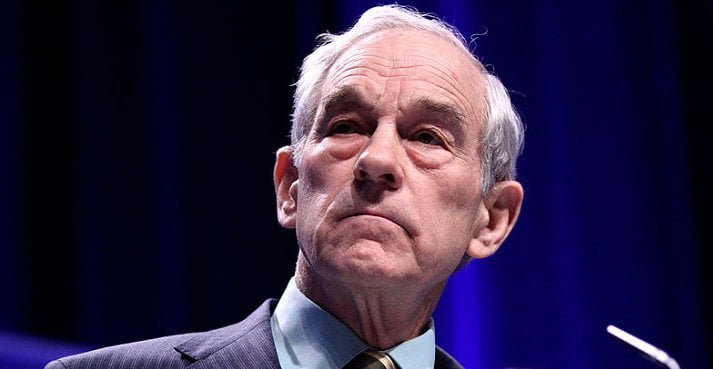 “This is the way the system works, it’s a rotten system, and I see elections as so much of a charade. So much deceit goes on. . . . whether it’s a Republican or a Democrat president, the people who want to keep the status quo seems to have their finger in the pot and can control things. They just get so nervous so, if they have an independent thinker out there, whether it’s Sanders, or Trump, or Ron Paul, they’re going to be very desperate to try to change things. . . . More people are discovering that the system is all rigged, and that voting is just pacification for the voters and it really doesn’t count.”

Above are the words of Dr. Ron Paul, three-time presidential candidate and a former member of the U.S. House of Representatives. Similar to Bernie Sanders, Dr. Paul attracted significant attention while he was in the running, appealing to the intellect of the masses and helping to   wake people up to the realities of the U.S. electoral system.

U.S. presidential elections are rigged. This is the truth that he, and Sanders, and so many others, hope to make clear. Voting only provides the illusion of democracy, it does not actually serve democracy. In the video below, Dr. Paul goes on to describe how the electoral process has become a giant charade, meant to entertain rather facilitate democracy. He also argues that who exactly is chosen for president is irrelevant, because corporate interests will always prevent them from effecting real change. In a  recent debate with Hilary Clinton, Bernie Sanders made the same arguments, saying that “no matter who is elected to be president, that person . . . will not be able to succeed because the power of corporate America, the power of Wall Street, (and) the power of campaign donors is so great that no president alone can stand up to them.” (source)

It is an uncomfortable truth, as Bernie himself admits, but it is a reality we must face. And hearing this for the first time can be jarring, to be sure. We’ve been told that the world operates in a specific way, that we decide who our political leaders will be, but as with anything in life, it’s important that we discover the truth for ourselves rather than trusting blindly the words of others. We have been programmed to believe everything we are told, and corporate media is not telling us the truth.

Dr. Paul and Bernie Sanders are not the only major political figures to speak out about this issue. Various presidents and politicians have been saying this for decades. For example, Theodore Roosevelt, the 26 President of the United States,  told the world that “behind the ostensible government sits enthroned an invisible government owing no allegiance and acknowledging no responsibility to the people.” He also stated that “presidents are selected, not elected.” Even the very first British MP, Benjamin Disraeli, warned us that “the world is governed by very different personages to what is imagined by those who are not behind the scenes.”

The real menace of our Republic is the invisible government, which like a giant octopus sprawls its slimy legs over our cities, states and nation . . .  The little coterie of powerful international bankers virtually run the United States government for their own selfish purposes. They practically control both parties . . . [and] control the majority of the newspapers and magazines in this country. They use the columns of these papers to club into submission or drive out of office public officials who refuse to do the bidding of the powerful corrupt cliques which compose the invisible government. It operates under cover of a self-created screen [and] seizes our executive officers, legislative bodies, schools, courts, newspapers and every agency created for the public protection. (source)(source)

Here is another great one from the 28th president of the United States, Woodrow Wilson, taken from his book The New Freedom:

Since I entered politics, I have chiefly had men’s views confided to me privately. Some of the biggest men in the United State, in the field of commerce and manufacture, are afraid of somebody, are afraid of something. They know that there is a power somewhere so organized, so subtle, so watchful, so interlocked, so complete, so pervasive, that they had better not speak above their breath when they speak in condemnation of it. (source)

As you can see, the idea that the system is corrupt and ruled by outside influence is not a new one, but it is only recently that the general population has begun to see it for themselves.

“Democracy is popular because of the illusion of choice and participation it provides, but when you live in a society in which most people’s knowledge of the world extends as far as sports, sitcoms, reality shows, and celebrity gossip, democracy because a very dangerous idea. Until people are properly educated and informed, instead of indoctrinated to be ignorant mindless consumers, democracy is nothing more than a clever tool used by the ruling class to subjugate the rest of of us.”

Presidents now seem to be little more than figureheads, meant to capture the hearts and attention of the people while leaving corporations (controlled by the big banks) free to do as they will, polluting and destroying our planet in their endless quest for profit. Barack Obama was a big time celebrity, and there is no doubt in my mind that Hillary Clinton will be the same by taking on the role of “first female president.” While this is obviously a commendable and much-needed step forward for gender quality, I think we need to take a step back and consider the bigger picture. We can’t look to our political leaders for change, we have to look to ourselves, because our desires are not being represented or addressed in the political sphere. The ongoing GMO debate is just one example of this, but there are many.

If we want to change the things which matter the most — the degradation of the environment, the military industrial complex, poverty, among others — we can’t keep looking to political ‘leaders’ like Obama or international organizations like the UN, all of whom give empty speeches, year after year, like they’ve always done, without taking real action. And nothing ever seems to get done.

Don’t let them fool you any longer. Change will not come from them; it never has and it never will. Change can only come from you and from me, and the first step is awareness. See the circus for what it is and choose not to participate. If we keep looking to ‘them’ to provide the solutions we need to take care of our planet, we will continue down this road to destruction. It’s how we got here in the first place.

I will leave you with these words from the late Carl Sagan, which neatly explain how it is we continue to be blinded by those in control: “One of the saddest lessons of history is this: If we’ve been bamboozled long enough, we tend to reject any evidence of the bamboozle. The bamboozle has captured us. Once you give a charlatan power over you, you almost never get it back.”