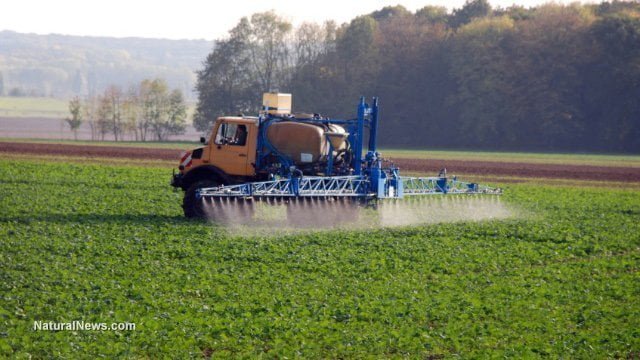 (NaturalNews) A new landmark study has refuted many of the claims of the genetically modified organism (GMO) industry, demonstrating that many of the promises of GMO agriculture remain unfulfilled decades later.

The study by the National Academy of Sciences concluded that GMO farming practices have created pesticide-resistant insects and herbicide-resistant superweeds that now constitute “a major agricultural problem.”

The research also found that herbicide-resistant GMOs have led to increases, rather than decreases, in toxic chemical use, and that they fail to increase crop yields for farmers.

The report also admits that there has been very little research conducted into the safety of GMO crops for either human health or the environment.

Only two major varieties of genetically modified (GM) crops have been commercialized: crops resistant to herbicides (initially just to Monsanto’s flagship herbicide, Roundup/glyphosate), and crops that produce a pesticide known as Bt toxin within their cells.

The new report concludes that the adoption of Roundup resistant GMOs led farmers to dramatically increase their use of Roundup on their fields, thereby directly leading to the evolution of Roundup resistance in agricultural weeds. Some superweeds, such as the seven-foot-tall Palmers pigweed, are now so out-of-control, that they threaten farmers’ profits – the opposite of what farmers were promised by GMO companies. Large tracts of formerly productive North American farmland are now overrun with weeds that are nearly impossible to kill.

The researchers recount cases of farmers resorting to banned pesticides (such as DDT) or even flamethrowers to clear out patches of Roundup-resistant weeds.

They also show that the use of Bt crops has accelerated the evolution of Bt resistance in insect pests, such as the pink bollworm. This now poses a major threat to cotton agriculture in places where GM cotton is grown.

The report recommends that new, strict regulations be put in place to ensure that GMOs are grown in ways that do not encourage further Bt and herbicide resistance. But it shies away from recommending that agriculture turn away from GMOs.

In fact, having built a fairly damning case against GMOs, the report then turns to apologism, claiming that the current evidence does not support claims that GMOs are harmful to human health or the environment. The authors only briefly mention the reason for this conclusion:

GMO labeling is required in the European Union and in many other countries, but remains a hotly contested topic in the United States.

Despite the report’s recommendations, few changes are likely to be made to U.S. agricultural practices. The US Department of Agriculture recently approved new GMOs that are resistant to both Roundup and to 2,4-D, the herbicide used in the Vietnam War defoliant Agent Orange. Both chemicals have been linked to a long list of health problems, and are classified as probable carcinogens by the World Health Organization.

“This is part of a growing problem, an escalating chemical arms race going on across America’s heartland,” wrote the Center for Food Safety at DOW-Watch.org.

“Like Roundup before it, 2,4-D is only a temporary solution that will require more and more toxic chemicals leaching into our environment and food supply.”

Meanwhile, Harvard researchers announced that, in partnership with Monsanto, they are engineering new forms of Bt toxin to try and overcome growing resistance. Ignored is a 2002 finding by the Environmental Protection Agency that the best way to fight Bt resistance is simply to … plant fewer GMOs.