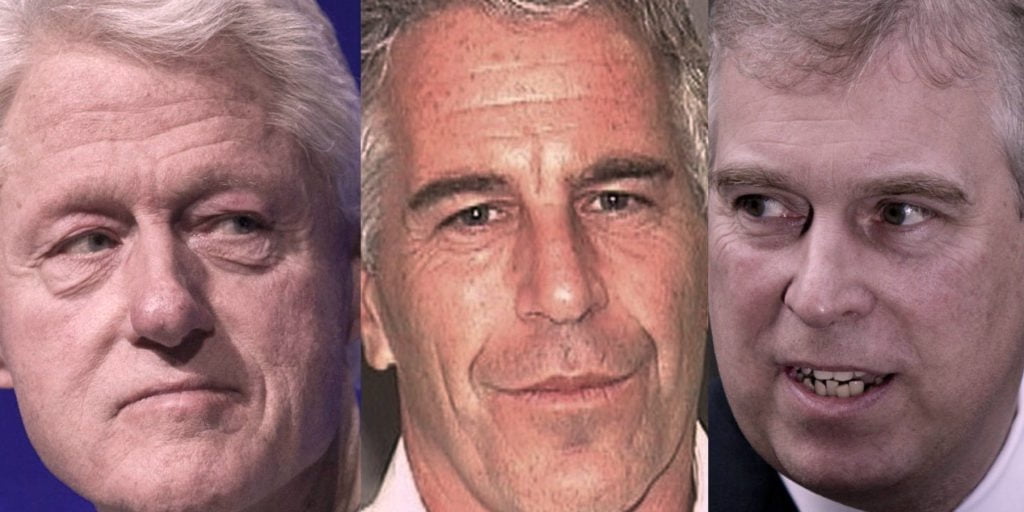 TMR Editor’s Note:
This story is perhaps the single most “Radioactive Scandal of the Millennium”.

It involves the House of Windsor and the Clinton political dynasty, a powerful Neocon Harvard-affiliated attorney and both presumptive GOP and Democrat presidential nominees.

What makes this story SO RADIOACTIVE is that an extremely dangerous and extraordinary legal precedent was set…in posh and swanky Palm Beach, Florida.  Simply explained, a plea bargain was negotiated for convicted pedophile Jeffrey Epstein which radically departed from all generally accepted principles and protocols that are routinely adhered to within the U.S. criminal justice system.  The following short video reveals the essential legal facts by a Florida attorney who is very close to the case.

As matter of historical fact, the true back story to Mr. Epstein’s absolutely incredible “non-prosecution agreement” with federal prosecutors is so far off the charts that it will not go away. In all likelihood it will not go away until those who negotiated it on behalf of the government answer for their actions.

At the end of the day, this is the type of system-shattering event that has the potential to really bring down the whole System. When the political corruption and judicial misconduct is so blatant and in your face, the inevitable blowback can often be fast and furious.

TMR Prediction:
Look out for this one!  You know how every generation has its major scandal(s). Watergate. Iran-Contra Affair.  The Clinton-Lewinsky Saga.  Obama’s Birth Certificate.  Emailgate.  Servergate.  2016 now has yet another to add to Emailgateand Servergate.  The Jeffrey Epstein Scandal has all the combustible ingredients and serious power-players to blow up in a Palm Beach flash.  For the uninitiated there are some very good reasons why the underlying gross miscarriage of justice will not go unaddressed.  And that it may even go all the way up the flagpole, closer to the top, than any which have come before.  First, there are some extremely influential Florida attorneys who have suffered some serious defamation of character for only doing their job.  Powerful attorneys will not stand by and see their reputations ruined by the criminal elite.  Secondly, the purposeful malfeasance on the part of the prosecution is as unrivaled as it is inconceivable.  Things like this just don’t happen. They’re not supposed to happen in America.  Thirdly, this made-for-TV Palm Beach blockbuster has every bad actor (read: rich and famous personality) all in the first ‘episode’. It has all the right elements for a super-blockbuster mini-series, which may just be produced after all the perps are safely put away in prison.  This last point may be the one that causes this story to really go supernova.  Yes, it’s that radioactive because the inner workings of the ruling cabal’s control matrix (and other world elites) has somehow been compromised, if not graphically exposed.   This is NOT ever supposed to happen.  Revelations like this are NEVERsupposed to make it into the public domain.   And when they do, it can only be by intentional design.  Which means the last ‘episode’ of this ongoing series just might revealby whose “intentional design”.  For that, truly, is the final $64,000 question that remains to be answered where it concerns the Jeffrey Epstein Scandal.

This criminal case revolves around an underage sexual favors ring commandeered by one Jeffrey Epstein.  There is even a “little black book” which recorded all the BIG names of those who participated in this long-term pedophilia party.  That the ringleader — Epstein — was offered a sentence that was completely disproportionate to the crimes was bad enough. That the aggrieved parties or their attorneys did not participate to any degree in the prosecution’s decision process was also completely unacceptable by any legal standard. Because the final plea bargain was negotiated in total secret, those involved in the process it seems got caught off guard.   That’s why it has taken since 2007 to resolve this criminal justice fiasco.  The concerned attorneys got so blindsided because it appears that they did not know they were up against the world’s most powerful pedophilia network.  Hence, the seriousness of the crimes committed bore no relationship to the punishment meted out.

N.B. The following post teases out in a little more detail just how historic the Jeffrey Epstein Scandal really is.  The reference links at the bottom are particularly telling.

How a HUGE Palm Beach scandal may bring down the world’s rich and famous, powerful and well-connected 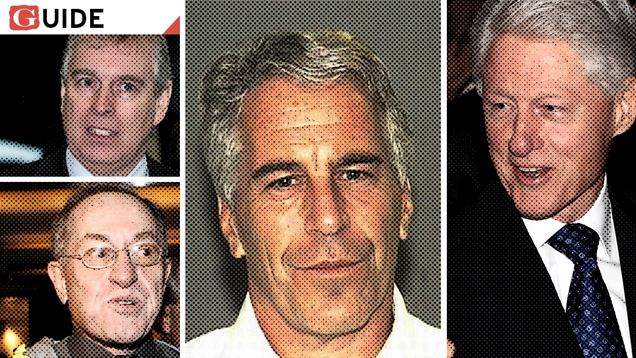 Who approved the extremely controversial non-prosecution deal that was negotiated by Alan Dershowitz on behalf of Jeffrey Epstein?  Who oversaw the prosecutor and why was precedent broken in such an egregious way?

State of the Nation

If ever there was a scandal-in-the-making that has the potential to bring down the whole house, it is the one brewing under the MSM radar since 2007.  That was the year that famed attorney Alan Dershowitz apparently negotiated an unheard of plea deal for Palm Beach billionaire Jeffrey Epstein.  Epstein agreed to serve 13 months in ‘prison’ for sex crimes with underage girls who were procured for their massage services.

Legal Back Story:  Alan Dershowitz and the Epstein Plea Deal

To make a very long story, very short, the same Jeffrey Epstein has had relationships with Bill Clinton of Monica Lewinsky fame, Prince Andrew of House of Windsor fame and Donald Trump of GOP presidential candidate fame.  There is no question that if there is one guy who has the potential to draw all of these high and mighty under one roof, Epstein is the guy.

The $64,000 question is, of course, who is Epstein really working for.  Everyone knows by now that Lewinsky was a classic MOSSAD honeytrap.  Were the Epstein’s young girls recruited by Ghislaine Maxwell for a similar type of sexual sting operation?

The answers to these and other important questions seems to lie with the true back story of Robert Maxwell, onetime owner of the Daily Mirror British tabloid and father of Ghislane.  Before that story can be properly teased out, the following interview between Florida attorney Mike Papantonio and Thom Hartman is a must view. Pap as he is known has followed the extremely unique legal and judicial treatment of the Epstein plea bargain. The terms and conditions of that ‘sweetheart deal’ were as lenient as any ever seen to come out of the U.S. criminal justice system. 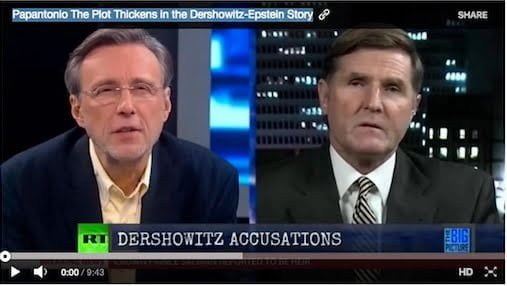 If this story does not go away very quickly, then it has the potential of swallowing up many wealthy and influential in a serious black hole.  In spite of the mainstream media (MSM) having strictly avoided this ongoing South Florida soap opera, it does seem to have legs that will not stop walking.  The outrageous plea deal has clearly caused enough of a ruckus in certain circles of legal respectability that this whole drama may very well explode within the MSM, whether they want it to or not.  If and when that happens, expect the 2016 campaign season to get even more wild and crazy.

Again, the most obvious and critical questions about the Epstein criminal case have been aptly put by another blogger as follows:

“And exactly with whom did Dershowitz negotiate on behalf of Epstein?  And upon whose authority?”   — Scanned Retina

JEFFREY EPSTEIN: THE SEX OFFENDER WHO MIXES WITH PRINCES AND PREMIERS

Jeffrey Epstein and Bill Clinton: How will Hillary’s campaign be affected?

Why is Trump’s name in Epstein’s little black book?