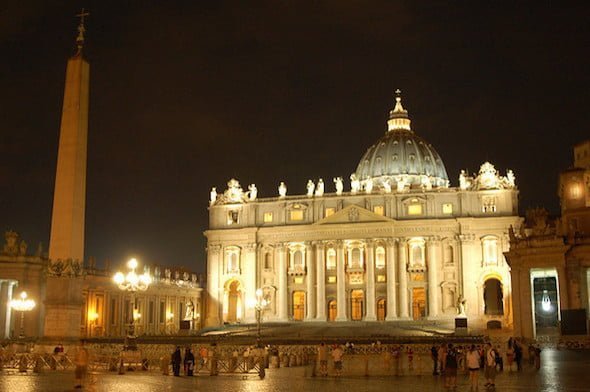 The Catholic Church has been struggling to remedy internal proceedings ever since it wasrevealed in 2002 that bishops across the nation shielded pedophile priests from consequences.

Last year, Pope Francis looked to hold bishops accountable when he announced the creation of a tribunal with authority to dismiss bishops who played a role in covering up abuse. But now the pope has apparently changed his mind.

The pontiff announced Saturday that he was abandoning the tribunal proposal and instead would clarify existing laws regarding the removal of bishops. According to Nicole Winfield’s report in The Washington Post:

The new procedures sought to answer long-standing demands by survivors of abuse that the Vatican hold bishops accountable for botching abuse cases. Victims have long accused bishops of covering up for pedophiles, moving rapists from parish to parish rather than reporting them to police — and suffering no consequences.

But the new law was immediately criticized by survivors of abuse as essentially window dressing since there were already ways to investigate and dismiss bishops for wrongdoing — they were just rarely used against bishops who failed to protect their flocks from pedophiles.

Winfield goes on to explain that the changes to the law mean very little. In fact, the only thing worth noting about the pope’s changes is that they make “no mention of the original proposal for the tribunal, which would have treated negligence as a crime and prosecuted it as such.”

When Pope Francis proposed the tribunal in June 2015, The New York Times reportedthat many abuse survivors “had a range of reactions, from skepticism to watchful optimism.” In light of Saturday’s announcement, the Survivor’s Network of those Abused by Priests expressed doubts that the clarified law would lead to any bishop’s dismissal:

A “process” is helpful only if it’s used often enough to deter wrongdoing. We doubt this one will be. …

In nearly every country on earth, there’s a “process” for dealing with those who hurt kids, directly or indirectly. It’s the justice system. But Catholic officials often and arrogantly and conveniently fixate on their own internal guidelines, and only in a minority of cases – when forced by brave victims or investigative journalists or irate parishioners or aggressive prosecutors – belatedly and reluctantly involve the independent professionals in law enforcement in clergy sex abuse and cover up cases. This latest untested internal “process” is, in reality, likely “more of the same” in a slightly new package. It’s more “let us deal with this ourselves” rather than what’s really needed – harsh punishment of dozens of bad bishops coupled with full disclosure of abuse files to secular authorities.

Winship explains that the law “call[s] for the Vatican to start an investigation when ‘serious evidence’ is provided that a bishop was negligent.” Bishops have the opportunity to defend themselves, but ultimately “the Vatican can prepare a decree removing the bishop or ask him to resign.”

Allegations of abuse were exposed in 2002 after The Boston Globe’s Spotlight investigative team reported on the issue. That story served as a catalyst to propel survivors to come forward; in the years since the Globe investigation, hundreds of cases have emerged. Most recently, a Pennsylvania grand jury report released in March revealed how two bishops covered up hundreds of abuses committed by priests in the state.